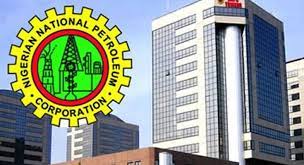 The Nigerian National Petroleum Corporation (NNPC) has concluded plans to raise bank loans for the acquisition of 20 per cent shares in the $12billion Dangote Refinery.

Contrary to speculation that the shares would be acquired through the Federation Account, the Group Managing Director, NNPC, Mallam Mele Kyari, said negotiations were ongoing with the selected banks.

In an interview with Channels Television, yesterday, Kyari, said the bank loans would be backed by cash flows from the project.

He said the stake which might be worth as much as N19billion is still under valuation, while assuring that the investment would be viable, thus ensuring petrol products security for the country.

Specifically, he said, “The investment is sustainable and that is why the banks have come forward to lend to us, so that we can take equity in this. We are not putting anything at stake.

“The information in the public domain alluding that the investment is inappropriate is not correct. We are very proud that we did.

“This is good for our shareholders, which include 200million Nigerians, who would have also happily bought shares from this refinery.

“But have done so on their behalf. Ultimately, the value will come to the country.

“There’s no way you can watch a business of this magnitude, of this sensitive to run without an embodiment of the national oil company. No country does that.”

According to him, when the Refinery becomes operational with the NNPC owned refineries, the country will become a net exporter of petroleum products across the West African sub-region.

He also disclosed that having successfully awarded the complete rehabilitation of the Port Harcourt Refinery, the contracts for the Warri and Kaduna refineries would be awarded before the end of July, 2021.

Kyari, who acknowledged that the corporation has not managed the refineries well in the past, said when fully rehabilitated, the refineries would be managed by others in line with the agreement reached with banks funding the projects.

“It means they can deliver commercially. Part of the requirements of the lenders is that we should not operate these refineries.

“We must have operations and maintenance contracts. Practically, these refineries will be run by the lenders”.

Already, the Dangote Fertilizer Limited, which is part of the project, has commenced commercial production of Urea.

Speaking at the commencement of production, June 5, 2021, President of the Dangote Group, Aliko Dangote, had told visitors that the plant, with a capacity to churn out three million metric tonnes per annum of urea, has been classified as the biggest project in the entire fertiliser industry in the world.

Specifically, he had informed the Governor of Central Bank of Nigeria (CBN), Godwin Emefiele, and other bankers that, “this Phase 1 of the project, which is estimated to cost $2.5billion, is to manufacture 3mmtpa of urea per annum.

“This capacity will later be expanded to produce multi grades of fertilisers to meet soil, crop, and climate-specific requirements for the African continent.”

According to Dangote, the fertiliser plant would make Nigeria the biggest urea exporting country in sub-Saharan Africa and the biggest producer of polypropylene and polyethylene.

“So, we have the potentials to export at least three to 4million metrics tonnes of Urea to different parts of the world.

“With this latest development, Nigeria has become one of the major producers of Urea in the world. This for me is a story, which no one would have believed would happen in Nigeria.

“Nigeria now ranks amongst the leading countries in the production of Urea in the world. This, for me, is a story that no one would have believed will happen in Nigeria.

“Dangote has committed that mechanical completion will be achieved by the end of this year and we are expecting that the refinery will be completed by the first quarter of next year.”