The Minister of State, for Mines and Steel Development, Alhaji Abubakar Bwari, says more than two millio` n people in Nigeria depend on illegal mining for their livelihood.
Bwari made this known at a two-day “First National Stakeholders’ Discourse on Opportunities and Challenges of Artisanal Mining in Nigeria’’ last Monday in Abuja.
According to him, most of the miners are poor and unemployed living in rural areas and employing crude methods and household implements to exploit these minerals which they sell to feed their families.
He said they were mostly found mining precious minerals like gold, silver, lead/zinc, sapphire, emerald, tourmaline, aquamarine, gypsum, barytes, silica sand, granite, sandstones, clay, and salt among others.
“We cannot afford to criminalise their activities and we cannot also fold our arms and watch as they damage the lives of our people and the environment,’’ he said.
He said some of the environmental problems which include lead poisoning, mercury pollution, deforestation, poor sanitation and heavy metals pollution among others were caused by Artisanal and Small Scale Mining in Nigeria (ASM).
Bwari said that the use of inappropriate mining methods and unwholesome mineral ore processing techniques impact dangerously on public health as they exposed people to heavy metal pollution and outbreak of infectious diseases.
He, however, said the forum was to address the myriad of challenges posed by illegal mining.
According to him, the ministry has made strenuous efforts to regulate ASM activities over the years.
The minister of state said that in the last three years, the ministry’s regulatory mechanisms had led to some measure of success.
“We are more than ever before determined to ensure better policing of artisanal miners through the newly constituted Mines Police.
“We have also increased the monitoring capacity of our Mine Inspectorate with the recent purchase of new vehicles.
“The formalisation policy of the ministry has also led to the registration of more artisanal miners into mining cooperatives”, he said.
Bwari said the ministry had trained more than 250 members of these cooperatives across the country.
He urged the participants to provide lasting solutions to the thorny issue of integrating artisanal miners into formal mining in Nigeria.
“As the theme of this conference clearly shows, there are great opportunities in the artisanal and small scale mining subsector which can lead to growth in the economy, while also enriching the lives of the miners themselves,’’ he said.
The minister of state also donated a Toyota Hilux to the executive of the Miners Association of Nigeria to aid the activities of the asFurthermore, “ASM also accounts for more than 80 per cent of global supply of gemstones, especially sapphire, emerald, tourmaline, rubelites, aquamarine, and topaz.
“More than 90 per cent of Nigeria’s mineral production comes from the artisanal miners and these miners use inappropriate methods and very rudimentary tools to exploit mineral deposits,’’ he said.
The Regional Director Band Country Representative for Nigeria and ECOWAS, Dr Jean Bakole, UNIDO, quoting the World Bank report said that 80 countries were involved in ASM practices and there were 100 million Artisanal miners globally.
Bakole, represented by Environmental expert with UNIDO, Mr Yemi Banjo, called for more support from mining stakeholders to holistically address ASM activities in Nigeria. 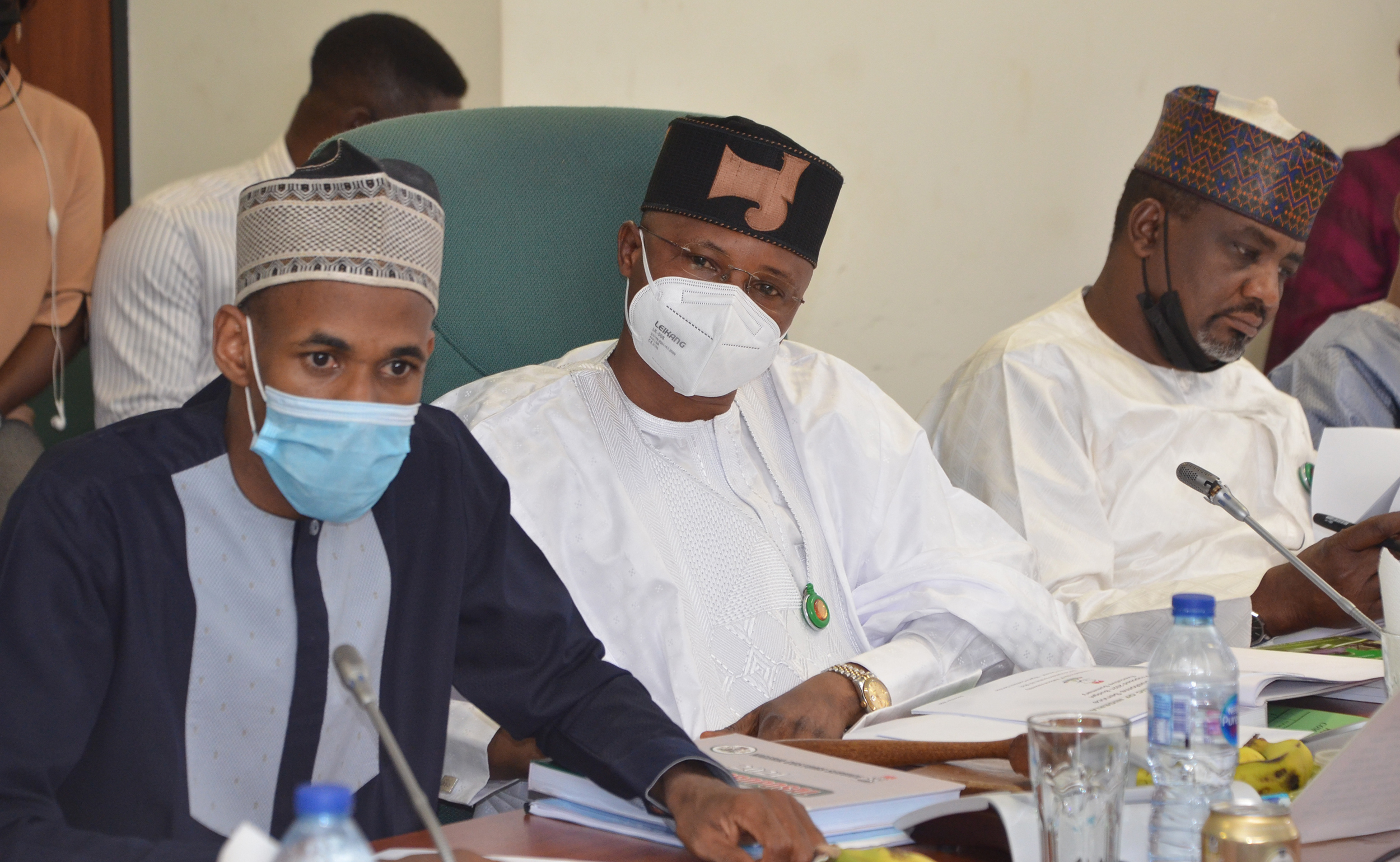 In order to reduce housing deficit in Nigeria, a real estate executive, Mr Ade Adebanjo, has urged investors in the private sector to consider investment in mass housing at affordable rate.
He said that time has come when attention should shift from government to the private sector in matters of mass housing, so as to bridge the housing deficit gap across the country.
Adebanjo, the Chief Executive Officer of the UT Finance Limited, a real estate financing firm, gave the advice while speaking to newsmen at the Port Harcourt International Airport, Omagwa, last Friday.
He said that the idea of encouraging the private sector to invest in mass housing was borne out of the conviction to redefine the narrative in mass housing.
“The overall idea and my conviction on this call is to challenge the status-quo, and to create a unique and innovative platform to deliver real estate solutions in Nigeria.
“The vision is to build future dreams and set the pace for a new innovative approach in tackling home ownership across the 36 states of the country, beginning with the most viable and populated cities.
“Until the private sector investors take rightful position in this matter and not just government alone, the problem of mass housing deficit will continue to be a mirage in the country”, he said.
Adebanjo also encouraged government at the state level to partner with private investors to make mass housing possible and available to its citizens.
He said that he has been discussing with government of various states on possible partnership in the provision of mass housing.
According to him, if the state is able to provide land for the project, his firm will provide the needed funds to execute the project, thus making easy for low income earners to be able to own homes on mortgage facility.
By: Corlins Walter 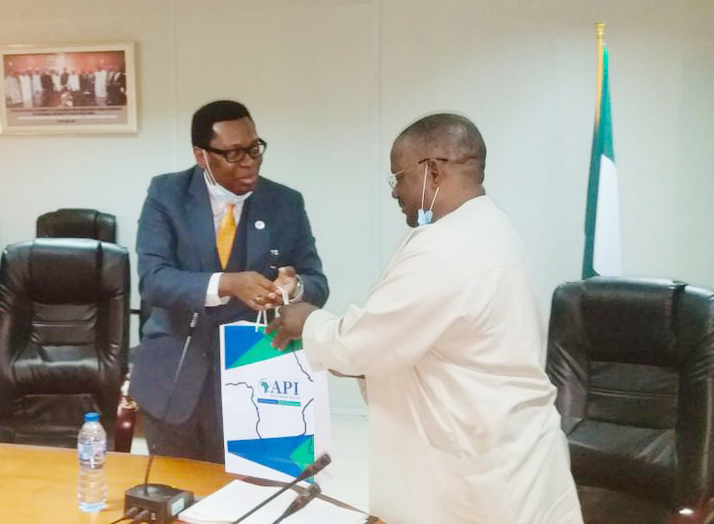 Angered by “monthly crazy bills”, 22 communities in Ikorodu North Local Council Development Area (LCDA), Lagos State, have written to Ikeja Electricity Distribution Company, IKEDC, asking to be disconnected.
In a letter dated February 18, entitled: “Request for de-loading of transformers in our communities” and signed by chairmen of 22 Community Development Associations, CDAs, in Ward E4, Ikorodu North, the communities stressed that they were tired of paying outrageous bills monthly.
The letter reads: “We wish to humbly request the immediate de-loading of the 13 transformers in the 21 communities in our areas by your organisation.
“This is as a result of the blatant refusal of IKEDC to look into several representations on issues connected with your services at various offices of your organisation – Adamo, Imota, Ikorodu and IKEDC headquarters without success.
“For the records, our organisation is the body representing all Community Development Associations, CDAs, in Ward E4, Ikorodu North Local Council Development Area, Ikorodu.
“And it is an indisputable fact that we have written several times to your organisation on these matters, which include estimated billing, poor services and pre-paid meters without any headway.
“Even when we had a meeting brokered by the Divisional Police Officer of Imota, with your officials on these issues, following a protest last year, nothing concrete came out of the exercise, especially on estimated billing, as the problem remains the same.
“As you read this, our people are being billed unjustifiably. Even those who are allotted just two weeks of unstable power cannot believe what they are been billed.
“Meanwhile, all efforts to ensure that pre-paid meters are made available to our people have not yielded a positive result, due to the nonchalant attitude of your organisation.
“This is both wicked and callous, to say the least.
“Against the backdrop of these developments and your brazen insistence on a master-servant relationship, we wish to request that your organisation de-loads the 13 transformers in our commu-nities and subsequent stoppage of electricity bills.
“We cannot afford to be slaves to any group or organisation of any kind any longer, hence the need to severe, as a matter of urgency, any relationship existing between IKEDC and our communities forthwith.”