The Federal Ministry of Health says more than 40 people have died as a result of the outbreak of Lassa fever in 12 states of the federation.

The Minister of State for Health, Dr Muhammed Pate, disclosed this at a press briefing in Abuja yesterday.

Pate said the disease was first reported in endemic states of Edo, Nasarawa and Plateau from where it was subsequently exported to Lagos, Port Harcourt and Yobe.

He described Lassa fever as an acute febrile illness, with bleeding and death in severe cases, caused by the Lassa virus.

It has an incubation period of  between six and 21 days to manifest in patients.

“The ministry through its surveillance system started to see cases of this in isolated manner but those cases accumulated. So far there are 397 suspected cases of which about 40 individuals have lost their lives unfortunately, as a result of this viral disease.

“We are very fortunate that we have reference laboratories in our country that can actually diagnose this illness in good time,” he said.

“The Iwu Specialist Hospital in Edo State and the Lagos University Teaching Hospital are very well equipped and have been able to identify and diagnose these cases and that has contributed to the promptness of our response in terms of this cases of Lassa fever.’’

Pate added that relevant health personnel had been sensitised and mobilised in areas of patient management and care.

“The ministry has also distributed protective gloves as safety equipment for healthcare workers because if health workers are not protected when handling a case, they can also get infected and that is an area that we can prevent”.

“What we are doing here today interacting with the media is part of the effort to sensitize Nigerians; we don’t want to know when a situation has gotten worse and what protective measure people can take”.

“Do not allow the rodent, the host of this virus to come into contact with either food or with human habitation, and there are practices that can be taken to prevent that from happening.  For instance,“the rodent live in bushes around houses, these are not the usual rats that live with people. These are rodent that live outside the house and when people either burn bushes or allow bushes to grow around their houses.  The rodent may be forced to come into contact with their food, with where they live or with water that get them to start to transmit this to people. People need to be aware of that,’’ he said

Pate said all health facilities in the country had been directed to emphasis on routine barrier nursing precautions and to ensure free treatment of patients.

He advised family members and healthcare workers to avoid contact with blood and body fluids while caring for infected persons.

“It is important to note that, the virus is not spread through casual contact, including skin to skin contact without exchange of body fluids.’’

It would be recalled that the Rivers State Health Ministry formally raised an alarm on the  outbreak of Lassa Fever in the state which claimed the life of a nurse while six others were infected.

Meanwhile, the Rivers State Government has inaugurated a Rapid Response Team, comprising medical experts from the University of Port Harcourt Teaching Hospital, UPTH and the Ministry of Health to help contain the disease.

Besides, the state Health Commissioner, Dr Sampson Parker assured that the 110 primary Health Centres spread across the 23 LGAs in the state have been equipped and supplied with necessary medical needs required to contain the epidemic. 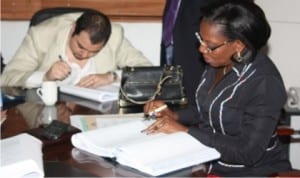