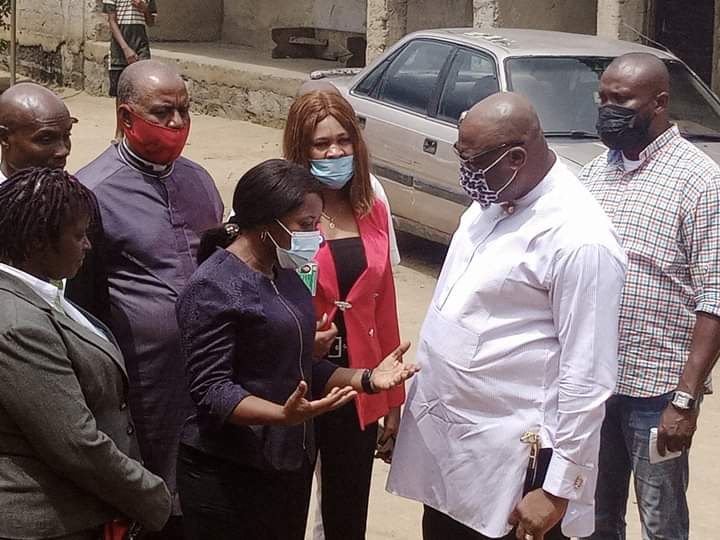 Chairman of Emohua Local Government Area, Dr. Chidi Lloyd, has declared that the area is no longer a safe place for crime and criminality to thrive.
He said there is no hiding place for criminal elements in the area as his administration has declared war on all activities that threaten peace and security in the area.
This, he said, was as a result of the security measures put in place by his administration in collaboration with security agencies and the local government vigilante services to forestall the resurgence of criminal activities in the area.
Dr. Lloyd made the declaration, recently, at the 2023 Armed Forces Rememberance Day celebration held at the Emohua Local Government Council headquarters.
According to him, Emohua, under his watch would ensure that members of the Nigerian Legion from the area do not regret risking their lives for the unity of Nigeria, while disclosing that plans are already underway to co-opt active legionnaires from the area into the local government vigilante services, with a view to tapping from their wealth of experience in crime fighting and community policing.
“We will do our best to ensure that you don’t regret risking your lives for our country Nigeria.
“We see a lot of you are quite young, so we are going to co-opt you into the local government vigilante services to tap from your wealth of experience in crime fighting.
“We will try to work out modalities with your leadership to ensure that you are carried along in whatever the council is doing; we must not wait for every armed forces remembrance day before we remember you. We will meet you at your point of need”, he said.
The Council Chairman, who noted that his administration had already fulfilled some of its promises to the legionnaires in the LGA, which include the provision of new uniforms and engagement of wives of the fallen heroes who paid the ultimate price to keep Nigeria united, also promised to extend same opportunity to wives of the surviving legionnaires, to reduce the burden on their husbands.
“We have already fulfilled some of the promises we made during last year’s armed forces remembrance day; we have provided new uniforms for the Legionnaires.
“We have also engaged some of the wives of our fallen heroes in some of the already completed facilities in the council and we shall engage wives of the surviving legionnaires”.
Lloyd, who commended the people of the area and the security agencies for the uninterrupted peace witnessed across Emohua LGA during the yuletide period, enjoined members of the Nigerian Legion to support the security agencies and the local vigilante with reliable information to sustain the existing peace and security in the area.
He promised to engage the Legionnaires to provide security for some of the facilities in the local government council headquarters.
The 2023 armed forces remembrance day which had in attendance former Chairmen of Emohua LGA, Eze Paul Wokhe Wonodi (Emolga PDP caucus leader); Hon John Wokoma and Hon Nnamdi Abbah, was also attended by former Rivers State commissioner for housing, Elder Chinedu Tasie Nwobueze, former Chief Medical Director of the University of Port Harcourt Teaching Hospital, Prof. Aaron Ojule; Chairman of the People’s Democratic Party PDP in Emohua LGA, Hon Uche Minikwu, traditional rulers and heads of security agencies.
Dr. Chidi Lloyd was accompanied by the vice chairman of Emohua LGA, Hon Mrs Edna Nyeche and members of the council management committee, the leader of Emohua legislative council, Hon Mrs Love Nyenke and members of the legislative council, as well as principal officers and appointees of the council.
Highlight of the ceremony was the inspection of the guard of honour by Dr. Chidi Lloyd, supported by heads of security agencies and special security units in Emohua LGA, which was followed by laying of wreath on the gravestone of the unknown soldier.