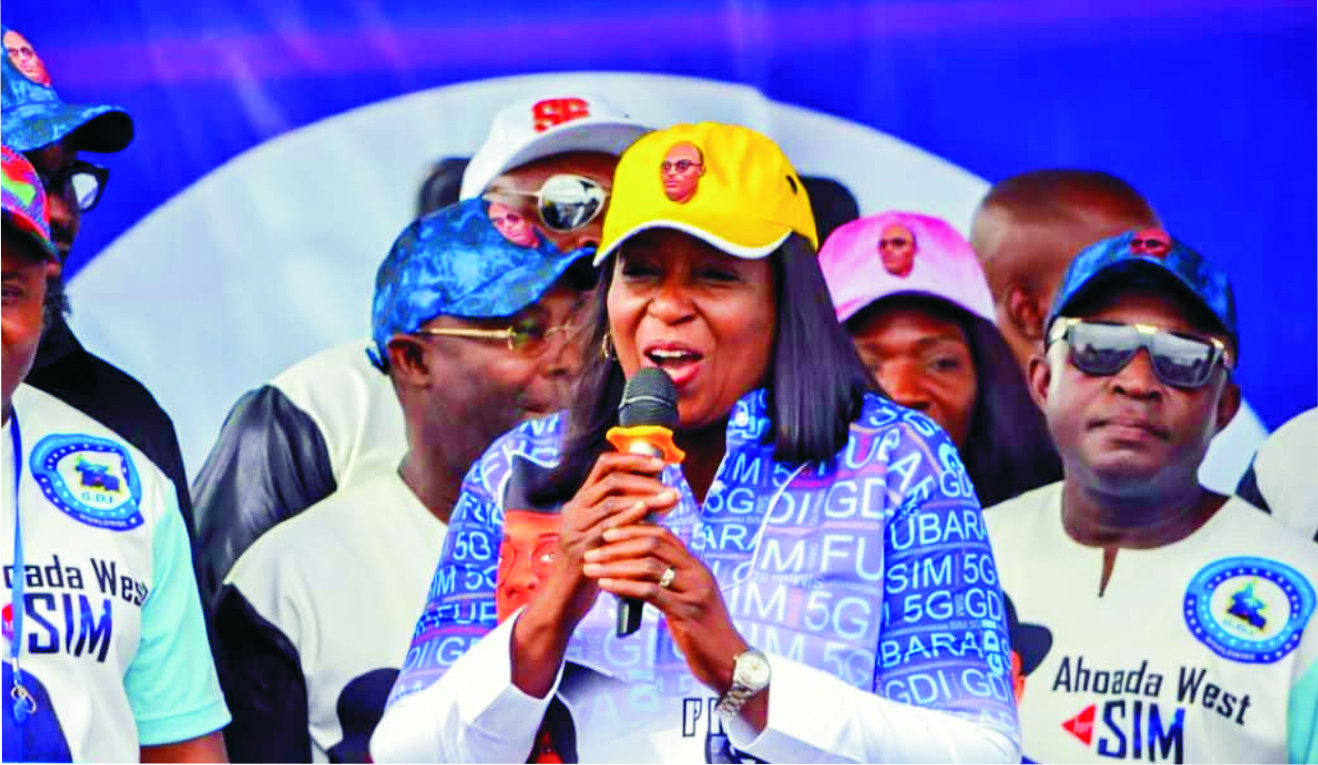 The Deputy Governorship candidate of the Peoples Democrstic Party (PDP), Rivers State, Professor Ngozi Odu, has urged the people of Egi clan, in Ogba/Egbema/Ndoni Local Government Area of Rivers State to get their Permanent Voters’Cards (PVC) to enable them vote PDP into power next month.
Professor Odu, who made the call during a new year vist to her people, said she knows that the Egi clan “loves me, and are solidly behind me and my principal.
“Sir Siminalayi Fubara, the in-coming Governor, is compassionate, kind hearted, and the most qualified candidate to govern Rivers State”.
She urged the Egi clan to ensure they all get their PVC, saying “it’s the means to ensure that your daughter is officially the Deputy Governor of Rivers State, come May, 29″.
While addressing various wards that she visited, Prof Odu lauded Governor Nyesom Wike for giving ONELGA a chance in governance and also expressed gratitude to her people.
She commended the leader of PDP in Egi, Chief Oris Onyiri, for what she called his leadership and organisational acumen throughout the four wards in Egi, and charged the stakeholders of PDP in the area to remain committed and focused to ensure that they achieve landslide victory on March 11.
The Deputy Guber candidate in company of Engr, Beniah Ojum, Dr. Shedrack Akolokwu, Prof Daniel Ogum, and others toured the four wards of Egi Clan, comprising Ward 8 (Etiti Zone), Ward 9 (Umu-Obor Zone), Ward 10 (Ahia-Ahu Zone), and Ward 17 (Usozimin Zone).
In his remarks, the member representing ONELGA Constituency 1 in the State House of Assembly, Dr. Christian Ahiakwo, commended Prof. Odu for her timely new year visit to her kindred, saying “it is a show of love and commitment.”
According to him, her “candidacy as Deputy to Sir Siminalayi Fubara is divine and a completed project to the Brick House come May 29.