Lawmakers representing  Kogi State in both arms of the  National Assembly  yesterday cried out over alleged terror being unleashed  on them and their constituents in the State by their State Governor,  Yahaya Bello.
The Lawmakers have called on President Muhamadu Buhari to call Governor Yahaya Bello to order, while they urged the international community to put Kogi politics on focus and save Nigeria’s democracy.
In a  statement, signed by  eight out of the twelve  federal lawmakers  from the state, the allegedly terrorised lawmakers , called on President Muhammadu Buhari to call the governor to order in the interest of survival of democracy in the state and by extension, in the country at large .
The  lawmakers comprising of the three senators from the State namely, Senators Dino Melaye ( Kogi West), Ahmed Ogemve ( Kogi Central), Atai Aidoko ( Kogi East ) and five out of the Nine Honourable members from the State in the House of Representatives  in the statement  enumerated series of alleged acts of terrorism the governor has unleashed on them and their supporters since 2017 till date
According to them , the latest of such actions was the prevention of Senator Ogembe from entering Okene last Saturday by suspected thugs of the governor aside being chased away by the same thugs in March this year  during an empowerment programme for his constituents in the same town.
The federal lawmakers in the statement  said it was a  known fact  to all watchers of events in Kogi State that the attacks on Ogembe by Governor Yahaya Bello , were simultaneously unleashed on   other lawmakers in the State at different times in recent times , turning the State to a lawless entity in a country governed by   constitutional democracy.
“This cry has become imperative because persons holding contrary or alternative political views with Governor Yahaya Bello can no longer move freely within the State, neither can they hold political meetings or conduct political activities such as Town Hall Meetings, Constituency Empowerment Programmes without violent interuptions by the State Government and its agents .
“ The governor has muzzled the state legislators, flagrantly disobeyed the judicial pronouncements of the courts and acting as Lord unto himself and no one else can challenge him in any manner whatsoever despite our constitutional democracy and its well entrenched time tested principles of checks and balances .
“ If , as Legislators , we are prevented from constituency visits, and our empowerment programmes are violently disrupted by the Governor, one wonders how it would be possible for elections to hold without violence in 2019 .
“ Enough is enough , we hereby call on Mr . President to instruct the Police and other security agencies to be neutral politically and call the Governor to order “, they said .
They added that as far as they and good people of Kogi State are concerned, Yahaya Bello’s government within the last two years has been nothing but reign of terror, lawlessness and regression to the archaic state of nature “ where life is short, brutish and nasty” 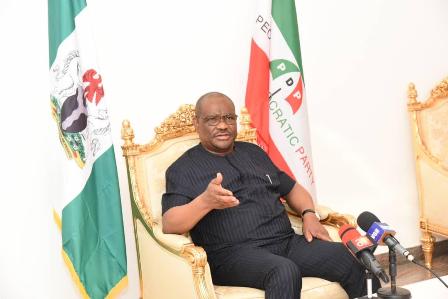 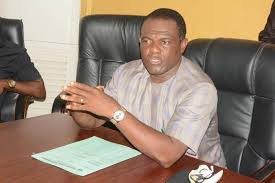 The Executive Chairman of Degema Local Government Area of Rivers State, Hon Tony Philmoore, has inaugurated a 21-man Community Development Committee of Bakana Community at the council’s head quarters, Degema.
Speaking to members of the committee, Dr. Philmoore enjoined them to work in synergy, avoid conflicts in the course of performing the task of attracting development to the community.
He appealed to them to make Bakana the fulcrum of their activities, focus on the things that would unite and jump start development, adding that CDCs were legal community based organisations that partnered government in developing rural communities.
The council boss promised to give a grant of N250,000 to the committee at the end of February, this year to defray administrative cost.
Responding on behalf of his colleagues, the CDC Secretary Sir Victor Iyalla, thanked the Executive Chairman for his commitment and love for the community. He assured him of the CDC’s determination to succeed and implored the chairman to give them all the support they would need.
Those inaugurated as executive members were: Pst. Tonte Davies Chairman, Chief C.C. Braide Vice Chairman, Victor Iyalla Secretary, Asiton-a William Duke PRO, Vincent Iboroma Treasurer and Owunari Edwin Iyalla Legal Adviser. 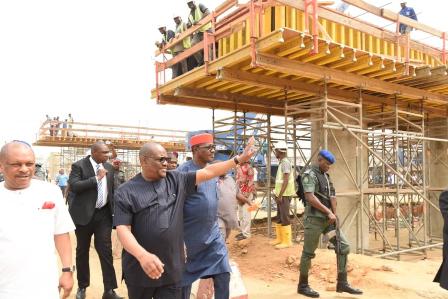 Hundreds of Port Harcourt residents, yesterday, celebrated Rivers State Governor, Chief Nyesom Wike as he inspected the ongoing construction of Rebisi Flyover Bridge (former Garrison).
The Rebisi Flyover Bridge is one of the three iconic bridges under construction by the Wike-led administration to ease traffic congestion and facilitate business activities in the state.
Wike expressed satisfaction with the quality and pace of work, thanking the workers for their commitment to delivering the project on schedule.
The governor, who trekked all through the length of the Rebisi Flyover Bridge, interacted with the workers on site.
He also took out time to talk with residents who trooped out to sing his praises for promoting the development of Port Harcourt.
The inspection visit to the Rebisi Flyover Bridge revealed that the contractors have finished the preliminary works, while works have been concluded on the substructure of the flyover bridges.
It was also discovered that the piers and abutments have been completed, alongside the foundations.
The super-structures of the flyover bridges, especially the main pillars, are now in place with Port Harcourt residents appreciating the quality of work by the contractors.
Earlier in January, the Rivers State Governor, Chief Nyesom Wike personally met with traders and residents to seek their support for the timely completion of the flyover bridges.
Wike said that though the exercise was painful, all residents must contribute to ensure the flyover bridges are delivered.
“I am here to personally appeal to the people because I feel their pain. But this is a sacrifice everyone must make for the state to move forward.
“To do three flyover bridges the same time is not an easy task. Therefore, we must work hard to achieve the target. The target is that Julius Berger must hand over the three flyover bridges on February 20, 2021,” he added.
It would be recalled that the Rivers State Government had, last October, flagged off construction work on three flyover projects at Rumuogba (Artillery Junction), Rumuokoro Roundabout (Okoro-nu-odu), and Rebisi (Garrison Junction) at a total cost of N21billion.
While flagging off the projects, the governor also directed the contractor handling the three projects, Julius Berger, to deliver the flyover bridges within 16 months in line with agreed timeline, and according to specifications.