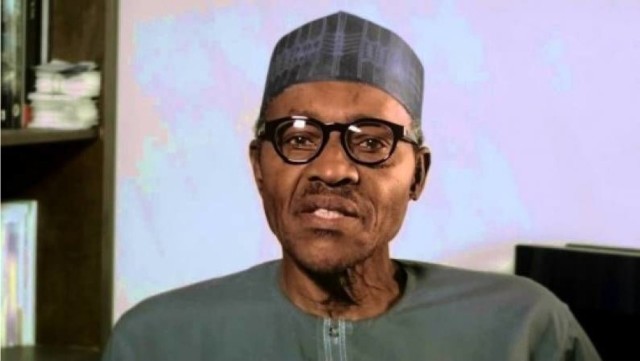 It is always ridiculous when you hear people who show concern over President Muhamadu Buhari’s health being castigated by those who feel they love the president even more than himself.

It is no longer news that since the president returned from a prolonged medical vacation in the United Kingdom about two months ago, he has scarcely attended the weekly Federal Executive Council (FEC) meeting and other state functions. He and the Vice President, Prof Yemi Osinbajo were conspicuously absent at the May Day rally organised by the labour unions, leading to a commotion at the Eagle Square, Abuja.

Expectedly, not a few Nigerians are speculating on the President’s true health situation, alluding to some negative thoughts. Unfortunately, the Presidency’s approach rather than redress the negative speculations, leaves Nigerians even more curious.  The issue was believed to have topped the agenda of a meeting held by former President Olusegun Obasanjo and ex-military Heads of State, General Ibrahim Babangida and General Abulsalami Abubakar in Niger State last Monday.

The growing speculation probably prompted the First Lady, Aisha Buhari to comment through her Twitter handle on Tuesday thus, “ I wish to inform everyone that his health is not as bad as being perceived. Meanwhile, he continues to carry out his responsibilities during this period. “As it may come to your notice, he is meeting with Minister of Justice and GMD of NNPC this evening…”

Similarly, one of the President’s spokesmen, Garba Shehu, was quoted as saying that Buhari has been advised by his doctors to rest more and take things slowly after his last medical vacation, but  had resumed work and would likely chair the FEC meeting on Wednesday. However that was not to be as the Minister of Information and Culture, Lai Mohammed informed newsmen that the President chose to rest on that day, following his doctors’ advice.

Given all these scenarios, one wonders why any individual or groups, political, religious or ethnic, would continue the cover up and pretend that all is well with the President. That the President has some health challenges only shows that he is human and he is likely to take ill like every other human being. Even the Constitution recognises that the President can be sick and that he can discharge his duties through the Vice President and the Ministers. A lawyer while speaking during a radio programme yesterday made it clear that absenting from FEC even for 10 times does not constitute a violation of the Constitution.

What that means is that the President in his own discretion, could hand over power to the Vice President as he did early in the year, to enable him take care of himself either within or outside the country as he may deem fit.  The president’s high level of patriotism and zeal to make Nigeria a better place is never in doubt but he has to be in a good shape to actualise his vision. He should not pay attention to power mongers who are playing politics with his health for their own selfish interests. One big lesson about life is that no one is indispensable . Life goes on with or without anybody. If in a bid to struggle to carry out his responsibilities as the President, he loses his life, definitely, the nation will not stop to exist. Life will continue.

No doubt, this hullaballoo about the President’s health is generating avoidable pressure, especially from busienss-minded politicians and Nigerians who would want to benefit from the evolving situation.

Just recently, a chieftain of the All Progressives Congress, Bisi Akande warned that those whose plan is to feast on Buhari’s health status for their own selfish political gains, should desist from such act. Of course, our collective interest at this critical period should be how to get the President back on his feet so that the country can move forward.

It is also important as the President-General of Ohanaeze Ndi Igbo, Chief John Nnia Nwodo had advised for the Presidency to be transparent about the President’ s health. It’s really difficult to understand why our leaders keep the citizens in the dark on virtually every issue. Information is not provided about the day-to-day running of the government both at the state and federal levels. Once a state or federal budget is passed, the citizens cease to know anything about its implementation, how much is spent and on what. Even when someone asks questions, he is termed an enemy being used by political opponents to destabilise the government in power.

One recalls how the former Governor of Enugu State, Barrister Sullivan Chime jetted out for what was later to be known as medical trip in 2013. Leaving Enugu in the third week of September, no information was divulged by the governor and his media handlers other than the fact that he was proceeding on his annual leave and that his deputy would govern the state in his absence. There was no indication of where he was headed. There was no word on how long he would stay. Neither was anything said about his real mission, his health. The so-called annual leave lasted for five months. His return was also as secretive as his departure.

Such executive silence cannot help us in any way. Rather, it shows utter disregard and disrespect of the people who voted them in power. It also suggests that the people they lead count for little and are not fit to know the health status of their leaders. Moreso, those neglected people provide the money for the leaders’  general upkeep.

Our leaders need to be reminded that keeping the people in the dark as is the case with Buhari’s health will only give room to rumours and speculations which might not be in their best interest or that of the nation.

Tale Of The Iroko

Leaving A Legacy For The Young