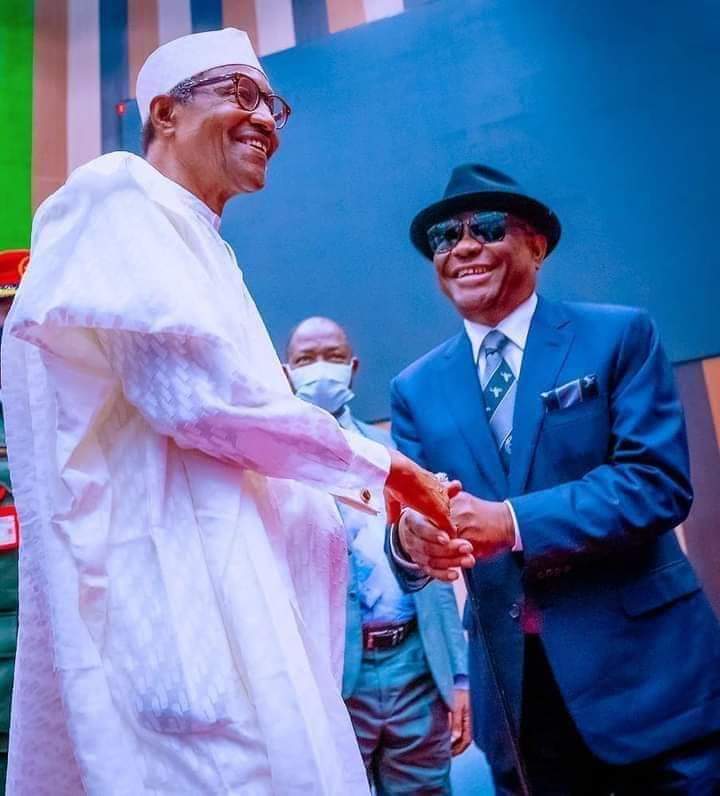 That Avoidable Tragedy On Onne-Eleme Road

How did the other South-South states, aside from Rivers, expend their arrears of the 13 per cent derivation refunds that were illegally deducted from the oil-producing states by the Federal Government since 1999? That is the tough question on the lips of some stakeholders mostly in the affected states.
This came after the startling revelation by the Rivers State Governor, Chief Nyesom Wike, that Nigeria’s President Muhammadu Buhari authorised and paid the arrears to Rivers, Bayelsa, Delta, Edo and Akwa Ibom States. Wike spoke on the development last Friday during the inauguration of the N17 billion Port Harcourt Campus of the Nigerian Law School.
Responding to those who had been seeking to know how the Rivers State Government was able to obtain funds to execute projects many of which are being inaugurated or commissioned, Wike replied that President Buhari’s gesture was the major source of revenue for his projects, including the flyovers, the law school, the cancer centre, among others.
Hear him: “Monies that were not paid to the Niger Delta states since 1999 mainly 13 per cent deductions, the President approved and paid all of us in Niger Delta states.” Wike had reiterated a similar remark at two separate events afterwards. Following the disclosure, stakeholders have begun to ask their governors questions on how they spent or are spending their allocations of the money.
Now that the Rivers State Chief Executive has let the cat out of the bag, some of his fellow governors in the region have come out of their comfort zones to offer explanations or tell cock-and-bull stories better told to the marines. This divulgence indicates that Wike is truly fighting for the masses, even though he stands the risk of making more enemies for himself.
Speaking on the matter through his Chief Press Secretary, Olisa Ifeajika, the Delta State governor, Ifeanyi Okowa, said the state had drawn only N30 billion from its accrued share of N270 billion from the 13 per cent derivation arrears. He said his administration opted to access its share through a bridge finance loan of N150 billion from a bank. The Delta governor declared that since the Federal Government could not pay the money in bulk, the oil-producing states agreed for some part of it to be disbursed within three years and the other within five years.
Some Bayelsa stakeholders took to social media over the slow pace of development amidst considerable resources. The big question on their lips has been what happened to Bayelsa’s stake in the money paid by the Federal Government? Similar questions are asked by residents of Akwa Ibom and Edo States. While some have threatened to use the Freedom of Information (FoI) Act to compel their government to account for the money, others have called for a probe into the seemingly looted funds.
Astonishingly, some governors in the Niger Delta could receive such a tremendous amount of money in these hard times yet decline to pay salaries and pensions regularly. In some affected states, infrastructure is decrepit and development is apprehended. While Governor Wike has been building flyovers and executing other developmentally-oriented projects in his state with the windfall, the question is, what have the other governors who got a similar treasure-trove been doing with theirs?
It is time transparency and disclosure were enforced in the administration of the 13 per cent derivation by state governments. Reportedly, eight states have been benefiting from the scheme. The eight oil-producing states received about N6.589 trillion from the federation account under the derivation principle, between 2009 and 2019. Sadly, there has been little or nothing to show for such allocation in some beneficiary states as agitations for benefits continue among the people directly impacted by oil production.
For states receiving derivation payments, translucency is even more key, given the history of state governors’ management of these funds. That way, the temptation to yield to corruption risks is reduced, wasteful spending is curtailed and oil-producing communities have a greater chance of getting these funds to work in their interest.
Governor Wike deserves commendation for exposing the non-performing governors in the crude oil and gas-rich Niger Delta region, who collect huge derivation funds and arrears but without any corresponding projects on the ground to justify the allocations. But for his bringing the situation to limelight, many would not have been aware of it. The other governors in the region must ensure that their funds reflect massive developmental and infrastructural projects, as seen in Rivers.
We hail President Muhammadu Buhari for authorising the payment of the funds to the deserving states and not playing politics with it, particularly since the benefiting states are virtually in the opposition Peoples Democratic Party (PDP). This is an abiding testimony to the President’s political maturity and his commitment to the tenets of democracy and the rule of law. As can be seen, Buhari’s release of the money has enabled the Rivers governor to embark on more projects in the state.
Unfortunately, the 13 per cent derivation which is a form of royalty for mineral owners has been hijacked for political expediency rather than meeting the needs of the host communities. There must be a paradigm shift away from political expedience in the use of the funds to employing it to maximise the social and economic welfare of the oil-producing communities in particular and the state in general.
An energy expert and former adviser at Nigeria Extractive Industries Transparency Initiative (NEITI), Garuba Dauda, said extractive revenues face a huge utilisation challenge at both national and subnational levels in Nigeria. He stressed that there were far-reaching accountability gaps in the management of oil revenues at both national and subnational levels of government, especially the 13 per cent derivation.
Accountability remains key if benefit transfer must get to the citizens. The need to imbibe and integrate corporate best practices in the oil and gas industry in Nigeria must include holding the state governments accountable for disbursement of the 13 per cent derivation funds. Oil-producing communities in derivation-receiving states must be seen to be enjoying the dividends of the derivation.

Enough Of Attacks On INEC’s Offices 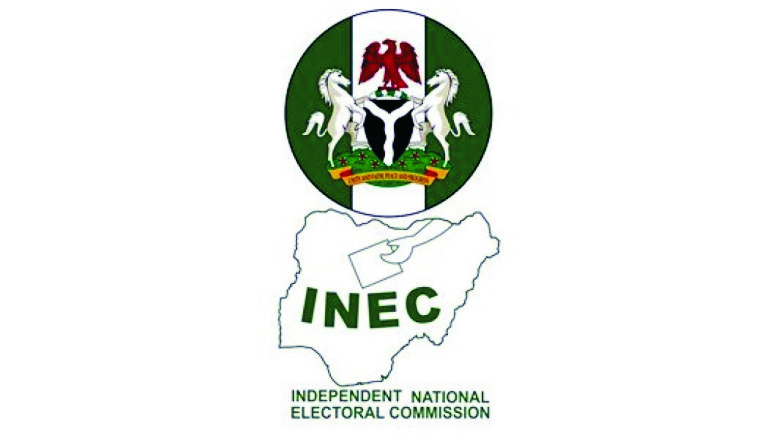 Indonesia gathered the leaders of the world’s 20 largest economies commonly referred to as G20 in its
island paradise of Bali for a two-day summit from November 15 to 16 to discuss how they could cooperate on building a more stable future. But while this year’s summit has a post-pandemic theme of “Recover Together, Recover Stronger,” geopolitical divisions are taking centre stage.
Unfortunately, this year’s G20 meetings attracted more international attention than in previous years. The summit took place against the backdrop of global political and economic crises: a challenging post-pandemic recovery, the ongoing Russian invasion of Ukraine, soaring food and energy prices, and the worsening climate crisis. It was expected that the gathering would provide an opportunity for the world’s biggest powers to address those pressing global challenges.
The summit was preceded by a bilateral meeting between United States President Joe Biden and Chinese leader Xi Jinping, the first time the two had met since Biden became president. Although there were few tangible results, it was overall a positive meeting after relations between the superpowers plunged to near-historic lows earlier in the year. Conversely, Putin’s in-person absence spared the summit a major distraction and helped it focus on economic matters.
The G20 is a multilateral forum representing the world’s largest economies. It involves 19 countries – Argentina, Australia, Brazil, Canada, China, France, Germany, India, Indonesia, Italy, Japan, Republic of Korea, Mexico, Russia, Saudi Arabia, South Africa, Turkey, the United Kingdom, and the United States including the European Union. The forum represents more than 60% of the earth’s population, 75% of global trade, and 80% of the world’s gross domestic product (GDP).
This summit was organised as the world edges toward a global recession. Countries’ central banks have been hiking interest rates to curb inflation, but prices struggle to return to pre-pandemic levels. The World Bank reports that these hikes, coupled with financial market stress, could lead to global GDP growth slowing down to 0.5% next year, which would destabilise major economies and significantly slow poverty alleviation in developing countries.
During last week’s meeting, the world economic leaders adopted a declaration deploring Russia’s aggression in Ukraine “in the strongest terms” and demanding its unconditional withdrawal. They also recognised that while most members condemned the war in Ukraine, “there were other views and different assessments of the situation and sanctions”.
On the global economy, the G20 nations agreed in their declaration to pace interest rate rises carefully to avoid spillovers and warned of “increased volatility” in currency moves, a sea change from last year’s focus on mending the scars of the COVID-19 pandemic. The reference to spillovers was a nod to emerging economies’ concerns about the potential for huge capital outflows if aggressive U.S. rate increases continue.
Also, the leaders pledged to take coordinated action to address food security challenges and applauded the Black Sea grains initiative. But the body has come under intense criticism by Global Citizen, a civil society group, for the absence of concrete steps on hunger. The group says, “Fifty million people are at the brink of starvation as we speak. There is no time for the G20 to issue calls to action, they are the ones who have to act.”
About climate change, leaders of the foremost economic countries agreed to pursue efforts to limit the global temperature increase to 1.5 degrees Celsius, confirming they stood by the temperature goal from the 2015 Paris Agreement on climate change. That could boost negotiations at the U.N. COP27 climate summit in Egypt, where some negotiators feared the G20 would fail to back the 1.5C goal — potentially thwarting a deal on it among the nearly 200 countries at the U.N. talks.
However, is the G20 not merely repeating old commitments from previous years or noting developments elsewhere, rather than taking on leadership themselves? When the forum last met in April, the International Monetary Fund (IMF) had just cut its global growth forecast to 3.6 per cent for this year and next and experts warned this could get worse given potential downside risks. Since then, several of those risks have materialised and the multiple crises facing the world have intensified.
The human tragedy of the war in Ukraine has worsened. So, too, has its economic impact, especially through commodity price shocks that are slowing growth and exacerbating a cost-of-living crisis that affects hundreds of millions of people and especially poor people who cannot afford to feed their families. And it is only getting worse.
Inflation is higher than expected and has broadened beyond food and energy prices. This has prompted major central banks to announce further monetary tightening, which is necessary but will weigh on the recovery. Continuing pandemic-related disruptions, especially in China, and renewed bottlenecks in global supply chains have hampered economic activity.
Indeed, the outlook remains extremely uncertain. Think of how additional disruption in the natural gas supply to Europe could plunge many economies into recession and trigger a global energy crisis. This is just one of the factors that could worsen an already difficult situation. It is already tough in 2022 and possibly going to be tougher in 2023, with an increased risk of recession. That is why we need decisive action and strong international cooperation led by the G20.
Therefore, the global economic body must practically tackle the root causes of hunger, extreme inequality and poverty, human rights violations, conflict, climate change, food, and energy price inflation. G20 must develop an economic and social rescue plan that protects the rights of the poorest people and tackles extreme inequality. If the group cannot come together and function at this time of real economic hardship, then it calls fundamentally into question its effectiveness and relevance. So, the challenge for the G20 is to prove that it is still fit for purpose coming out of these annual meetings.