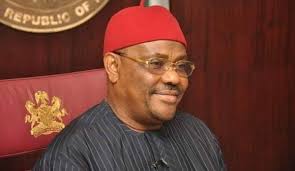 On December 4, 2021, The Tide (formerly The Nigerian Tide) newspaper stable, published by the Rivers State Newspaper Corporation (RSNC), clocked 50 years of existence having been established on December 1, 1971 by the administration of then Lt. Commander Alfred Diete-Spiff. Incidentally, Diete-Spiff was the first ever governor of Rivers State. This remarkable feat in longevity for a government-owned newspaper stable, stands the establishment out as one of the landmark facilities that capture the resilience of the Rivers people in the face of all odds.
A life span of 50years for any human organisation or system, is hardly a casual affair given that most human systems, fail to reach that mark for the simple reason that the dynamics of human group activity, do not always conduce to empirically determined imperatives, which flow with mathematically determined precision. Hence, for the RSNC, the occasion calls for celebration, and commendation to all actors who served in various capacities, namely; reporters, editors, marketers, administrators, accountants, security personnel, contributors, columnists, and others too numerous to mention; whether currently serving or disengaged, who have had the privilege to contribute to the success and longevity of this icon of superlative media enterprise. Many similar government-owned media establishments have come and gone, leaving it to stand kampe, and grow from strength to strength. Indeed, if The Tide were to be personified, it will easily qualify as the last man standing, having survived all odds over the years where most of its contemporaries crashed.
Remarkably, in these 50years, the newspaper stable has served all the 15 administrations that had the grace to oversee the affairs of the Rivers State, since its creation on May 27, 1967. The roll call of the 15 military and civilian governors of the state comprises in chronological order as follows: 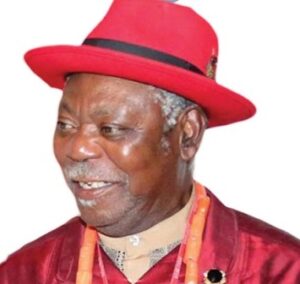 Hence, The Tide has served meritoriously the state and the country from the military era to the current democratic dispensation, even with the often dramatic swings with respect to the rotation of power between these two systems.
Not only did The Tide feature in the political sphere, it also served as the chronicler of the good, bad and ugly times of the Nigerian society in as many other spheres as possible, thereby providing the thread that connects the past and present and charts the future. It therefore renders itself to be the destination for whosoever is needy of insights into the past of the world, seen from this corner of the globe.
In these 50 years, The Tide has built a credible heritage of literary endowments through promotion of the arts, literacy, and civic consciousness. This is just as it has served as the fulcrum of credible journalism in this region.
With such a rich pedigree, the future for this establishment cannot but be rosy, even as such a dispensation cannot be without the proper enablement to keep it flowing with fulfilment for its operatives and patrons. Most significant in this context is that the global operating terrain for the media has transformed dramatically, with the pervasive onslaught of advances in information technology, and the invasion of the ubiquitous social media.Given the trending state of affairs in the global media industry, the present crop of operatives driving The Tide need to be commended for running ahead so far, even with the burden of unmistakable constraints.

Needless therefore to note that for The Tide to maintain the keel it had established at the top of the competition, the establishment needs retooling, as well as repackaging of its work force. After all, is it not a common cliché in Nigeria that ‘you do not clean a child’s teeth with ordinary fingers’.
Once again, this is saying congratulations to The Tide , as you flow more steadily into the future.