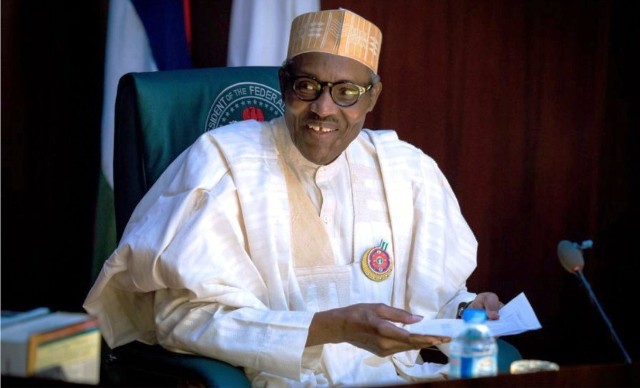 Nigerians woke up this New Year to listen to President Muhammadu Buhari’s New Year address to the nation in which he made many promises and undertakings. One of the things he said is as follows:
“My address to fellow Nigerians this morning is devoted mainly to informing you about the intense efforts this administration is putting to address our country’s huge infrastructural deficit.
We are going to make significant in-roads in advancing road, rail and power projects across the country.”
Buhari has been President for over two and a half years. He has less than one and a half years to go. If by now he is still talking about “we are going to”, shouldn’t alarm bells ring in your mind?
The man has spent more than half of his term and he is not able to tell us what he has done in tangible terms. Instead, he is still telling us what he plans to do. To paraphrase the Yoruba adage, if you have used two and a half years to prepare for madness, how long would the madness now last?
Then, the President characteristically threatened oil marketers and again blamed them for the fuel scarcity that occurred during the yuletide.
Said the President: “I am determined to get to the root of this collective blackmail of all Nigerians and ensure that whichever groups are behind this manipulated hardship will be prevented from doing so again.”
This is so typical of Muhammadu Buhari. Failure to take responsibility. The man is the Minister of Petroleum. The buck should stop at his table.
Nigerians will notice how he failed to address the revelations that he, who had spent years discrediting fuel subsidy and alleging that Jonathan and his government used that policy to scam Nigerians, had been secretly and illegally paying fuel subsidy, currently at ¦ 26.40 per liter.
The Group Managing Director of the Nigerian National Petroleum Corporation, Maikanti Baru, told newsmen that he was instructed by the President to subsidise the cost of petrol. There were no provisions for subsidy in the 2016 and 2017 budgets. So, where has the money been coming from?
The other day, the Minister of State for Petroleum Resources, Ibe Kachikwu, exposed that Baru had awarded $25 billion worth of contracts without due process. Did the money come from there?
And now, the man who should address this unconstitutional appropriation of Nigeria’s resources is threatening marketers. The same marketers who have revealed that the NNPC is owing them $1 billion and that under the current policy they can’t make a profit! Are they meant to stay in business to make a loss?
And then, the man goes on to lie that power generation has ramped up to 7,000 megawatts (MW) forgetting that previous administrations before him set up the Nigerian Electricity System Operator which is statutorily required to publish the verifiable amount of power generated in Nigeria.
Now, according to the Nigerian Electricity System Operator, the amount of power generated in Nigeria is 4,108MW. I deal in facts and I have an unimpeachable reputation for the facts. If any member of the Buhari administration can contradict the data from their own government agency, Nigerian Electricity System Operator, I make a public vow to apologise to President Buhari in a full page advertisement in a nationally read newspaper.
The fact is that President Buhari lied!
But the greatest insult from President Buhari’s New Year address was when he said “The government is slowly stabilising the economy.”
Really? No other administration has destabilised Nigeria’s economy as the Buhari administration.
Under Buhari, the nation’s currency shed 75% of its value and moved from N199 to $1 on the day he took over to N365 to $1 today. We had the unenviable record of being named the fourth worst performing currency in the world by Bloomberg in 2017.
Inflation, which was at single digit rate on the unfortunate day Buhari was sworn in on May 29, 2015, is now at 15.91%.
According to Debt Management Office, the total external debt of the federal and state governments on the day Buhari was sworn in stood at $9.464 billion. In two years time, the Buhari administration has increased that debt by 50% to $15.047 billion as at September of 2017. And if the 2018 budget is anything to go by, then this amount will double this year.
Taking everything he said during the broadcast, the least you could say is that the President engaged in lying on a mass scale. Lying and responsibility avoidance.
The conclusion is that Nigeria is going to see the same old order under Buhari in 2018. If problems arise, he will look for who to blame rather than look for a solution.
The best thing this nation can do is to pray that this nightmare comes to an end in 2019 and the President can go to his 150 cows that somehow never increase in number. At least, they have fared better than the Nigerian economy under Buhari.
Omokri is the author of Facts Versus Fiction: The True Story of the Jonathan Years: Chibok, 2015 and Other Conspiracies.

Who Is A Patriot?

Idiom Of The Rejected Stone