Following Tuesday’s at
tack on APC supporters by suspected Peoples’ Democratic Party (PDP) hoodlums while the victims were on their way to attend the Buhari Presidential Campaign flag-off in Port Harcourt, Rivers State Governor and Director-General of Buhari Presidential Campaign, Rt. Hon. Chibuike Rotimi Amaechi has urged President Goodluck Jonathan to call  members of his party, not to unleash violence on APC supporters in Rivers State and across the country.
Amaechi who spoke after leading APC presidential candidate, Gen. Muhammadu Buhari and others on a sympathy visit to the victims of the attack at the Kelsey Harrison Hospital in Port Harcourt on Wednesday,  said the President, apart from calling his men to order should also condemn the attack on the APC members by PDP hoodlums.
He said: “Imagine that the President goes to campaign in Katsina or in Kano and his convoy is attacked, imagine that, we will condemn it. In the same manner, we expect the President and the Peoples’ Democratic Party should condemn this violence that has been visited on us by their members and we expect that they should be able to control their members”.
“The President can’t be promising us free, fair and violence-free elections, if he says violence-free election, and here we have already experienced violence, what is he expecting us to do?” he asked.
Amaechi also called on President Jonathan as Commander-In-Chief to provide needed security for all Nigerians irrespective of which party they belong.
According to him, the PDP by these attacks on APC supporters has shown that it is not ready to ensure peaceful or violence-free polls, stating that  the fact that people were  being attacked was an indication that the PDP is not ready for a free, fair and violence-free elections.”
PDP supporters.
He said the only way for Nigerians to trust President Goodluck Jonathan over his avowed desire for peaceful elections in the country is for the President to publicly condemn these attacks and ensure they don’t re-occur.
Peterside said: “This is an unfortunate trend. I don’t want to believe that violence will characterize the 2015 elections because that is not what any one of us desire. The President has said severally, whether he means it or not is a different matter, that his ambition is not worth the blood of anybody and we agree with him to that extent but again, it is one thing to share your philosophy, it is another thing to see your people go clearly against what you believe in and you are doing nothing about it. I am optimistic that the President and his team and members of his party, the PDP will come out strongly and condemn this act of violence visited on members of the APC in Rivers State”.
He said his party, the APC believes in peaceful polls and using peaceful means to realize political gains. 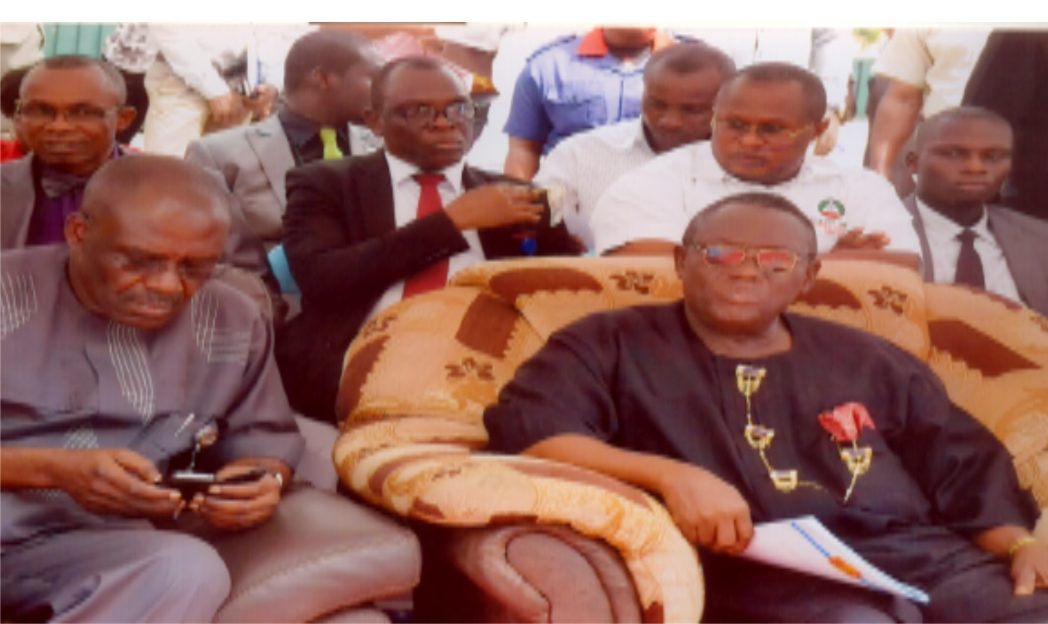 Crisis is about to erupt in Ubima Community in Ikwerre Local Government Area of Rivers State, following the continued under development and alleged mismanagement of funds in the area.
The Tide gathered that some youths of the community have demanded that the leadership of the community be dissolved as a result of poor performance and lack of leadership focus.
The President of Patriotic Youth of Ubima, Wisdom Chimankpa Igwe alleged that the Community Development Committee (CDC) leadership was accused of being responsible for the underdevelopment of the community.
Igwe disclosed that the youth body has written to the CDC through her lawyer, Ndubuishi Okeah Esq of SALOD Chambers, demanding to know the details of Memorandum of Understanding signed with the various companies operating in the area and the level of implementations, but unfortunately they decided to use security agencies to shut them up.
He warned that the youth would resist any intimidation and may resort to violence if their demands were not met.
According to him,” It is unfortunate that since September, 2021 when that letter was written, they are yet to either reply or give details of implementation of the MoU. We are not happy but must work towards dialogue and seek peace”.
He alleged that majority of the leaders are jobless and have no legitimate means of livelihood, alleging that funds from multi-national companies are mismanaged.
“The leaders of Ubima Community have no legitimate job, this is the sole reason that all the huge revenue from all the multi-national companies ranging from Nigeria Agip Oil Company, SIAT, All Grace and Western Ord are mismanaged”, he alleged.
He also alleged that the leadership also converts every revenue meant for the community and youth development to personal use, thereby under developing the community.
He said the youths have decided to take over the mantle of leadership of the community and alleged that those in power have failed the people.
“The youths wants to remain in power, without a constitution and without tenure. We are tired of handpicked leaders, our employment quotas are sold out to strangers by these jobless and visionless leaders. The little things we enjoy today are what the Rivers State government gave to us,” he said.
He accused the community leadership of using security agencies to intimidate the youths, adding that they are out and stood for justice.

The Rivers State Ministry of Education says plans are underway to issue certificates to candidates who sat for the July 2021, Basic Education Certificate Examination (BECE).
A statement by the Special Assistant on Media to the State Commissioner for Education, Professor Kaniye Ebeku, Faustina Eugene-Nwanekwu, last Wednesday, quoted the commissioner as saying that it would be the first time BECE certificate will be issued shortly after publication of results”.
Ebeku, according to the statement, noted that the development is fundamental and in line with the current National Policy on Education.
The commissioner, in the statement, assured that the date of the planned launch of the certificate will be made public as soon as arrangements were concluded.
She said that the commissioner urged the students, principals, parents and the general public to watch out in order for them to know when these certificates will be available at the public domain.

The President of the Port Harcourt Polo Club, Dr Chukwudi Dimkpa, Tuesday, paid a courtesy visit to the General Officer Commanding Six Division of the Nigerian Army, Port Harcourt, Major General Sani Gambo Mohammed.
Dr Dimkpa said the visit was to intimate the Nigerian Army on activities lined-up to celebrate the 2022 Golden Jubilee Tournament of Port Harcourt Polo Club.
Dimkpa, while addressing the GOC also said the 50th anniversary tournament scheduled to commence in January 2022, was expected to attract dignitaries, corporate bodies and visitors from across the country and beyond, thus the issue of security will be paramount.
Engr Dimkpa stressed that the purpose of the visit was to seek partnership and working collaboration with the Nigerian Army, especially in area of providing security coverage for the tournament and guests.
He thanked the GOC and the 6th Division of the Nigerian Army for their efforts in combating crime and criminality in the state, and the privilege of the visit, used the opportunity to extend an official invitation of the club’s Golden Jubilee tournament to the Nigerian Army.
Receiving the club in Port Harcourt, the General Officer Commanding Six Division of the Nigerian Army, represented by the Garrison Commander, Brig. Gen M. D. Danja, assured of intimating the GOC on the invitation.
He also promised adequate security co-operation in order to have a hitch-free tournament.
“The 50th anniversary tournament of the Port Harcourt Polo Club scheduled to commence January, 6th to 15th, 2022, is open for sponsorship and participation by individuals and corporate entities, and will provide avenue to showcase their products and services”, the president said.