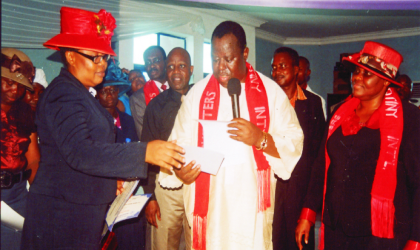 The Shell Petroleum Development Company (SPDC) operated Joint Venture, yesterday, said that it has provided electricity to some 133 communities in the Niger Delta, so far to help drive economic activities through reliable power supply.

SPDC in a statement,  said that the 191 projects were implemented between 2004 and 2010, in host states– Rivers, Bayelsa, Abia, Delta and Edo.

SPDC’s General Manager, Sustainable Development and Community Relations, Tony Attah said: “We recognise that electricity is key to socio-economic development, that is why we have implemented these projects in addition to our economic empowerment, health, agriculture and human capital development interventions .

The electricity projects, which were implemented under SPDC’s various programmes, including Global Memorandum of Understanding (GMoU) and West Re-entry, involved both connection of communities to the national grid and installation of 500KVA generators for direct power supply.

Among other responsibilities, SPDC was responsible for procurement and installation of transformers and stringing of cables for street lights.

The benefiting communities were fully involved in the implementation process, deciding on the choice of projects and also nominating and supervising the contractors.

Although the statement did not list the beneftting communities, she said the SPDC Joint Venture has also played a leading role in electricity supply at the national level.

A key project in this direction, the company stated, is the Afam V1 plant, which in July last year, commenced electricity supply to the national grid.

According to him, Afam V1’s three gas turbines have since jointly supplied over 2.5 million megawatt hours of electricity to the national grid, adding that the plant, when fully operational, will boost Nigeria’s electricity supply capacity by 20 per cent.