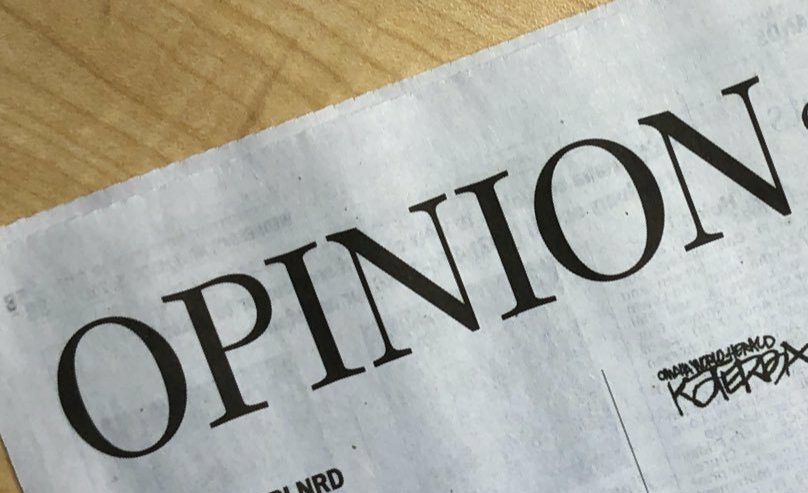 Magu’s Saga: Beyond The Facts

Governor Wike: A Leader With A Heart Of Gold

Marriage is a sacrament which every couple is expected to obey as instituted by God. But today the reverse is the case, especially in African societies where most people violate this sacrament due to their selfish desires and sometimes, pressure from parents.
It is no longer news that in most African societies today, bride prices have gone so high that marriage ceremonies have become an economically viable venture. As such, most poor young men have remained unmarried  until they get so old. Yet, the rich young ones easily get wives to marry because they are buoyant enough to lavish money.
Although many leaders recognise this in Nigeria, especially in the southern part of the country, they are afraid to talk about it. This is mainly because they fear how the society would react. The fact is that whether high dowries are paid on brides or not, there is no marriage all over the world that would enjoy stability if Christ is not its pillar, and the anchor that those who make the contract rely on. Those who have accepted Jesus as their personal saviour also enjoy His spirit of love in their marriages. And there are a lot of testimonies to this effect. This is why most couples are able to stay till death do them part.
Talking about high bride prices in this society, the ability to haggle and bargain has an unhappy angle associated with the process itself. You can agree with me that in every marriage, there is some selfish human heart that comes into play. If not, how can a man pay well over N100,000 for a lady, and another pays as little as N200 and sometimes, no cash deposit to bring a wife under his roof?
However, because the game has become an expensive and dicey one, many young men have been frustrated and defeated, and most end up eloping with their heartthrobs as wives. But as long as the customs of the land remain, eloping with a lady boils down to  immorality, which may not be the direct sin of the man  in question.
In fact, numerous cases abound where men eloped  with their girlfriends, and began to live together as  husband and wife. They are, in most cases, blessed  with children, even in the midst of illegality. They ignore the parents of the woman or man, and go into their  own procreation process.
But the unfortunate thing is that sometimes the  problem associated with that strategy is that if the woman dies in the man’s house, the parents of the  deceased are likely to demand that the man marries the woman even in death, sometimes at very exorbitant prices. In fact, a lot of things may be lined up as  requirements for the marriage of the dead woman. In  some other cases, the children produced in that marriage are classified as bastards or children of the woman’s father until the man does the right thing, that is to pay her bride price.
I think as long as mankind lives on earth,  high bride prices never make husbands price their wives (like property) better. Instead, there are reported cases of men who have treated their wives as slaves because  of the huge sum of money spent as bride price. Methinks that if young men are able to prove to their supposed parents in-law that they can love and hold their daughters, this should be enough dowry than paying fabulous amounts of money that do not equate true love.
The high dowry on women has disadvantages on the bride too. Many women have confessed openly that high bride prices have compelled their real husbands out of the work contest, leaving unlovable wealthy men available in the market. The result is an unnecessary joining of  incompatible couples because money has become the  name of the game.
High dowries make women slaves as most of them  remain unhappy in their marriages. Perhaps, they just stay to satisfy the man who has spent so much on  them. The consequence of this is that a wide gap exists for infidelity, and a display of fake and smokescreen love, which is far from being genuine.
This is not to say that those with low income have not  married wives. No! On the contrary, some have actually found themselves wives, and they lived as happy couples  for decades. But we have also heard stories where men  go on to borrow huge amounts of money just to get  married. In a situation like this, such couples are forced  to go through terrible and agonising marriages.
In perspective, it has been imperative that high bride prices are no guarantees to long, stable and well-enjoyed   marriages. High bride prices only help to force men who are not rich into borrowing, thereby putting men with such financial crisis into slavery while the women are boxed into a corner, with little or no choice than to settle for men with the money. In the end, such women  look more like the men’s personal properties.
It is high time the state government or better still, local  government councils fixed equal amount to be paid as dowry for all women. Although this suggestion may sound primitive, I think it is workable and the right path to toe. This can be done by encouraging would-be husbands to go to their local governments to pay for their wives. This action should attract receipts, and such monies should later be handed over to parents of the  brides.
If all Nigerians go to the same markets, schools, workplaces, among others, then I do not see any reason why bride prices should vary. And until this is done,  women will ever suffer, and men without money will remain unmarried.
Etim writes from Port Harcourt.

Nigeria: Can We Be Hopeful? 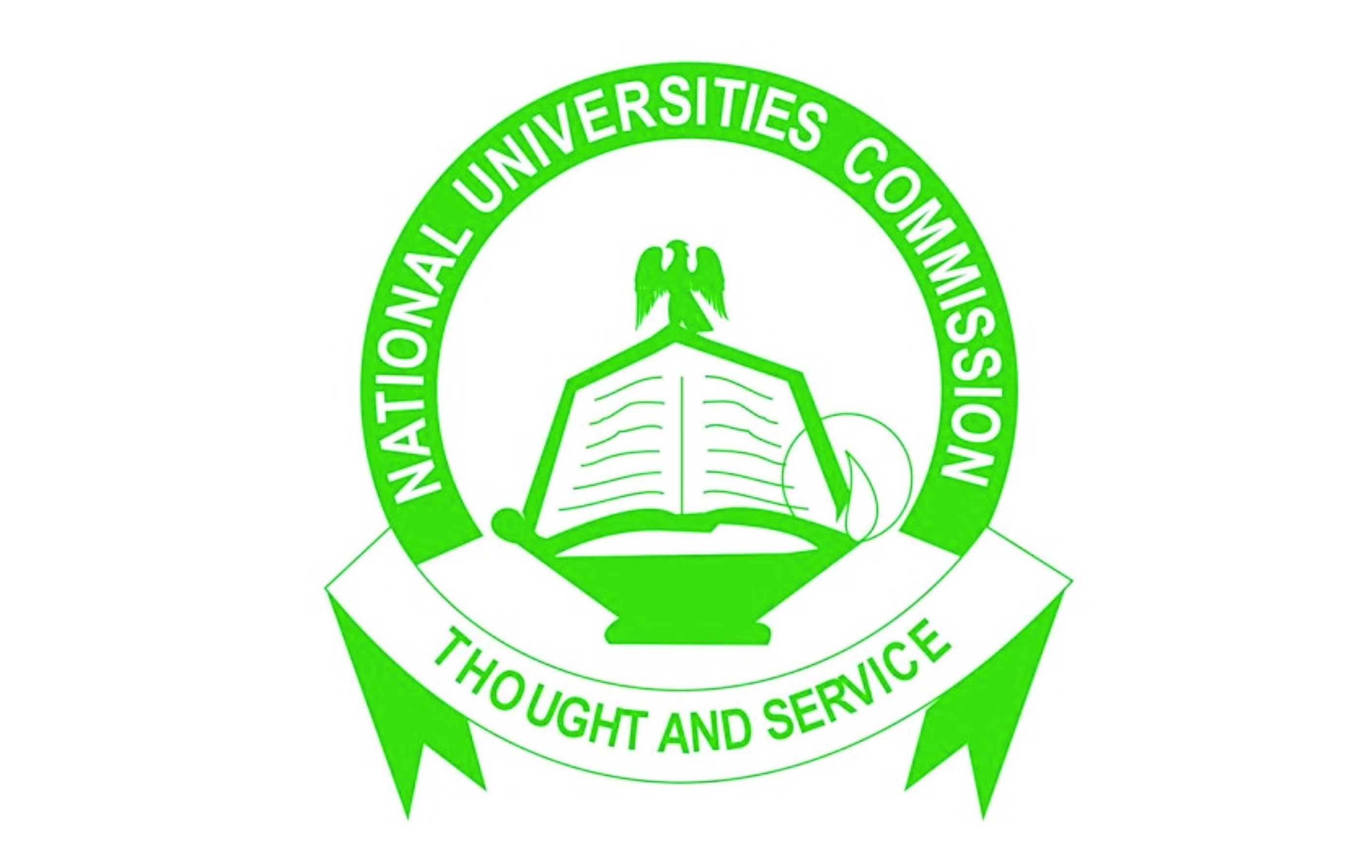 With the recent happenings in Nigeria’s education sector, the Nigerian Universities Commission (NUC) cannot be said to be living below its vision of being a dynamic regulatory agency acting as a catalyst for positive change and innovation for the delivery of quality university education in Nigeria.
Created in Nigeria, to enable the attainment of stable and crisis-free university system, work with Nigerian universities to achieve full accreditation status for, at least, 80% of the academic programmes, NUC was also to initiate and promote proficiency in the use of ICT for service delivery within the commission and the Nigerian university system, as well as upgrade and maintain physical facilities in the Nigerian university system for delivery of quality university education.
However, while the commission is still on a mandate to foster partnership between the Nigerian university system and the private sector, the need to match Nigerian university graduate output with national manpower needs, seems to have gained top priority in its scheme of things.
This is evident on the recent visible reforms in the country’s tertiary education which have birthed the federal government’s approval of the establishment and immediate take-off of six new federal colleges of education in each of the geo-political zones in the country, as well as the unbundling of mass communication programme in Nigerian universities
This resolve, which experts have applauded and described as a step in a right direction, is the commission’s way of guiding Nigerian universities to be in line with 21st Century requirements; most importantly, the establishment of additional colleges of education.
More institutions for teacher education will not only increase the number of quality teachers in the country, it would create more job opportunities for Nigerians, and also improve standard of education. Of course, with an improved teacher education, the system is sure to turn out products that can compete globally with their counterparts.
The unbundling of mass communication programme in Nigerian universities into seven separate degree programmes, thereby, making Mass Communication to be a full faculty, happens to be another landmark achievement.
The seven new programmes or departments to be domiciled in a Faculty, School or College of Communication and Media Studies are: Journalism & Media Studies, Public Relations, Advertising, Broadcasting, Film & Multi-Media Studies, Development Communication Studies, Information & Media Studies.
Recall that the executive secretary of the commission, Professor Abubakar Adamu Rasheed, on assumption of office in 2018, said during a workshop in Abuja on the proposed Higher Education Reform and Africa Centres of Excellence (ACE), that getting it right at the higher education level would proffer solutions to the socio-economic and political problems facing the country.
Needless to argue, the original mass communication degree curriculum was too packed, didn’t have much on visual images and films, not even much attention was given to development communications. Above all, it has become obsolete and so cannot accommodate the new developments in the media trends, particularly the changing landscape of politics and economy.
The unbundling, no doubt, would allow lecturers to go into the newsroom to practice and journalists to go into the classroom to teach. By the segmentation, one can be allowed to focus on skill cultivation. In the long run, it is hoped that the practical will be balanced with the theory.
This invariably makes the university more responsive to the dynamics of the labour market by ensuring that the right curriculum is put in place to ensure that quality graduates are turned out at the end of the day to meet the demand of industries.
By so doing, the university community moves from theoretical to the practical aspect of science and technology thereby increasing graduate employability skills.
From the foregoing, graduates of a media studies bachelor’s degree programme would be prepared for both traditional and non-traditional media careers. Some graduates will find work as news journalists, film editors and communication specialists. Other job titles might include public relations specialist, advertising account manager, marketing analyst, newsroom coordinator, broadcast journalist, photojournalist and a range of other exciting career options.