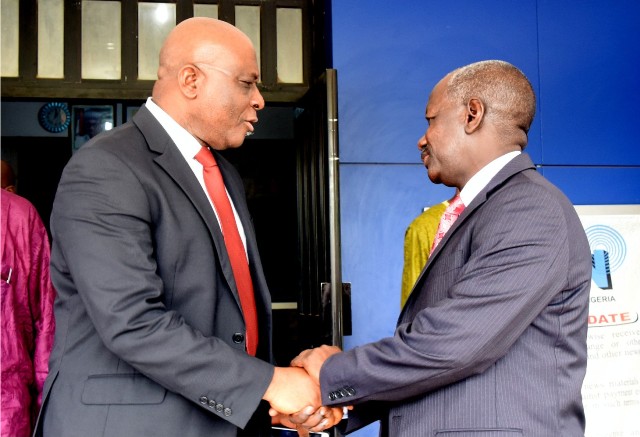 Federal Government,yesterday, withdrew the two-count criminal charge it filed against the Director of Finance and Account in the Federal Ministry of Power, Works and Housing, Mr. Ibrahim Tumsah over his alleged failure to declare his ownership of 86 exotic cars recovered by EFCC from ex-Customs boss. Tumsah was docked before the Federal High Court in Abuja alongside his brother Mr. Tijani who was a member of the Presidential Committee on North East Initiative and a former Interim National Secretary of the All Progressives Congress, APC.
The duo had pleaded not guilty to the charge that was prepared by the Chief Okoi Obono-Obla-led Special Presidential Investigation Panel on the Recovery of Public Property. Meanwhile, before hearing could commence in the matter, FG, through its lawyer, Mr. Festus Keyamo, applied to withdraw the charge. The defendants had at the last sitting, persuaded the court to grant them a short adjournment to enable parties to explore an out-of-court-settlement of the matter.
Following Federal Government’s application to withdraw the case, trial Justice Nnamdi Dimgba struck out the charge. A lawyer in the prosecution team told The Tide that the Federal Government would re-file the charge after “proper and thorough investigation” is conducted in the case. FG had earlier disclosed that out of the 86 vehicles that were seized from the defendants, 23 of them were amoured and brand new.
Equally seized from the defedants were four houses and a quarry plant in Abuja. Justice Dimgba had granted bail to the defendants to the tune of N20million with two sureties. The court said the sureties must either be a business man or a public civil servant not below the rank of grade level 15, and must own landed properties anywhere in the Federal Capital Territory (FCT).
Besides, the court ordered the defendants to surrender their international passports, stressing that they should not travel out of the country without permission.
It will be recalled that Justice Muawiyah Idris of an Abuja High Court at Apo had on December 6, 2017, ordered that the 86 luxurious vehicles, as well as the four houses and quarry plant in Kuje, Abuja, should in the interim, be forfeited to the government.
The forfeiture order equally affected four houses, two of which were located in Wuse II, one in Wuse Zone 7, and the other in Jabi, all in Abuja. Eight containers with household items also seized by the panel from the 2nd defendant were also affected by the court order.

Buhari Said A Lot Of Nigerian Youths, Not All, Are Lazy – Presidency