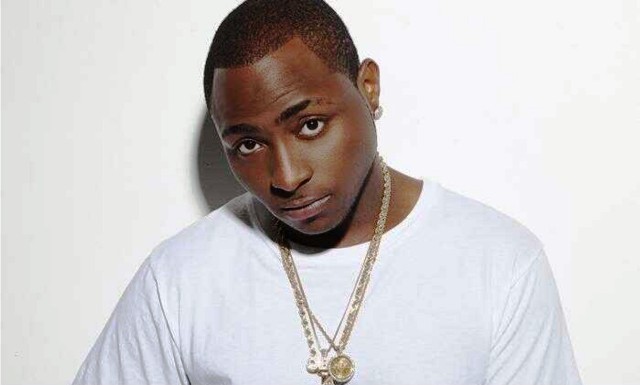 It is no gainsaying that 2016 was a good year for the Nigerian music clan, most of the musicians put out songs and recorded other exploits that made Nigerians all over the word proud. However, not all of them were successful in the true sence of the world.
Based on the achievements of last year, fans expectations in 2017 are quite high. Top on the list of expectations are hit songs to keep them happy as they groove with the beats while bustling and smiling. Some of the artistes to look forward to are:
1. Davido
Even though Davido was silent most of 2016 choosing instead to release on EP in October, he kept performing at shows all over the world. His rumoured $1 million deal with Sony music should not be forgotten. According to social media reports, he, Tekno, Olamide and Wizkid are said to be responsible for a large share of the over N73.2 billion made by telecommunications companies from caller ring back tunes.
This year will see Davido’s contract with the international music giants take a full swing as his long awaited album will be released under the inprint. The features on this album will be star-studded with international collaborations, hopefully, that will make us forget the “son of mercy” EP.
2. Teckno
Year 2016 was undeniably terrific for Teckno First, you had about the biggest song ‘pana’ in the country, second he scooped a good number of enviable awards. To cap it all, he was able to secure a Sony/RCA contract and was announced as an MTN ambassador. His many performances and his part in the N73.2 billion made by telecommunications companies from caller ring back tunes show that ‘Mr. Big cassava’ indeed smiled to the bank in 2016.
It is very likely Tekno’s debut album will receive a big push as a result of his international music deal. The crescendo is high for the pana crooner, an album in 2017 would be fantastic.
3. Korede Bello
The Mavin records mega superstar can be dubbed as a “digital Prince” owing to his successful releases and platforms like You Tube. He gets an enviable number of steaming from his songs. His label mate, Reekado Banks was first to drop an album among 2.0 trio. Korede Bello is tipped as the next in the line to drop an LP. You should expect viral and infectious tunes.
4. Simi
The year 2016 was the year Simi came into her own as a formidable musician and surprisingly as an audio engineer. She performed at shows regularly and was even one of the headline acts at star trek lagos. Davido also chose her as the only female act on his EP “son of mercy”, she single handedly mixed Adekunle god’s album.
Simisola Ogunleye’s growth has been Wowzers, the petite and deeply sonorous singer strikes a chord every time she sings. Nigerian music lovers have been swayed and slain again and again when her voice shrieks from a record. Simi’s imput on the joint EP “Chemistry” with Falz was impressive. The EP was a make up for her album which was to be released last year, her debut album is set to be released this year.
5. Omawumi
When it is time to get serious and move away from gibberish and corny lyrics, Omawumi is one of those few artistes that creeps into your mind. This Afro lover and mother of two is one of the best voices we got. To start off the year, Omawumi Megbele inked a contract with a new label, Cabal entertainment and also released a ballad, “Butterflies” under the imprint. Her third studio album is expected to be released this year under the label.
6. Jesse Jagz
Jesse, a top notch lyricist and emperor of Jagz National let his promise to drop three LPs last year, fall through, non of that came to fruition. However, the controversial rapper again promised to quench the thirst of his fans by dropping a full body of work this year. If you belong to the “endangered species” of those who give priority to lyrics and word craft, then you must surely wait – upon the emperor, a god on the mic.
7. Skales
Raoul Njeng – Njeng better known as Skales who dubbed himself “The never say never gun,” interestingly is the title of his sophomore album billed for release in March this year. Skales has transformed and more of that should reflect on the album.
8. Cynthia Morgan
Nigeria’s fierce female dance hall act and ‘red head’ Cynthia Morgan flopped last year after creating several social media campaigns about a possible album release that did not work out; however the Edo State singer’s debut album is still worth anticipating.
9. Wizkid
Wizkid’s success in 2016 is so obvions that one really does not need to break it down, ‘one dance’, The Song in which he was featured by Drake got to number one in 10 countries. It was also listed as the most played song on streaming media services spotify with over 950 million individual steams consider that he was song writing and producing credit on that song. The money will not stop flowing for a long time. There is also the rumored seven figure deal he has. Signed with sony music. Hopefully 2017 will be greater. Just a few days into 2017, Wizkid promised us four mixtapes.
10. Mr. Eazi
It is on record that starboy music act Mr. Eazi was the most featured artiste in the music industry in Nigeria 2016, he charges N200,000 or more per show. Oluwatosin Ajibade, the