The Nigeria Police Council has confirmed the appointment of Muhammed Abubakar as substantive Inspector-General of Police.

Abubakar was appointed acting IGP in January 25, to replace Mr. Hafiz Ringim, who retired from the force during the period.

Thereafter, he was moved to the Zone 5 Command, Benin, as AIG, and later transferred to head Zone 6 Command in Calabar, Cross River State, from where he was recently redeployed to head Zone 12 Command as AIG.

While at the Lagos command, Abubakar, a reputed fearless and firm officer, has a record of maintaining strict discipline in the police force and to a large extent keeps crime rate low. 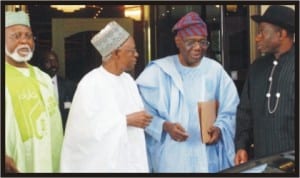