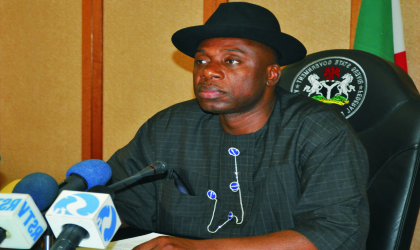 In their reaction, former President of Nigerian Bar Assosciation (NBA) Chief Onueze Okocha and former Security Adviser to erstwhile Governor of Rivers State, Chief Anabs Sara-Igbe said the appellate Court’s ruling on the protracted suit was a welcome development for the state and the people in general.

In a telephone interview, Chief Okocha declared: I believe that the people of Rivers State will, like me, be full of jubilation and satisfied that justice has been done.

“The Governor can now proceed with the good work he is doing without the unnecessary distractions caused by that case. May God continue to guard, guide and strengthen our beloved Governor and may He continue to bless our beloved Rivers State.”

In his submission, Chief Sara-Igbe said the judgment was a fulfillment for a long time prophecy which he had been drumming since the matter commenced. His words: “One thing I do know is that Soberekon would not win the case and I had said it over and over before now.”

He stated that by the ruling on Wednesday he had been vindicated, but however said both Amaechi and Soberekon need to shun their differences and move the state forward.

On the other hand, former Commissioner of Economic Development in old Rivers State, Dr. Monday Okonny decried that internal differences has caused so much misgivings in the state. “But with the judgment over”, Okonny noted, “the era of divisive government should come to an end.  The leaders in the state should run an all-inclusive government.

In his submission, River’s Action Congress (AC) leader, Prince Tonye Princewill described Governor Chibuike Amaechi’s tenure as divine, one made in heaven and confirmed on earth.

He urged Soberekon and all others sitting on the fence to follow his initiative by joining hands with Governor Amaechi in order to move the state forward.

On his part, Hon. Victor Ihunwo, a member of Rivers State House of Assembly described the victory as a well deserved one.

Hon. Ihunwo who represents Port Harcourt Constituency three in the State Assembly noted that the judgment was not for Governor Amaechi, but for the upliftment and development of Rivers State.

Also reacting, Rivers State Commissioner for Urban and Rural Development, Bar. Osima Ginah said the judgment was fair and good and commended Chief Bekinbo Soberekon for fighting for his rights.

He urged other opposition politicians to close ranks with the present administration for the overall good of the people of the state  .