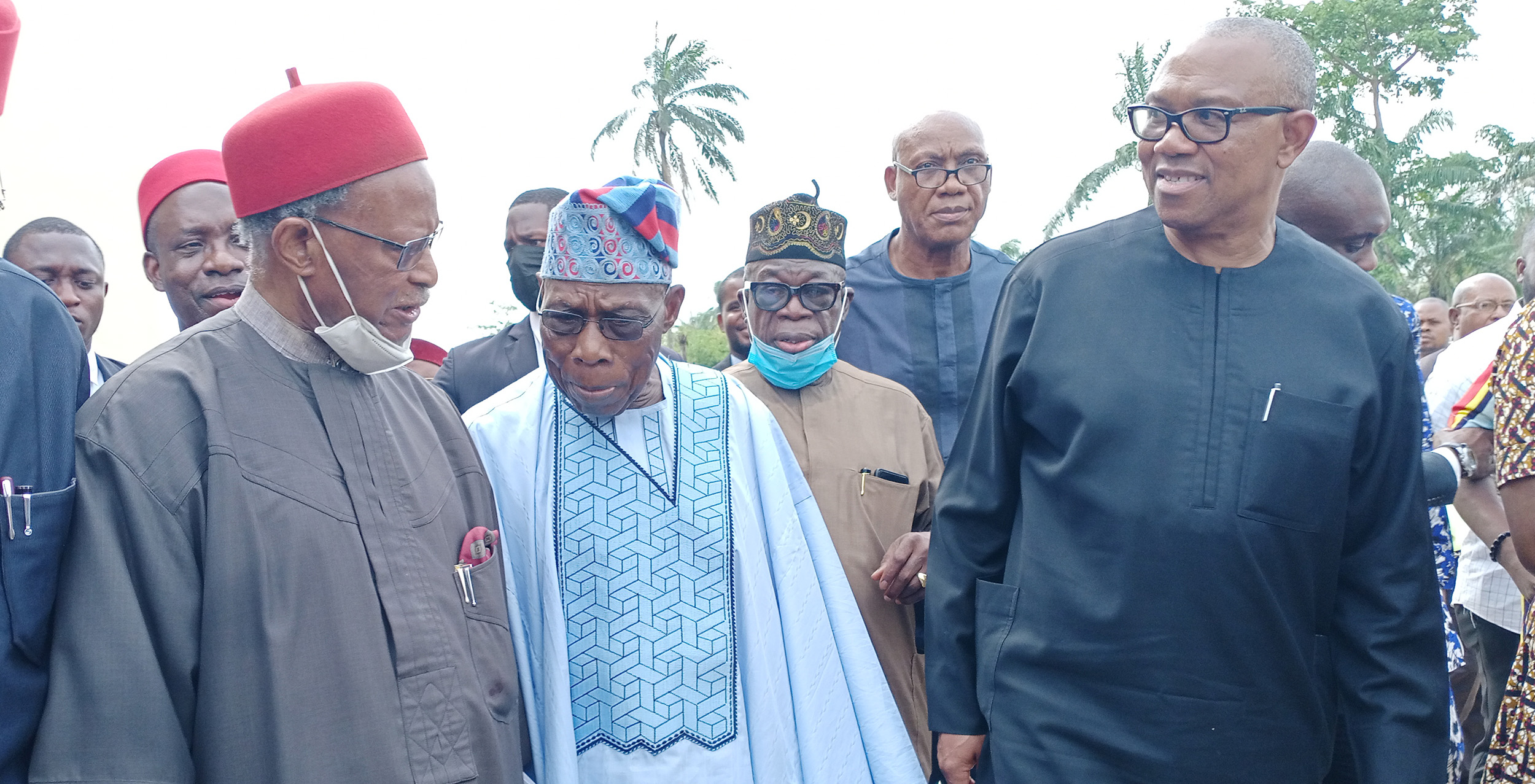 Former President, Olusegun Obasanjo, yesterday, warned Nigerian youths against allowing those who “mess up with their future” to lead them again.
Obasanjo tasked the youths to engage in activities that would change the African narrative by participating fully in all the socio-economic and political activities.
Obasanjo spoke in Abeokuta, Ogun State, during the third edition of the presidential youth mentorship retreat organised by the Youth Development Centre of the Olusegun Obasanjo Presidential Library.
The former president said that such participation would also guarantee a better future for the young generation as it would not allow those who are messing up their future to succeed.
Obasanjo, who spoke on the theme, “Removing Barriers against youth,” said, “in most parts of Africa, there are visible barriers and not so discernible barriers militating against the actualisation of the latent potentials of the African youth.”
The former president, who was represented by the Deputy Chief Coordinator of OOPL, Dr AyodeleAderinwale, said the biggest obstacle to effectively removing the barrier “is the attitudinal disposition and orientation of the young people.”
He challenged youths to, as a matter of strategy, never to allow another person to determine or shape their space in society.
According to him, if our youth can be desperate enough to agree to trek through the desert to get menial jobs in Europe, that energy, that spirit, that fortitude should be channelled to eradicate both physical and mental barriers.
Obasanjo said, “The villagisation of the globe has rendered geographical barriers largely irrelevant. The movement towards a knowledge economy has also meant that proper nuances eliminate barriers. In essence economic opportunities have become trans-border in nature and manifestation. There are enormous opportunities for private initiatives in the national and global economic space.
“The young people should demand vociferously that our governments must enhance enabling entrepreneurial environment for young people is also a key to unleashing a culture of entrepreneurship among the youth. As this will have a broader impact in promoting sustainable development and addressing the barriers that specifically hinder young people like yourself to be economically empowered. Such empowerment will not only improve the individual life but also affect their community positively as they will serve as an agent of wealth creation.
“In conclusion, I am challenging you as young Africans to engage in activities that would change the African narrative by participating fully in all the socio-economic and political activities that guarantee a better future for you and not allowing those who are messing up your future to succeed.”
In her welcome address, the Chairperson of YDC-OOPL, Dr Bisi Kolapo, told the youths to consistently improve on leadership skills and development in order to take their rightful positions in governance.
Kolapo also emphasised that the youths have a divine mandate to dominate, be fruitful and replenish in anywhere they find themselves.
She challenged them to be driven by “violence in their spirit in order to possess their possessions.”
The Project Manager of YDC-OOPL, Omolara Kehinde, disclosed that the 26 participants drawn from states across Nigeria were selected out of 958 applications received.
She said, “With over 958 applications, received from all across Nigeria, I am glad to call you fortunate to have been selected to represent your state.”