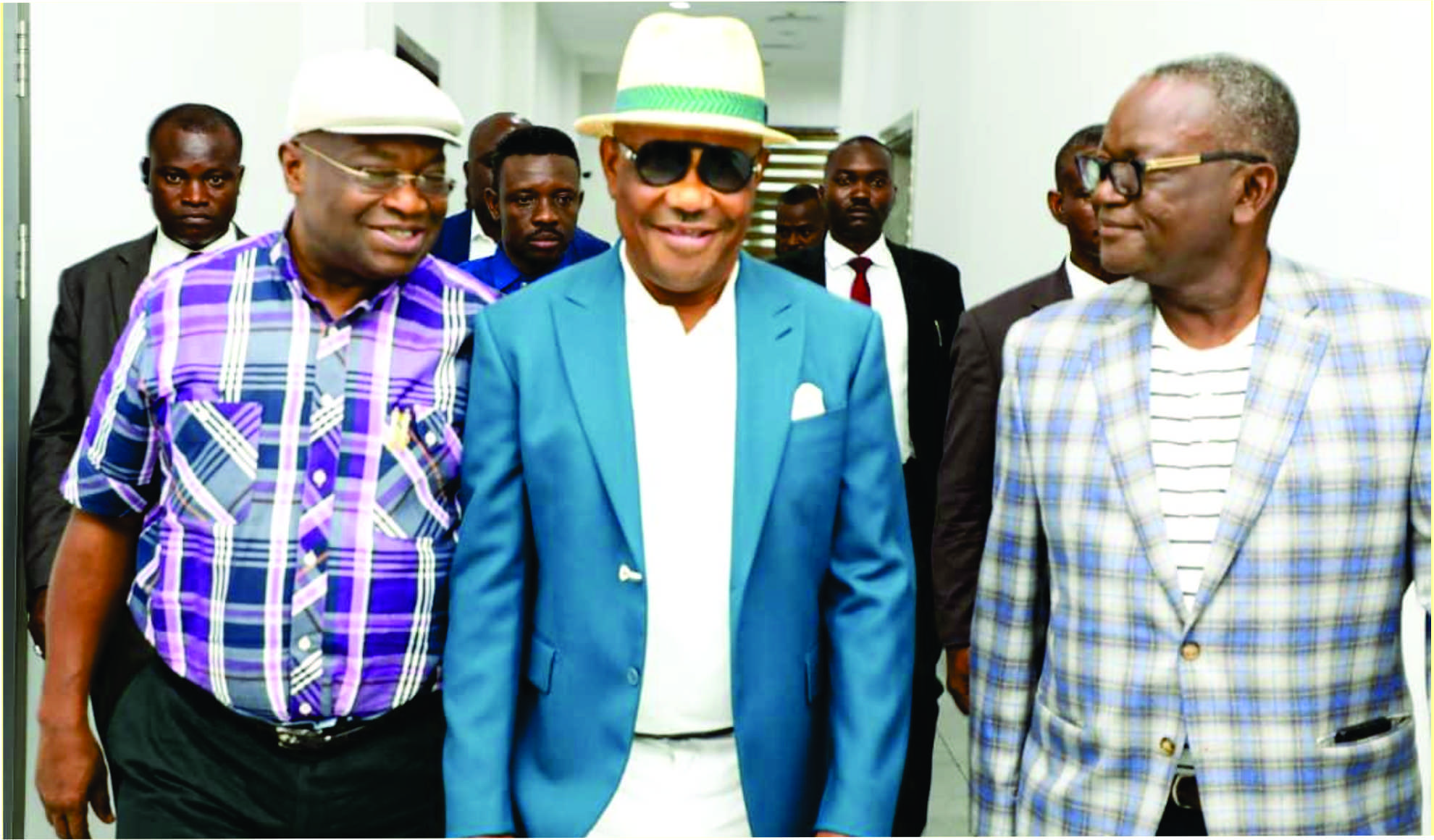 Again, Rivers State Government has retained its overall fiscal performance position for the third consecutive time.
It ranked first in 2020 and 2021 among the 36 states in Nigeria.
Kaduna and Cross River states made it to the top five, Yobe dropped to the bottom five, having fallen 13 places from 21st last year to the 34th position this year.
BudgIT, a civic-tech organisation leading the advocacy for fiscal transparency and accountability, rated Rivers ahead of others in the 2022 edition of its annual State of States report titled: “Sustainable Governance Reforms for a New Era”.
BudgIT’s Research and Policy Advisory Lead, IniobongUsen, said the report, which is BudgIT’s signature analysis, assessed and ranked the fiscal performance of all 36 states, from the most sustainable to the least sustainable.
Usen stated that for the 2022 edition, all 36 states were ranked using five metrics.
Index A examines states’ ability to meet Operating Expenses (Recurrent Expenditure) with only their Internally Generated Revenue; Index A1 looks at the percentage year-on-year growth of each state’s Internally Generated Revenue.
He said: “Index B reviews states’ ability to cover all operating expenses and loan repayment obligations with their Total Revenue (Internally Generated Revenue + Statutory Transfers + Aids and Grants) without resorting to borrowing.
“Index C estimates the debt sustainability of the states using four major indicators: Debt as a percentage of GDP; debt as a percentage of revenue; debt service as a percentage of revenue; and personnel cost as a percentage of revenue.
“Index D evaluates the degree to which each state is prioritising capital expenditure with respect to their operating expenses (recurrent expenditure).”
Commendably, BudgIT noted that cumulative spending on capital expenditure by the 36 states grew by 52.52percent from N1.77trillion in 2020 to N2.70trillion in 2021.
Eight states increased the capital expenditure year-on-year by more than 100per cent, however, just five states, Anambra, Ebonyi, Cross River, Kaduna, Rivers, prioritised capital expenditure over operation expenses, signalling the prioritisation of investments in infrastructure, job creation, and human capital development.
BudgIT narrated that the operating expenses of Yobe and Bayelsa (the least ranked states on Index A) was more than seven times the revenues generated by both states Internally, reinforcing the heavy reliance on federal transfers and budget support to fund their budgets.
On Index A1, save for three states which ranked the least, Anambra, Kogi and Kebbi; 33 states experienced an increase in their IGR from the previous year, with 13 states growing their IGR by more than 50per cent.
Jigawa, Delta, Ebonyi, AkwaIbom and Nasarawa ranked first to fifth respectively on Index C which assessed the debt sustainability of the 36 states.
Cross River, Ogun, Imo, Osun, Plateau were the bottom five states on Index C.
Lagos State, with a capital importation of $31.78billion between 2019 and 2021, received 99.19per cent of the cumulative capital importation for 36 states of the federation.
Interestingly, 11 states received no capital importation between 2019 and 2021.
On debt sustainability, Usen said the cumulative debt stock of the 36 states grew by 8.68per cent from N5.86trillion in 2020 to N6.37trillion in 2021.
A more disaggregated view of the subnational debt shows that 11 states reduced their total debt liability, with Delta State having the most impressive decline of N33.84trillion.
BudgIT noted that Kogi State, with a foreign debt year-on-year growth of N85.65trillion, ranked first among the 17 states that grew foreign debt in 2021.
The four states with the highest dollar-denominated debt ($250 million and above), Lagos, Kaduna, Cross River and Edo, are the most susceptible to exchange rate volatility.
“The cumulative expenditure of the 36 states increased rose by 27per cent (from N5.23trillion in 2020 to N6.64trillion) in 2021. Notwithstanding, while 31 states increased their total expenditure from the previous year, fivestates reduced their expenditure—with Zamfara having the highest decline of 15.59per cent”, the report said.
BudgIT said the cumulative personnel cost of the 36 states grew by 5.38per cent from N1.46trillion in 2020 to N1.54trillion in 2021.
It said nine states reduced their overhead cost from the previous year, signalling a reduction in the cost of governance.
Conversely, 11 states increased their overhead cost from the previous year by more than 40per cent, with AkwaIbom having the highest growth.
Usen added: “On fiscal transparency, the 36 states of the federation currently publish in a timely manner their proposed budgets, approved budgets, budget implementation reports, audited financial statements for both the states and the local governments.
“In the same vein, many states have enacted an Audit Law that grants operational and financial autonomy to the Offices of Auditors-General of the State and Local Governments, thereby empowering their supreme audit institutions to effectively hold governments accountable.