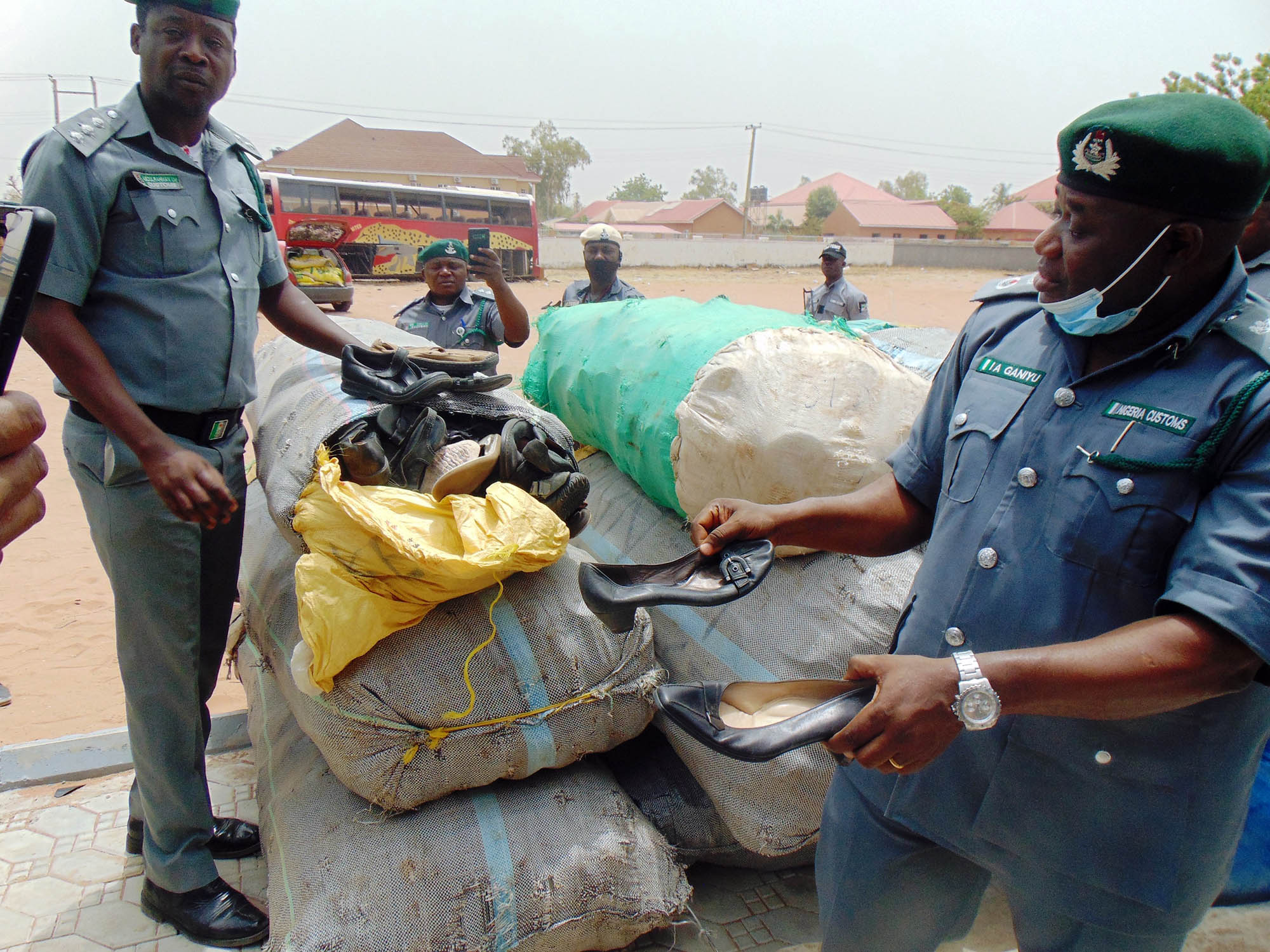 Seme Command of the Nigeria Customs Service (NCS), says it has intercepted a total of139 cartons of expired soft drinks the command also stated that it intercepted a total of 325,950 litres of Premium Motor Spirit (PMS), otherwise locally known as petrol, estimated at over 10 tankers of 33,000 litres each.
The Customs Area Controller, Compt. Mohammed Jibo, during a press conference on Friday, said aside the 139 cartons of expired soft drinks intercepted, it also impounded some consignments of illicit and restricted medicaments.
Speaking on the war against smuggling of petroleum products, with respect to a recent offensive by his officers and men, Jibo said, “The continuous surveillance of the beaches and creeks by our men has yet recorded another huge interception of 1,600 jerry cans of petroleum product of 30 litres each.
“The arrest was made at the late hours of Tuesday, 7 June, 2022, along Seme- Badagry waterways”.
He listed the illicit drugs to include 100 cartons of gabadol/tramadol, 120 milligrams, 2.8 kilograms, 306 parcels of cannabis sativa and 132 packets of tramadol capsules; with a combined Duty Paid Value (DPV) of N1, 481,107,671.00.
He explained that the seized petrol alone intercepted along the Badagry and Seme creeks has DPV of N65.6million.
The customs boss said other items seized are 86 pieces of Apetamin syrup; 302 prices of Dynewell Syrup; 50 pieces of Baba Yellow Syrup; three sachets of Rofhymol, 32 bottles of Cough Syrup; 99 cartons of fearless Energy Drinks and 139 cartons of Soft Drinks with a DPV of N1.48billion.
Jibo further disclosed that two suspects were arrested in connection with some of the seizures, adding that the seized petroleum products would be auctioned in line with Standard Operating Procedure (SOP) relating to seized perishable items.
He attributed the impressive performance of the Command, officers and men to renewed strategies and the uncommon support of the CGC’s led management.
“Professionalism, discipline, good working relationship with our stakeholders, cordial relationship with the host communities, and collaboration with other security agencies, were part of strategies responsible for this scorecard” he said.