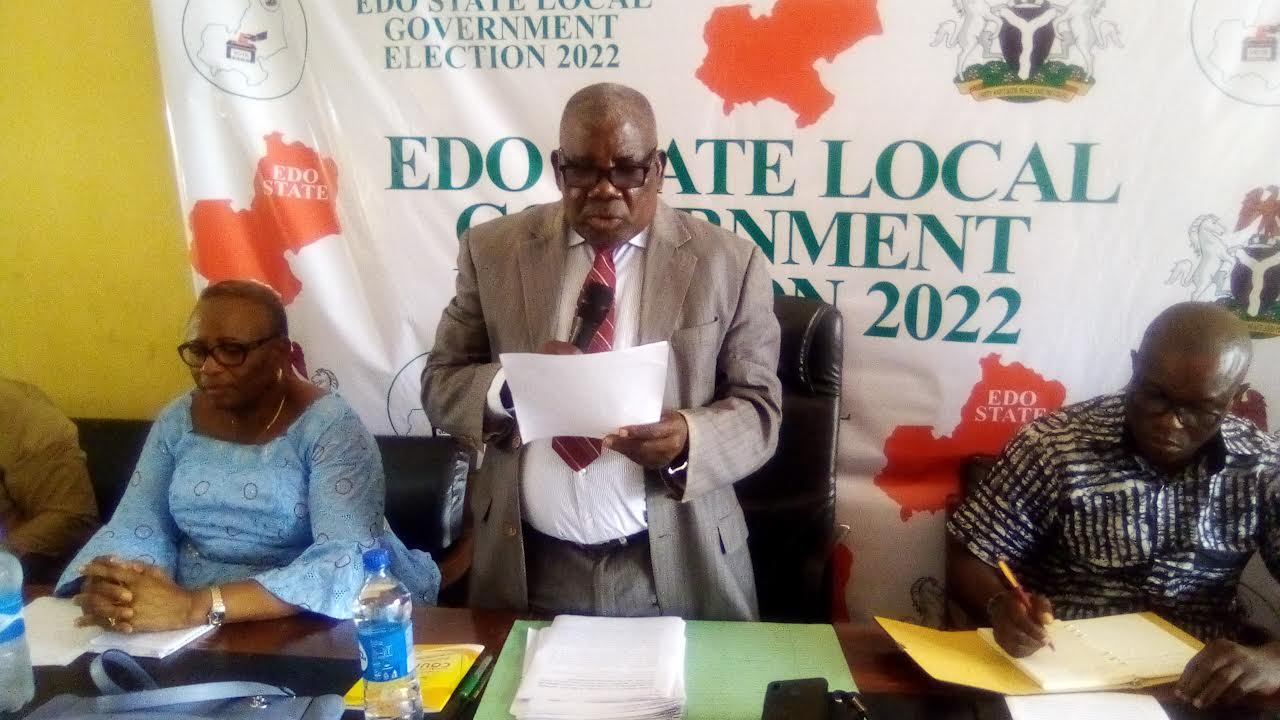 The Edo State Independent Electoral Commission (EDSIEC) has assured political parties of free, fair and credible local government election scheduled to hold on April 19.
Speaking at a meeting with members of the political parties in the state on Monday, Chairman of EDSIEC, retired Justice James Oyomire, gave detailed measures already put in place to ensure a smooth conduct of the election.
“l welcome you to this meeting arranged to familiarise you with members of the newly constituted EDSIEC members.
“It is to formally inform you that in line with the Edo State local government law 2022 as amended, the commission has resolved to conduct local government election into vacant offices of chairman, vice- chairman and councilors in the 18 local government areas in the state.
“Our task as a commission is to get the state ready for the election, sensitise stakeholders and the public on the conduct of the election.
“We are to announce the date for the election, put appropriate personnel in place, procure the election materials and distribute them to the 4,519 polling units in the 182 wards,” he said.
Oyomire promised the political parties a level playing field and equal opportunities in all the commission’s activities and appealed to them to shun politics of bitterness as election was not a do or die affair.
“I assure you of our cooperation, this commission is fully ready to conduct free fair and credible election in the 18 local government council.
Also speaking, the state chairman, Inter-Party Advisory Council (IPAC), Mr Joseph Omorogbe, commended the commission’s efforts towards the conduct of the election.
“This election is a much-awaited and we must remove all vigour and prepare for a successful election.
“I know that there are divergent views about the election, considering the short notice for the election but we will participate in the process because local government is closer to the people,’’ Omorogbe said.
The chairman of the People Democratic Party in Edo, Mr Tony Aziegbemi, expressed the readiness of his political party to participate in the election.
Aziegbemi called on the electorate to come out and vote, as their votes would count.
Meanwhile,the chairman of the Zenith Labour Party (ZLP), Mr Bishop Akhalamhe, has raised concerns over the short notice for the election.
“We are not against the conduct of the local government elections, but the three weeks’ notice for the election is too short.
“We will go back, meet with our members and come out with a position as to whether we will participate in the election or not.
The political parties present at the meeting include, the Peoples Democratic Party (PDP), Peoples Redemption Party (PRP), Labour Party (LP), Social Democratic Party (SDP), Action Peoples Party (APP) and Zenith Labour Party (ZLP).
Others are Action Alliance (AA), Accord Party, All Progressive Grand Alliance (APGA), Young Progressives Party (YPP) among others while the All Progressives Congress (APC) did not attend.