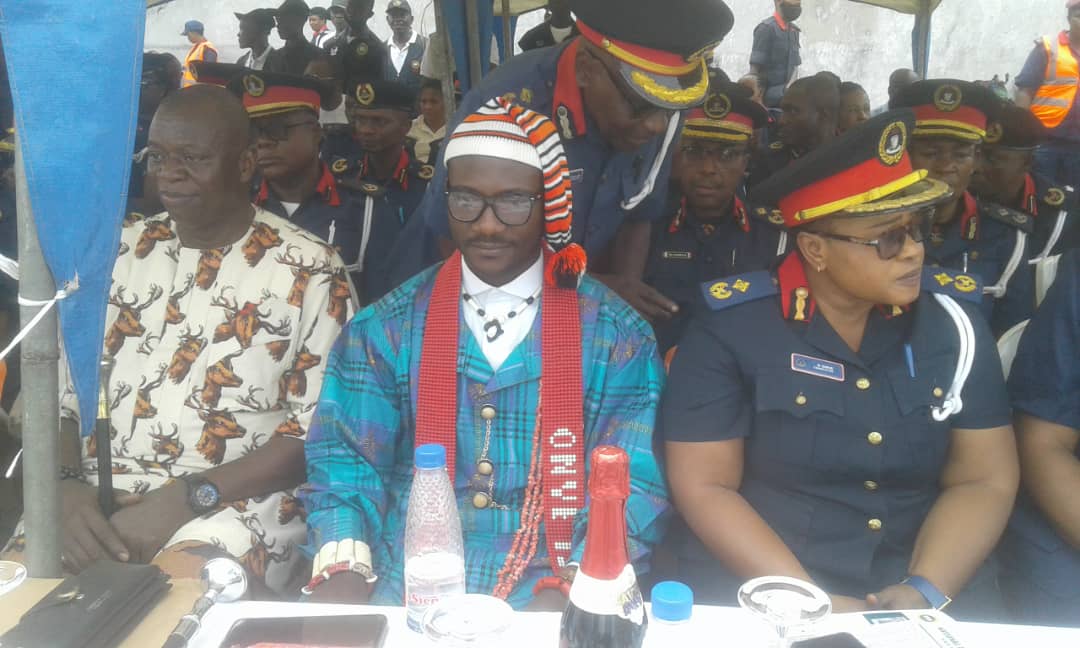 The commercial Community of Mbiama in the Ahoada West Council Area of Rivers State was agog as the family of the paramount ruler of the community, Sylvanus Smith Otovie committed their late patriarch, Late Chief Sylvanus Ateyi Abel to mother earth.
Speaking at the funeral ceremony, the Okilom-Ibe of Engenni Kingdom, Moore Ubuo Maclean, described the late nonagenarian as peace-loving and industrious.
The Engenni monarch stated that the peace and harmonious living of the communities and people of the Kingdom were partly due to the fatherly advice and counsel of the late patriarch, calling on the people of the kingdom to emulate the foot steps of the late Chief Sylvanus, just as he affirmed that the deceased would be dearly missed by the chiefs and people of the Kingdom.
Also speaking, the Eze Igbuduya 11, King Joshua Eyiba added that the Late Chief Sylvanus was a man of integrity who earned a reputation in his businesses, noting that he proved his mettle in every facet of life’s endeavour he had ventured into while alive.
He emphasised that the late father of the Mbiama monarch during his time contributed immensely towards the peace, unity and development of Ahoada West Local Government, just as he noted that he had left a vacuum which may take awhile to fill in his immediate community.
Meanwhile, the Paramount Ruler of Mbiama Community and chief mourner, Sylvanus Smith Otovie, has described his late father as a friend, confidant and greatest adviser who would be dearly missed.
He restated his resolve to keep his father’s legacies alive, adding that his late father who fondly called him his ‘carbon copy’ had gone to rest in the bosom of the Lord, reiterating his commitment to continue toeing the path of peaceful coexistence, patience and tolerance, attributes he noted he learnt from his late father.
“I will miss my father so dearly, he was my friend and best adviser. He never quarrelled nor fought anyone throughout his existence on earth. My father hated and avoided troubles. You saw me crying while we’re coming back from the morgue.Because of my father’s peaceful disposition, he was appointed as acting paramount ruler of our community, Mbiama at three different times. I’ll do my possible best to keep his legacies alive”, the Mbiama monarch said.
In a chat with newsmen shortly after the interment, first son of the late nonagenarian, Mr Ominade Sylvanus, who relived the life and times of his late father, described him as a man of honour, integrity and discipline who would do his best to alleviate the sufferings of people around him and any one he came across in his life time, even at his old age.
The Tide reports that the funeral ceremony of the late father of the Mbiama monarch who past on at the age of 96,had earlier commenced from the 16th day of March and was rounded-off on Sunday with a thanksgiving service at the Apostolic church, Mbiama

Diri Urges Politicians To Play By The Rules