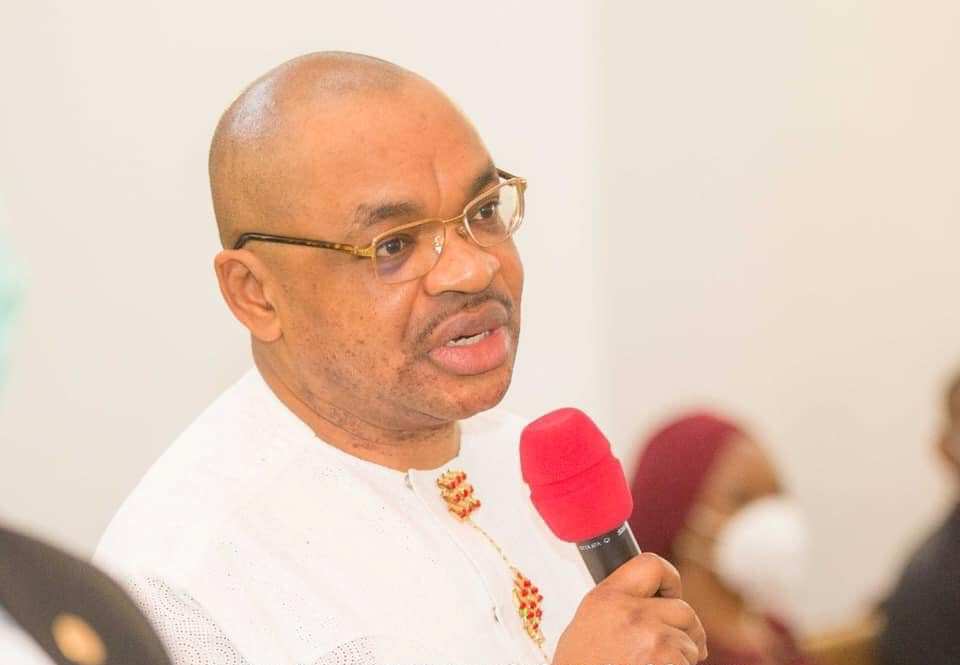 In the light of the ongoing second year in office anniversary celebrations of Bayelsa Governor, Douye Diri’s administration, the Akwa Ibom State Governor, Udom Emmanuel and Governor Diri at the weekend flagged off the maiden dry season farming at Otuasega community in Ogbia Local Government Area of the state.
In his flag-off remarks,Governor Emmanuel described his Bayelsacounterpart,as a selfless and pragmatic leader that has demonstrated leadership within two years in office,saying that he was happy to identify with Diri’s laudable projects and his effort to ensure food sufficiency.
“We cannot continue to rely on proceeds from oil and we need to lay a solid foundation to jumpstart our economy,” he said.
In his speech, Governor Diri stated that his administration has prioritised Agricultural development to diversify the economy of the state and ensure food security, noting that the government was focusing on rice,plantain,yam, cassava,maize, banana as well as fisheries production and exploring the processing and marketing the entire value chain.
He also hinted that the state government had signed a Memorandum of Understanding with a Consortium of Companies under the African Atlantic Gulf of Guinea Fisheries Limited,saying that the deal when becomes operational would create 4000 jobs,train 2500 youths in fish farming and establish a boat building yard as well as a fish processing plant of over 20000 metric tonnes capacity, reiterating that the state-owned cassava processing factory at Ebedebiri Communitiy in Sagbama council area of the state would also become functional in about three months time.
The Bayelsa State chief executive said in partnership with the Central Bank of Nigeria (CBN), the state government has installed rice mills at the State-owned Niger Delta University(NDU), Amassoma and at the Federal University, Otuoke, just as he noted that the government has also provided seedlings to 2500 farmers in the right Local Governments of the state.
“ Agriculture is one of the pillars of my administration towards diversifying and removing our people’s focus from oil and gas and encouraging them to go into good production.”
“ I therefore call on our people, particularly civil servants and political appointees to return to farming and fishing on a commercial scale for local consumption and export in order to earn good money”, he said.
Also speaking shortly after conducting Governors Diri and Emmanuel round various Agricultural produce stands at the venue of an exhibition in Yenagoa,the state Commissioner for Agriculture and Natural Resources,Chief David Alagoa described Bayelsa as having been endowed with several Agricultural potentials.
Alagoa noted that the Agricultural potentials of the state were capable of driving it’s economy when properly harnessed, noting that the state have has already commenced the production of fish feeds from rice ban, palm kernel cake as well as with other byproducts,this was even as the Commissioner called on the people of the state to venture into Agriculture as he noted that it is a major source of revenue in the entire world.