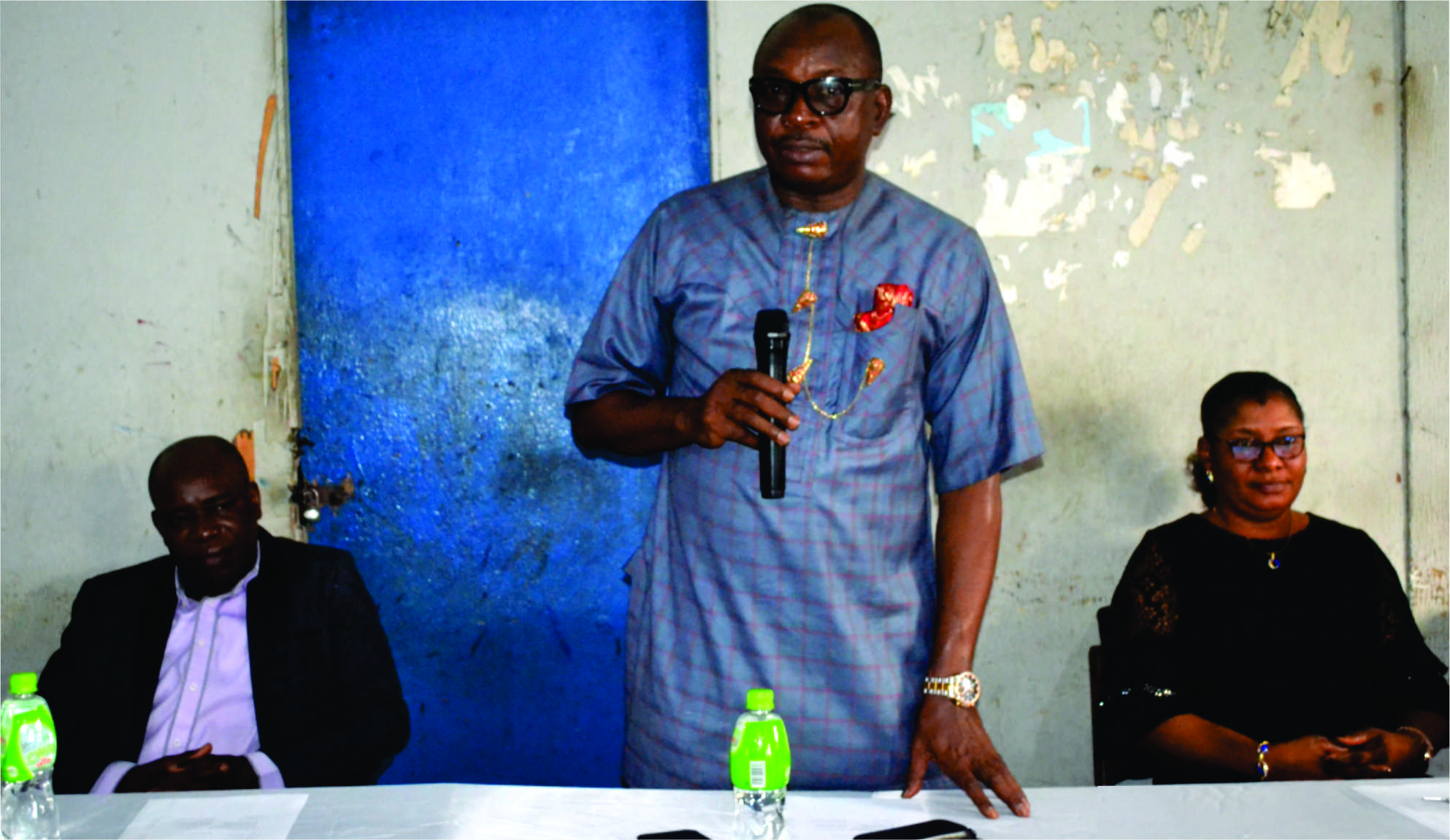 The border communities of the inseparable Rivers and Bayelsa States, (Igbogene in Yenagoa council area of Bayelsa State) and (Okarki in the Ahoada West Council area of Rivers State) have lauded Governors, Douye Diri and Nyesom Wike over their sterling performances in office.
The Engenni-speaking Okarki Community and its sister Epie speaking Igbogene Community expressed their appreciation separately to their governors on the sidelines of a tour of ongoing government projects carried out by select media practitioners in the Niger Delta region.
Speaking to the media group at the site of the ongoing construction of the Igbogene ultra modern transport terminal, the duo of the chairman, Community Development Committee(CDC), Igbogene Community, comrade Samuel Opuluye and the Community liaison officer of the Bayelsa State Dredging and Construction company, handlers of the project, Comrade Dickson Sasime thanked the Bayelsa State Governor, Douye Diri for continuing the project from where his predecessor and initiator of the project, former Governor Seriake Dickson stopped.
They restated that though the delivery target year of the project was initially delayed due to pursity of funds, it is now set for Inauguration in the coming days by the state governor.
The duo reiterated that upon the commissioning of the project which they described as the best of its kind in the Niger Delta region, there would be a beehive of socioeconomic activities in and around the border community.
The Tide reports that Igbogene community of Yenagoa council area of Bayelsa state, one of the gateway towns of the state would in days be hosting the state governor and other dignitaries as the state government perfects plans to commission a number of projects in the community.
It would be recalled that the Governor Diri’s led prosperity administration has continued and also completed a number of Infrastructural projects it inherited from the immediate past administration of the state other successive ones.
Also speaking in Okarki community of Ahoada West Local Government Area of Rivers State, the CDC Chairman, Mr ThankGod Arugu eulogised the Rivers State Governor, Nyesom Wike for embarking on the award and total reconstruction of the only public secondary school in the community as well as the award and reconstruction of the Mbiama-Akiogbologbo – Okarki Road projects.
The Okarki CDC boss expressed joy that with the ongoing rebuilding of the Community Secondary School,Okarki by the Governor Wike’s administration, education would be given a boost in the community and its environs.
Arugu, who described Governor Wike as a leader with passion to deliver the dividends of democracy to the people of the state noted that the governor from his inception into office has never politicized development, just as he averred that Wike has at all times been very sensitive to the plight of Rivers people.
He, however, restated that the contractors handling the school and roads projects have betrayed the confidence the community had earlier reposed in them, saying that whereas the Mbiama Akiogbolo Okarki Road project was constructed with substandard materials, the contractor handling the secondary school building has abandoned the project without completing it, pleading with The ‘Mr Project’ and the relevant government Ministry in charge of the two projects to call the contractors to order.
“The Rivers State Governor, ‘Mr Project’, His Excellency, Nyesom Wike, has done well for Okarki Communitiy, especially with the ongoing reconstruction of our secondary school and the Mbiama Akiogbologbo Okarki Road projects.
“But the contractors for these projects have delayed the works and for the road, the contractor came and did his work with substandard materials”, the Okarki CDC helmsman said.
The Tide learnt that not until governor Wike’s intervention through the award of contracts for both the rebuilding and reconstruction of the Community secondary School,Okarki and the Mbiama—Akiogbologbo—Okarki road projects, both infrastructure were in complete quagmire and commatos situations.