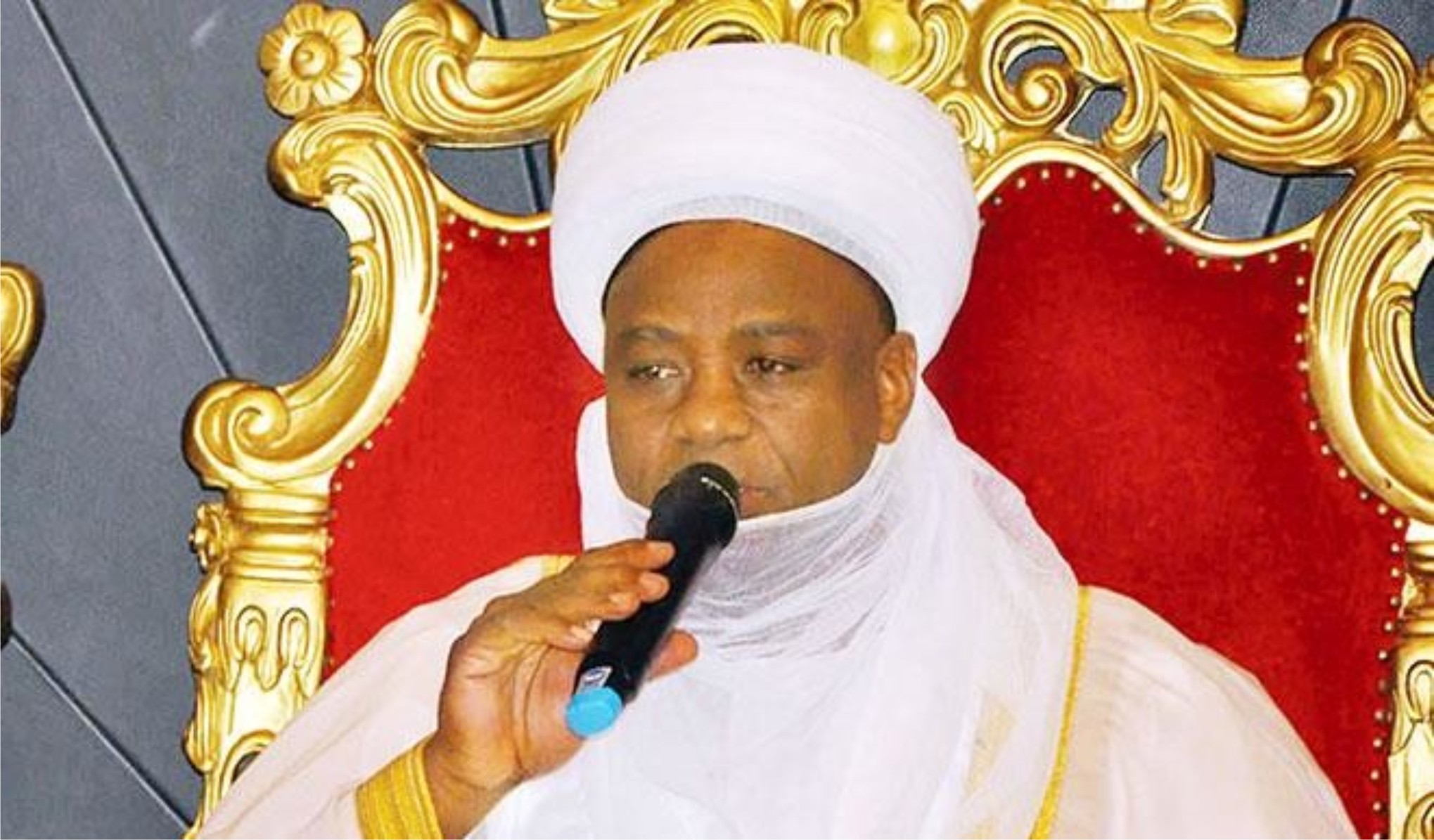 Rivers State Governor, Chief Nyesom Wike has deplored bandits’ attack in Sokoto State, and commiserated with the government and the Sultan over the unwarranted killing of innocent citizens by bandits.
The governor, who condemned the recent spate of killings in Sokoto, said the government and people of Rivers State consider the dastardly activities of marauding bandits as barbaric.
Wike stated this when he and the Sokoto State Governor, Rt. Hon. Aminu Tambuwal, paid a courtesy call on the Sultan of Sokoto, Alhaji Muhammad Sa’ad Abubakar, in his palace in Sokoto, over the weekend.
The Rivers State governor expressed dismay over the wanton killing of innocent citizens by bandits in Sokoto and other parts of the country.
“We have had a long standing relationship, and so, the people of Rivers State have told me to commiserate with you and the people of Sokoto State. I’m sorry for what happened, and we believe God will give the families that have lost their loved ones the courage, give them the strength to bear this unnecessary lost of lives.”
The governor, who was accompanied by a delegation of Rivers’ elders, also thanked the Sultan for the role he has been playing to ensure the stability of the country.
“You’ve been trying to stabilise all the religious groups, all the ethnic groups, to understand we have no other country than Nigeria. You have always spoken out, irrespective of whether it touches on Moslems, whether it touches on Christians, or whether it touches on those who don’t have religion.
“You’ve always spoken out, and you have admonished government where necessary in terms of insecurity, in terms of other crisis, in terms of poverty. You have always spoken out and to advise government on the best way to try and see that things get better for the citizens of the country.”
The governor said it takes somebody who has passion and undying love for the country to play the kind of role the Sultan has been playing to ensure stability and unity of the nation.
“This character in you is rare. If all leaders can exhibit this kind of trait, then, we will have future; then, we can know that this our country is going somewhere. You’re exhibiting the character that is expected of leadership.
“You have had sleepless nights talking to Christians, talking to Moslems, talking to the North, talking to the South, talking to everybody to see ourselves as one Nigeria.”
Wike urged the Sultan not to relent in speaking for the oppressed, the less privileged, the poor and rich Nigerians.
In his response, Sultan of Sokoto, Alhaji Muhammad Sa’ad Abubakar, thanked Wike and the Rivers’ delegation for the brotherly visit.
The Sultan blamed lack of love for the prevalence of killings, confusion and acrimonious relationship among Nigerians.
“If there is love, all the acrimonies we hear, the confusion all over the place, the killings won’t have taken place. People kill without any motive. Blood thirsty people kill anyhow because there is no love, and there is no Godliness.”
The Sultan assured that he would continue to build bridges and cement relationship between the peoples of Sokoto and Rivers states.
“Whatever we have done, it is what our forefathers and religion ordered us to do, and we will do more to strengthen our relationship, so that we can have a peaceful society, a country that we can be proud of, and say yes, this is the Nigeria that we dream of; not the Nigeria that we hear sad news of killing innocent people, unnecessary shedding of blood.”
He commended Wike for his consistent visits, particularly during festive period, and for supporting the government and people of Sokoto State.
The Sultan further appreciated Wike for his unprecedented developmental strides in Rivers State.
Wike was accompanied by the Rivers State Chairman, Peoples Democratic Party (PDP), Amb. Desmond Akawor, Senator Olaka Nwogu, Senator Lee Maeba, Barrister Ledum Mitee, and Director General, Rivers State Bureau of Public Procurement, Mr. Igonibo Thompson.