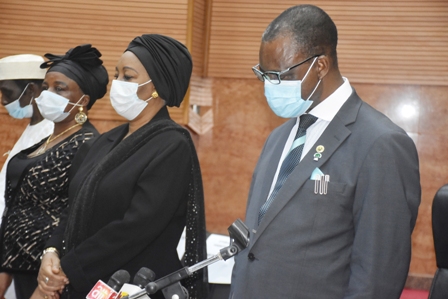 Sub-Sahara Africa, Nigeria inclusive, is far behind in the ongoing global energy transition from fossil energy to renewable energy.
This conclusion was arrived after a two-day online training for African journalists tagged Reporting the Energy Transition in Africa.
The training which held online from Dec. 13 to 14, 2021 and attended by journalists from Nigeria, Kenya, Cameroon, Zimbabwe, Benin Republic, Uganda, Tanzania and other African countries, was organised by the Africa Coalition for Sustainable Energy and Access (ACSEA), the Pan-African Climate Justice Alliance (PACJA) and the Worldwide Fund for Nature (WWF).
According to coordinator of ACSEA, Dr Augustine Njamnshi, while South Africa, Morocco and Egypt are doing well in the area of renewable energy in Africa, Sub-Sahara Africa still paying lip service to it.
“The transition will happen whether we like it or not and while some African countries have begun to move away from fossil fuel, Sub Sahara Africa is far behind. 80% of energy still comes from fossil fuel (coal, petrol and diesel etc), which is chiefly responsible for global warming and climate change.”
Global warming is a catalyst to excessive rain, flood, sea level rise, high temperature, prolonged drought, poor yield, malaria, cholera and other health issues. Only 16.7% comes from renewable energy and largely concentrated in South Africa.
Training facilitator, Eugene Nforngwa, Thematic Lead, Just Transition and Energy Access, PACJA/ACSEA, said a gradual investment redirection from fossil fuel and coal to renewable energy such as hydropower, geothermal, wind, solar and biomass will help Africa tap into the emerging second industrial revolution.
“Africa is blessed with renewable energy and that is the future of the world. Africa must not miss out.”
Thomas Opanda, WWF Regional Energy Hub, during his presentation, wondered why Nigeria, Gabon, Cameroon and other rich oil countries in Africa are not doing well economically.
“Oil has not contributed to the betterment of Africa. What is the current GDP of Nigeria and Gabon? Countries without oil are even doing better,” he concluded.
Currently, PACJA and WWF are implementing the “Africa Energy Transition” project in three countries namely: Kenya, Tanzania, and Madagascar. The project seeks to address the planned extensive use of coal in Africa’s energy mix, the inadequate planning and investment in non-hydro renewable energy (wind and solar), and the lack of energy access in rural communities.