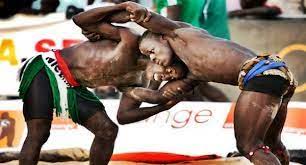 The Nigeria Wrestling Federation (NWF) has announced a strong team of 10 wrestlers that will fly Nigeria’s flag at the Africa/Oceania Olympic Games qualifiers in Hammamet, Tunisia, which is scheduled to run from 2nd to 4th April, 2021.
The team, which is comprised of five male and female wrestlers apiece, is headlined by former World No. 2 and reigning Commonwealth Champion, Blessing Oborududu (68kg).
In the Women Wrestling style, the 10-time African champion will be joined by fellow Commonwealth gold medalist, Aminat Adeniyi (62kg), Beach Wrestling world champion, Blessing Onyebuchi (76kg), 2018 African Championship gold-medalist, Bose Samuel (53kg) and youngster Adijat Idris (50kg).
Men’s National Team captain and 5-time African champion, Amas Daniel (65kg) will be competing in the Freestyle event alongside former African champions, Soso Tamarau (97kg), Ekerekeme Agiomor (86kg) and Ebikwenimo Welson (57kg), as well as 4-time African Championships gold-medalist, John Ogbonna (74kg).
In Hammamet, the wrestlers will be led by three coaches: Purity Akuh, Victor Kodei and Happiness Burutu, as they vie for Olympic tickets at the postponed Summer Games in Tokyo, Japan.
Former World No. 1, Odunayo Adekuoroye (57kg), is the only Nigerian wrestler to have qualified for the Tokyo Games – a feat she achieved by claiming bronze at the 2019 World Championships in Nur Sultan, Kazakhstan.
Team Nigeria, who have been intensifying preparations for the qualifiers in Yenagoa, the Bayelsa State capital, will depart the country for Tunisia on 30th March via a Turkish Airline flight.

Win Over Vandrezzer ,Turning Point For Go Round – Elechi