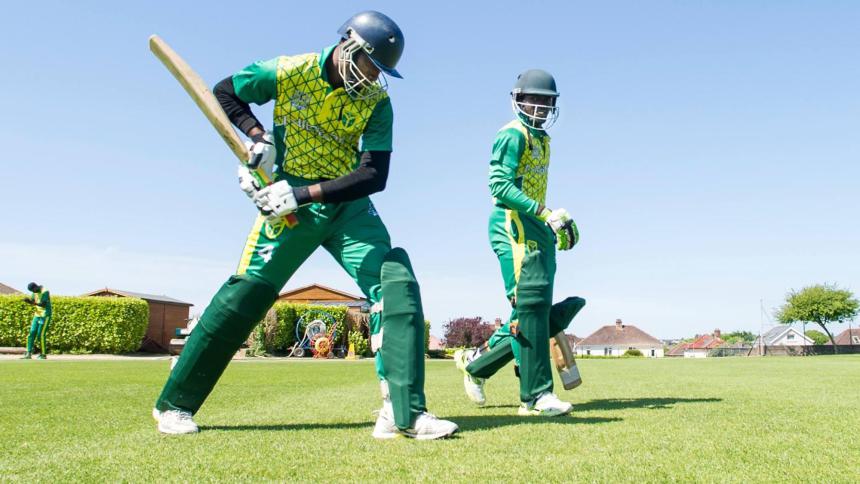 In a bid to form a formidable team to represent Nigeria in the forthcoming Africa Cricket Qualifiers (ACQ) the Nigeria Cricket Federation (NCF) has invited 36 players and officials to the Senior Men’s National Camp.
This was disclosed by the Rivers State Cricket Coach, Tonye Timinadi, during an interview with Tidesports, in Port Harcourt.
According to him,  the NCF T20 Triangular series will commence this weekend, 6 and ends 20th December. This year to prepare cricketers ahead the African cricket qualifiers coming up next year in Kenya.
He explained that the players that will make the final list, are subsequently requested to  be released and allowed to be part of the National trials.
“According to a statement by the Secretary General of the NCF, Taiwo Orissa,  players who will make it to the finals at the T20  Triangle series are expected to be allowed to participate in the National trials,” Coach Timinadi noted.
Meanwhile, players invited include,  Joshua. Ayannaike, Sylvester Okpe,  lsaa Okpe, Ovais Yousof,  Chimezie  Onwuzulike,  Opeyemi  Awonsumi,  Sedan Adedeji,  Daniel  Ajekun, Daniel  Gim, Rasheed Abolarin, Taiwo Mohammed, Vincent  Abo woye, Sulaimon  Runsewe.
China Akachukwu, Mustapha  Yusuf, Adeleke Oyede, Jimoh. Abdulrahman,  Peter Aho,  lsaa Danladi,  lsiaka Audi, Olaleye  Elijah, lfeanyi Uboh, Yusuf  Gashon,  Samuel Mbah  Odion  Isesele, Segun Ogundipe, Miracle Akhigbe, Beki Mubaraq, Adewale  Biokoto.
Others are Nzube Nwokike E,  Daniel Okposo,  Boniface  Oche,  Chibuike Nwakwo,  Joel  Joseph,  Obinma Chisom and Segun  Olayinka.