The Rhythm Of Life: The African Poet 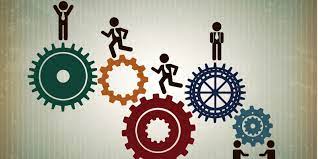 A recent exposition by the Executive Director of National Board of Technical Education in Nigeria Professor Bitrus Bagagi on skill Gap in all se3ctors of the economy is revealing.
The issue of skill gap is traceable to the yawning gap in our educational system between paper qualification and capacity development in skills that are relevant to industry and general services in Nigeria.
According to professor Bitrus Bagegi in every five university graduates, there should be five technologists and in every five technologist there should be five technicians.
However, this reality has eluded Nigeria because of poor educational planning and implementation.
Nigerian educational system is still suffering from the hangover of British colonial Educational system which emphasised two basic skills of Literacy and Numeracy.
The colonial masters brought this skill regime to provide the needed manpower for their colonial administration. They wanted interpreters, court clerks, Clergy and security personnel to run their administration. These skills served their purpose of that time and the early days of our independence. However it does appear as if curriculum developers in the Nigeria Educational System are still struggling to get away with this philosophy of immediate and non- sustainable manpower needs.
When the six-three-three-four system of education in Nigeria was introduced, there was a strong vocational component to remove the system from this colonial need.
Old habits they say are difficult to die. Efforts at building vocational education centres to remove the skill gap at the lower rungs of technological development did not seem to make deep and sustainable impact in bridging skill gaps. Polytechnic Education also was created to grow middle level manpower to groom technologists that will provide industrial revolution. Sadly, polytechnics created none technological
Departments to satisfy other needs which universities and Colleges of Education should address. The Universities of Technology became the vogue in the nineteen . eighties with the establishment of Rivers State University of Science Technology in Port Harcourt. The Federal Government of Nigeria glorified it by establishing several Universities of Technology to enthrone a technological revolution. The idea in all these is to have a large army of Artisans, Technicians, Technologists and Certified Engineers.
Education Departments created vocational Department to produce teachers of these skills in technical colleges and vocational centers. Have these efforts made any sustainable and effective impact in addressing skills gap at all levels of technological enterprises.
It is sad to note that the current railway development project in Nigeria has exposed serious skill gap among the I Nigerian work force. Records indicate that five thousand welders are needed in the current construction of Rail tracks and maintenance in Nigeria but the numbers that were documented were only in their hundreds.
This is just a tip of the ice bag in the gap that exists in skill acquisition in the Nigeria conomy. Citizens of Togo and other West African Countries cross the border to Nigeria to do simple jobs of pipe fitters, plumbers and other building craftsmen.
In a country of over 180 million people, it is difficult to find good craftsmen to do simple electrical wiring in a house and good automobile craftsmen are hard to find.
Most times we find half baked technicians who end up creating more problems. Poor electrical wiring installations have often led to fire out breaks and electrocution. Car engines are easily damaged these days because of Incompetent Auto mechanics.
The problem emanates from poor training culture and get rich quick mentality. Some of these skills which are picked on the road sides can be better managed in well structured vocational training centers with the right curriculum and philosophy.
According to C. S. Lewis “Education without value is useful only to make man a more clever devil”.
Have we asked ourselves why buildings are collapsing? Lack of adequate skill is responsible. The Nigeria Polytechnics and Engineering as well as Environmental science Departments have produced more quacks than men and women with requisite skills, the rest are paper tigers. This is why there is serious reliance on
foreign skill holders in almost all the high tech enterprises in Nigeria.
Competent and well groomed craftsmen, technicians, technologies are very few.
Many quacks roam the streets with their tools of incompetence. Sadly, it is not their fault; it is a problem that starts from a flawed educational Environment. Nigeria is a
; mono cultural economy that relies so much on oil but possesses little skill value in the industry.
Foreign investors still control the bulk of man power needs. The hope lies in restructuring our educational system to produce balanced skill driven system. We must get rid of producing graduates with skills and craftsmen who are empty in capacity. 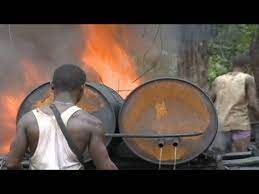 Violence Against Women And Girls 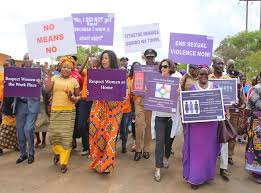 It is important to recall that when God created Adam, he needed to make creation complete by creating Eve. He thus sowed the seed for procreation and for the population of human society. It became, obvious that no human society can be complete without the presence of male and female homosapien. God made all creatures male and female. This was intended to achieve harmony. Unfortunately, peace and harmony have eluded the human society because of violence. Violence has been explained as strength of emotion or of a destructive natural force.
More apt is the definition of violence as behaviour involving physical force intended to hurt, damage or kill someone. Precisely, violence is about human behaviour which relates to emotional and physical force intended to hurt. The International Day for the elimination of violence against women was celebrated on the 25th day of November, 2021.
This global celebration is a wakeup call on the world population to remind them of the danger of gender based violence. In this case, women and the girl children are the victims of this absurdity. Indeed, any harm done to women and the girl children is harm against humanity. This fragile specie of the human society deserves to be protected because of their roles as mothers. Mothers nurture the present and the future of any society. It is therefore a thing of great global interest that the U. N. Body set aside 16 days of activism as part of this celebration to dig deep into the importance of protecting women and Girl children against all forms of abuse.
Records indicate that one out of three women has been abused at one time or the other. Indeed, 35 percent of women worldwide have been abused with respect to rape. The theme of this year’s celebration is Orange The World: End Violence Against Women Now!”
Orange in this concept is explained as a colour that represents a brighter future, free of violence against women and girl children.
Women and gender activists around the globe have remained awake and vociferous to raise the awareness that women around the world are objects of rape, domestic violence and other forms of gender based violence. Rape in particular is the most prevalent violent injury inflicted on women globally in India, UK, South Africa, Nigeria and the United States. In the United States, reports indicate that one out of six Americans has been raped or has been a victim of attempted rape.
“Rape is an unlawful act which involves sexual intercourse carried out by force and under threat of injury against a person’s will”. Research evidence across the globe indicates that reporting rape cases is a herculean task because many victims choose not to report as a result of the embarrassment associated with it and most importantly because of fear of reprisals.
Victims are most often threatened with serious repercussions if they reveal the encounter and the perpetrators of the act. Parents and adults, keep mute when their girl child is raped because of prejudices and attendant stigmatisation that may trail the victims. The conspiracy of silence is the greatest bane of the unfortunate pain the girl child suffers.
Defilement of underage girl child is the most unfortunate and demonic aspect of gender abuse. There are rampant reports about the adults and aged males forcing their genitals into the sex passage of infants. This absurdity further debases the human society and brings to question the moral authority of some persons who address themselves as fathers. Innocent children are victims of their depravity that sometimes have ritualistic intentions.
According to the Minister of Women Affairs in Nigeria, Mrs. Paulen Tallen, 30 percent of women and girls have experienced one form of sexual abuse or the otherin Nigeria. Women and girls between the ages of 14 and 49 years, experience different forms of sexual abuse.
Research reveals that 28 percent of Nigerians aged between 25 and 29 years of age have experienced physical violence since the age of 15 or below. Most of these revelations come up when the victims are liberated and free to speak out. Also 44 precent of divorced, separated or widowed persons have reported experiencing violence since early teens.
The case of married women in Nigeria and domestic violence is replete with tales of horror, pain and penury. 25 percent of married women experience violence which comes in different forms of abuses. Sadly, many married women die in silence struggling to keep their marriage because of societal stigma. Some swallow the abuses and pain for the sake of their children. In all, the girl children and women suffer sexual harassment, physical violence, harmful traditional practices, emotional and psychological violence.
The girl childen and women need to be rescued from this hell. They need sustained Advocacy and empowerment. The women need to be protected by the law through consistent and purposeful prosecutions of perpetrators of violence. Let parents speak out and let the girl children be taught to speak out too.
The female gender needs to be protected and given the confidence to shield themselves against sexual violence. The society, parents, law enforcement agencies, N. G. Os and the judiciary should rally forces together to protect the mothers of today and the future.