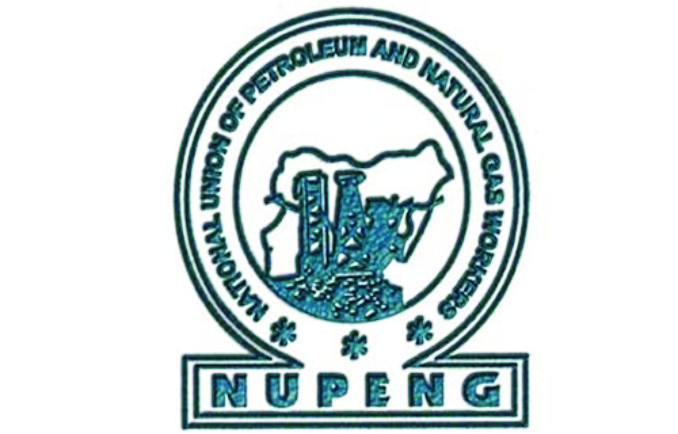 The National Union of Petroleum and Natural Gas Workers (NUPENG) has said it would not join the strike embarked upon by the Petroleum and Natural Gas Senior Staff Association of Nigeria (PENGASSAN) over the Integrated Payroll and Personnel Information System (IPPIS).
The National Treasurer of NUPENG, Comrade Alex Agwanwor, disclosed this during a radio programme on Rhythm FM monitored by The Tide in Port Harcourt, yesterday.
He expressed optimism that the issues raised in the memo would be addressed by the Federal Government.
Agwanwor, who is the vice chairman of the Nigerian Labour Congress (NLC), Rivers State chapter said NUPENG has made adequate import and storage of petroleum products to ensure that there was no scarcity Premium Motor Spirit (PMS) in Port Harcourt and its environs.
He, however, called on the apex government to urgently address the issues raised by PENGASSAN to avoid joining the strike on sympathy.
“We are still consulting at the national level to see the next step to take as regards the ongoing strike by our sister union.
“However, before this time we have made proper arrangements in terms of mobilising our members who are the tanker drivers to make sure there is enough availability of petroleum products to cushion the shortage in the importation of petroleum products within this period in order to avert any form of scarcity.”
He urged members of the public, especially those in Port Harcourt and its environs not to go into panic buying in anticipation of petrol scarcity, saying tanker drivers have been encouraged to double their distribution channels.
“Don’t store petroleum product in your home in anticipation of any scarcity because as a union we don’t intend to unleash further hardship which the public is already experiencing,” the NUPENG national treasurer stated.
However, following the commencement of an indefinite strike by the Natural Gas Senior Staff Association (PENGASSAN) over the implementation of the Integrated Payroll and Personnel Information System (IPPIS), the Nigerian National Petroleum Corporation (NNPC), yesterday, dismissed insinuations of possible scarcity of petroleum products, and urged consumers to shun panic buying.
The NNPC Group Managing Director, Mr Mele Kyari, who gave the assurance in a statement, yesterday, said all fuel stations and petrol depots in the country have enough stock of products to service consumers and were open for business.
While expressing hope that the industrial dispute would be settled amicably, Kyari assured that the corporation has thus far emplaced a stock of over 2.9 billion litres of petrol to guarantee seamless movement of people, goods and services across the country in the forthcoming Christmas season and beyond.
The NNPC GMD reiterated that the corporation is determined to make the 2020 end-of-year festivities a zero fuel queue period just like the preceding year, noting that critical stockholders in the petroleum products supply and distribution chain such as tanker drivers, depot owners and road transport owners have been mobilized to ensure hitch-free season.
It would be recalled that oil workers under the aegis of the Petroleum and Natural Gas Senior Staff Association of Nigeria (PENGASSAN) had commenced an indefinite strike, last Monday.
The order to vacate their offices was issued in a letter, dated November 8, 2020, and signed by the General Secretary, PENGASSAN, Comrade Lumumba Okugbawa, which was also copied to the Central Working Committee (CWC) members of the association.
Okugbawa said the strike was to kick against the failure of the government to make any concrete move as regards the differences between PENGASSAN and government on matters bordering on the Integrated Payroll and Personnel Information System.
“Yes, I signed the letter and it is from the association to all branch chairmen but up till this minute, we’ve not received any word from the government on the issues of concern,” he said last Monday morning.
The letter to all branch chairmen of PENGASSAN had the title, ‘Re: Breach in agreement on IPPIS implementation and redundancy in Baker Hughes.’
“We refer to the above letter dated November 2, 2020, where we gave seven days ultimatum and further extension to the relevant government agencies and institutions.
“Regrettably and upon the expiration of the ultimatum, nothing concrete has been done with regards to the outstanding issues as enumerated in the letter.
“In view of the above and with the expiration of the ultimatum and subsequent extension, you are hereby advised to withdraw services effective 12 midnight on Sunday, November 8, 2020.”
The association directed the branch chairmen to ensure that their members fully comply with the directive, adding that the chairmen should await further directive.
“All zonal offices are to monitor compliance and report same to the national secretariat,” PENGASSAN stated in its letter.

RSG Lists Dates For Submission Of Applications Into Civil Service