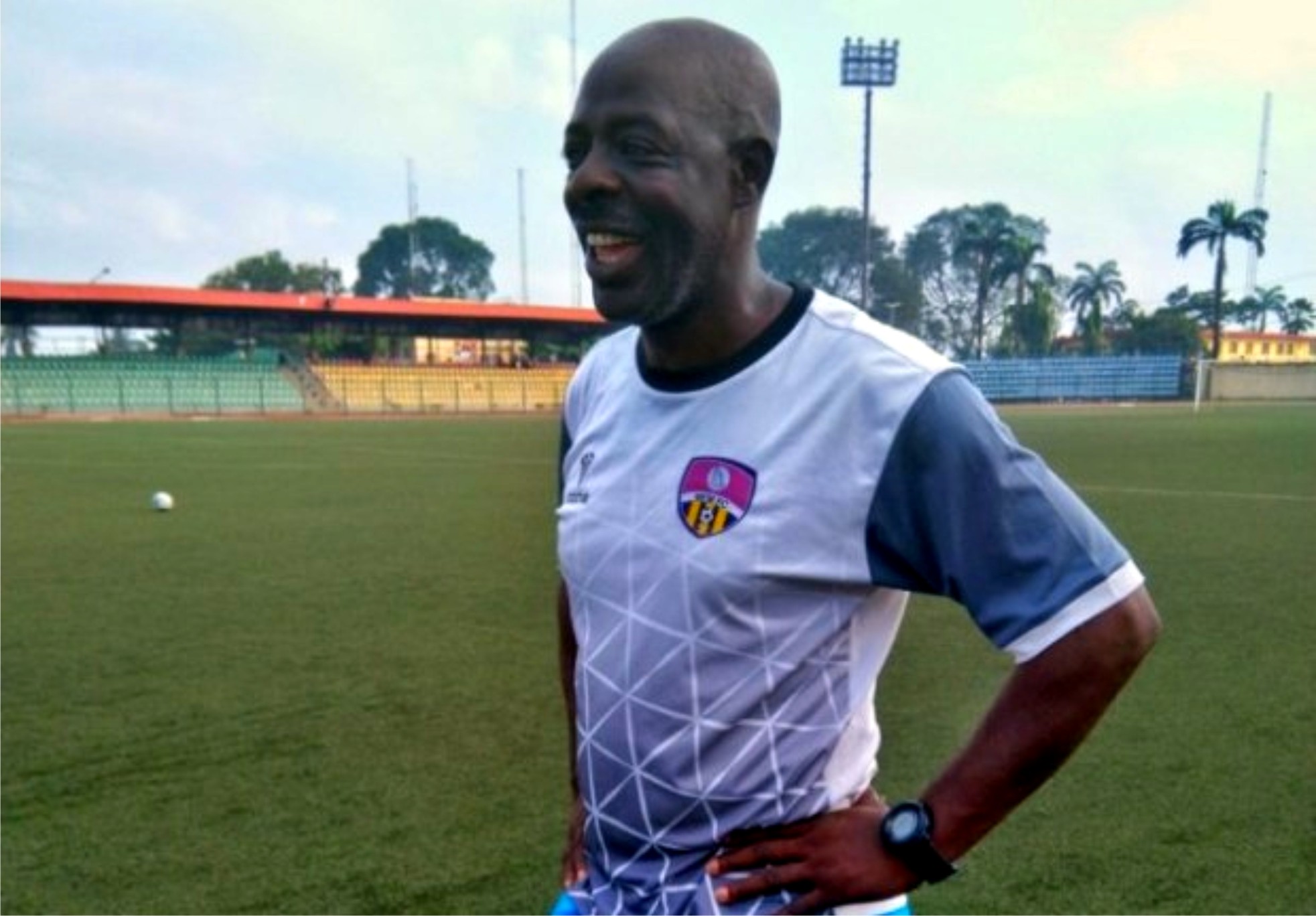 Former MFM FC Coach, Fidelis Ilechukwu, has explained his decision to leave the Lagos based team at the end of last season.
Ilechukwu ended his 14 year relationship with Mountain of Fire and Miracles FC, christened, the Olukoya Boys, at the end of last season and agreed to join rivals Heartland Football Club of Owerri.
Camara, as he was fondly called by his admirers, said it was not an easy decision to quit the club and dismissed the reports that he left because of money.
“It wasn’t easy, it took me almost a season to decide, I was reasoning and thinking about it, but before that season I had told my General Overseer that Daddy, after this season I will like to move on so that the younger ones will have an opportunity because if I do not do that the planned repositioning will not be complete”.
“In as much as some members of the management were not happy with the decision, I still had to do it and I explained my reasons.
“It is a church team, and you have to be very careful when working with an oracle of God because to me, Dr Olukoya is beyond a man of God so I explained everything to him”.
“I didn’t leave because of money, it wouldn’t be a problem because Dr Olukoya is blessed beyond doubts, but the issue is I want to win something in Nigeria because it is very important, but at the end of the day it wasn’t easy.”
In his fourteen years stay at the club, Ilechukwu helped the club secure transfer to MFM from the Nigeria National League (NNL) to the Nigeria professional football league.
He also led the club to a second-place finish back in 2015/2016 seasons and he led the Olukoya Boys to the CAF Champions League.