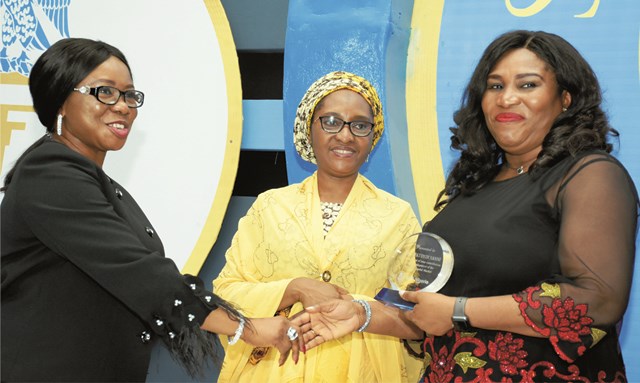 The Nigeria Labour Congress (NLC), has denied disrupting the Nigeria Social Insurance Trust Fund (NSITF) board inauguration ceremony.
NLC President, Comrade Ayuba Wabba, who made this known in a statement yesterday in Abuja denied the accusation of the Ministry of Labour and Employment.
He said the statement from the ministry’s Assistant Director, Press, Mrs Rhoda Iliya alleged that the NLC leadership imported “violent thugs” to disrupt NSITF inauguration,our correspondent reports.
The inauguration of the board of NSITF would have taken place on April 18 but was postponed to a later date.
The statement asserted that “the violent gate crashing and the illegal forceful seizure of the conference room of the honourable minister by thugs numbering hundreds and persons who clearly had no business with the inauguration of the board is totally unacceptable.
“Government, therefore, takes [sic] serious exceptions to the dishonourable actions of the NLC leadership and Chief Frank Kokori as well as his cohorts and warn that the ministry will not tolerate a repeat of hooliganism clearly unknown to ethos of civilised unionism”.
The labour leader said the union was unfairly treated with the intention and content of the statement which was on behalf of the minister.
He said such allegations would “not distract us from doing our duty in defending and protecting the rights and interests of our members, as these remain the basic raison d’etre for our existence as a labour movement.”
The NLC president, however, explained that on April 18, he and Mr William Akporeha, president of NUPENG, led other leaders of the union to the venue of the inauguration and waited for over two hours for the commencement of the event.
He noted that there were dozens of journalists from various national media houses in the hall to cover the event.
Wabba said that the DSS also had its operatives on the ground as well as the police.
He said that the fact that there was no reported incident of breakdown of law and order or the arrest of any person for unruly behaviour indicated the peaceful conduct of people.
“Secondly, the fact that the NLC have statutorily two members in the NSITF Board, which, by law, it is obligated to nominate means that the NLC president and all the other workers who turned up for the long overdue inauguration had every business to be there.
“We are therefore shocked with the deployment of derogatory and confrontational words. As social partners, we naturally expect the Ministry of Labour and Employment, and any of its ministers or staff, to relate with organised labour guided by utmost dignity.
“Any Minister of Labour who thinks organised labour is subordinate to him or her or the Ministry is clearly living in illusion,” he said.