The ongoing National Housing Programme (NHP ) by the federal government in Benin, Edo State, has generated over 3,000 employments and empowerment to Nigerians within the locality.
The Team Leader, Mrs Ebemeata Ani-Otoibhi, NHP, Edo, made this known yesterday, in Benin while briefing newsmen after the inspection of the project.
Ani-Otoibhi said that the ongoing project with about 12 different contractors has attained 80 per cent completion.
The newsmen reports that the inspection was part of the South-South Zone media inspection organised by the Ministry Power, Works and Housing.
The 64-unit housing project is located at Idumwen-Ehigie, along Benin-Auchi road in Uhunmwode Local Government Area of the state.
“Since the inception of the project, more than 3,000 skilled and unskilled workers, including contractors, artisans, building materials suppliers, block moulders; food vendors and security guards have been employed.
“These people have impacted positively on the lives of the people and this is one of the objectives of the project.
“So, the objectives are to address and improve socio-economic conditions through employment generation, poverty alleviation and empowerment of people within the locality,’’ she said.
Ani-Otoibhi noted that the project, which started in March 2017, would finally be completed by June 2018.
She added that the project has also increased commercial activities in the state as well as enhancing development in the location.
“We have some security challenges arising from community issues but we have not experienced theft because we employed day and night security guard in the site.’’
The road contractor, Mr James Okafor said that the company has been able to clear the soil and would be filling the soil immediately after evacuation.
“The project has impacted on me positively because I have been able to foot my bills, take care of my family.
“The project has also helped me to settle some other financial challenges, which I was not able to do before the commencement of the project.
“More than 10 people are working under our company and we intend to employ more people. We have surveyors, engineers among others working with us.
Okafor noted that non mobilisation of fund was one of the challenges facing the company presently.
He appealed to the government to release more fund for the project as soon as possible to enable them meet the deadline for the completion of the project”, Okafor said.
“One thing is to award a project; the second thing is the supervision while thirdly is the completion of the project.
“The government should do the needful by following up the project and releasing money as and when due,’’ he said.
Meanwhile, a food vendor at the site, Mrs Regina Ibe commended the Federal Government for creating means of livelihood for some of them through the project.
“I make between N27, 000 to N35, 000 daily from this place. The money I generate has helped me to take care of my children education and I have also bought a land for my family to build our own house.
The newsmen reports that installation of 500KVA transformer and supply of electricity by Messrs Rosco Progenitors Synergies Ltd. is also on course.
The purpose of the media inspection is basically to access the level of progress made on the project in the South-South Zone and to access the level of infrastructure to complement the housing units.
Also, the media inspection was to access the economic impact made by the programme to the Growth of Domestic Product ( GDP ) in the country. 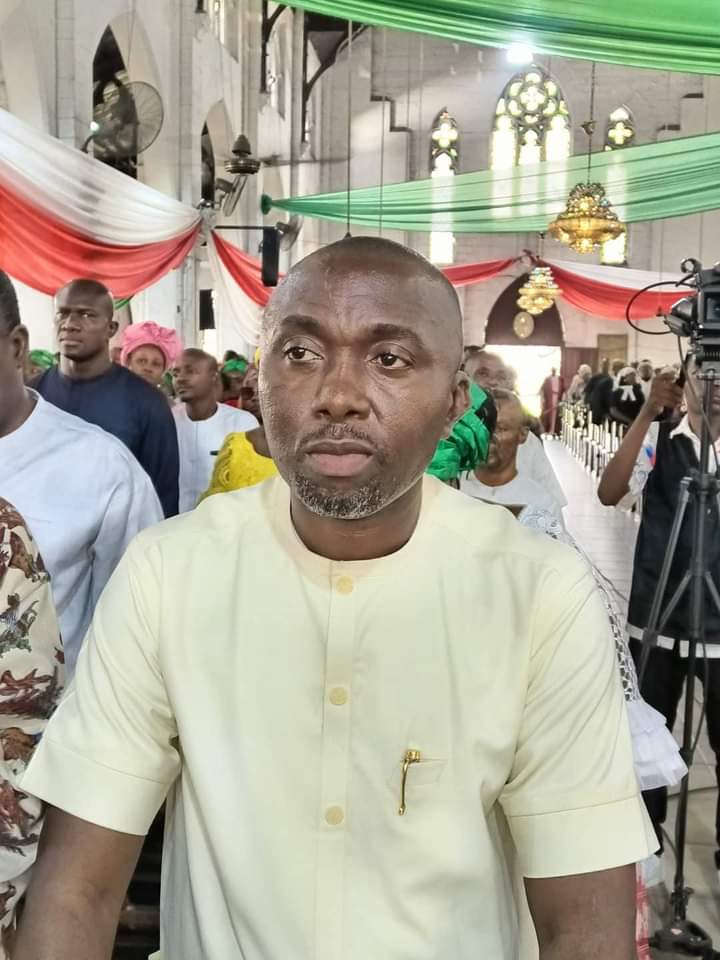 The Chairman, Okrika LGA, Hon. Akuro Tobin JP, who is the Campaign Coordinator, said the rationale behind putting God first in the affairs of the Campaign Council was to ensure victory at the polls.
“When God takes over your battle as in the case of King Jehoshaphat of Judah (2 Chronicles 20:1-24), victory is guaranteed, and so the Campaign Council’s dedication to God today is to surrender the campaign team and its itinerary to God for victory in all the forthcoming elections”.

Hon. Tobin admonishing the Campaign Council to use the opportunity given to them to serve with enthusiasm, vigour, commitment and the fear of God.
He further reiterated that the campaign will be issues-based, as the Governor of Rivers State, Barr. Nyesom Ezenwo Wike, CON, GSSRS, Life Bender has set a precedence that is unmatched and at the LGA level, his administration has also set the ball rolling, making it very difficult for other parties and their candidates that have nothing to offer, to campaign in Okrika.

No Miracle, If Next Governor Emerges From Same Party – Traditional rulers 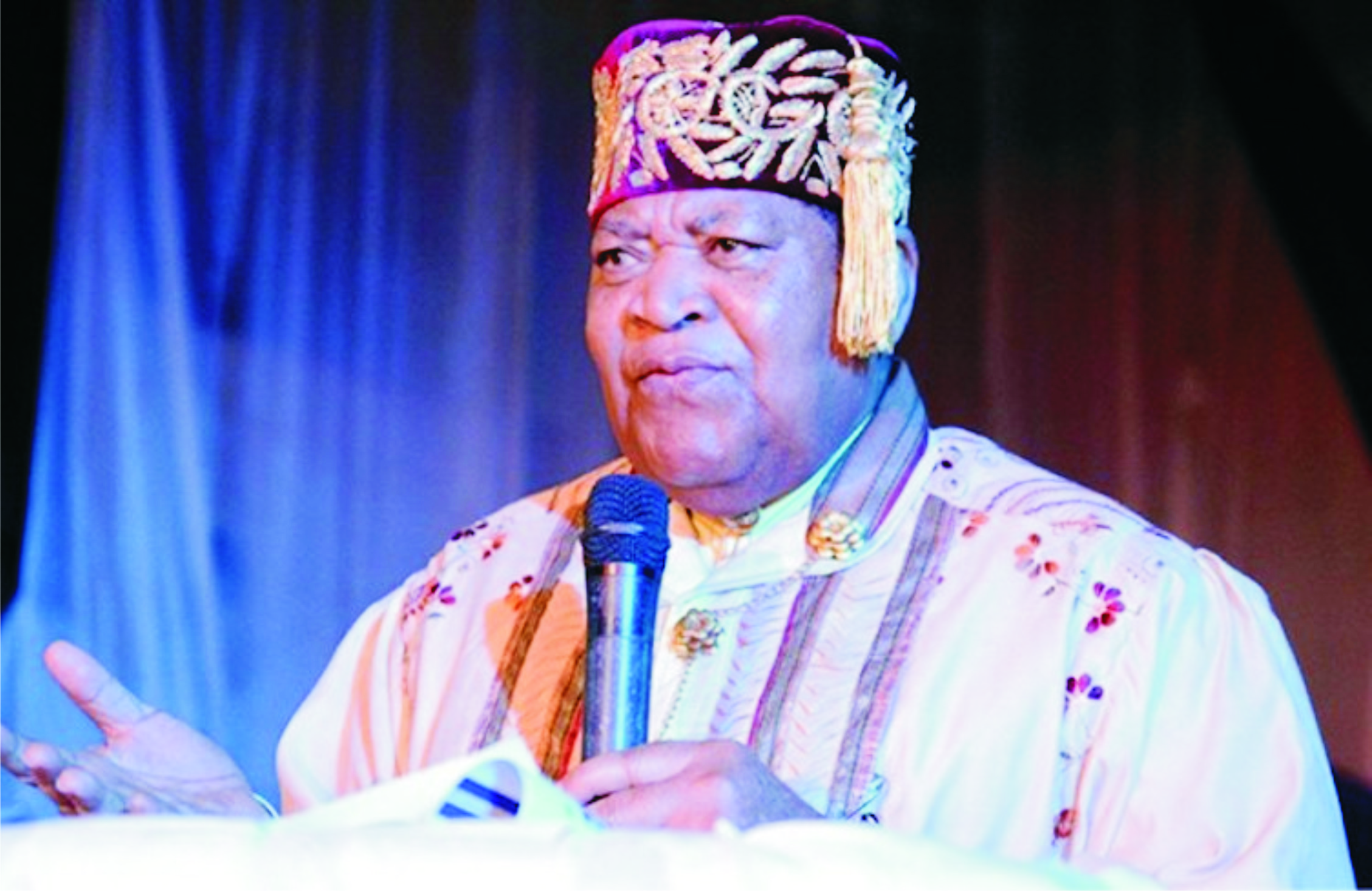 Traditional rulers in Calabar Municipality said they expected no miracle if a successor of the current administration of Cross River State emerge from the same party.
The Paramount ruler of the Municipality, HRM Eta Eteta, stated this when the Peoples Democratic Party (PDP) candidate visited the traditional rulers as part of his campaign tour of the 18 Local Government Areas (LGAs) of the state.
Eteta said the present situation of things in the state did not portray it as one where people from both within and outside the country prided as a place to visit before now.
He, however, said if the plans of the PDP candidate, Sen. Sandy Onor, were implemented to the later, the state could reclaim its lost glory.
“We have heard all the good things you have planned for the state and we acknowledged your contribution to the development of the state.
“Calabar is now a shadow of its former self. People no longer want to visit Calabar again like in times past. Calabar used to be a place known as come and rest, but it’s no longer like that. Dirts have taken over the city and we pray for it to end.
“If the man on seat is not doing well, how do you expect the carbon copy of him to do well?”.
Eteta noted that the locking up of the traditional rulers Secretariat by the Calabar Municipal council was an affront on traditional institution.
He said they had to relocate venue of the meeting as a result of what he described as “unmitigated embarrassment.”
“This meeting ought to have taken place at our Secretariat but all the traditional rulers were locked out and we don’t know the reason.
“Thank God for those who gave us chair to seat. Is that how we would have received our visitors?
“Please, let it not happen again, this is very unfair to traditional rulers. Whoever has the keys should release it to the secretary of the traditional rulers”, he stated.
Earlier, Onor had told the traditional rulers of how he planned to enthrone good governance in the state.
He also promised to restore the traditional institution to its pride of place.

UNICEF Wants End To Violence Against Women, Children In Bayelsa 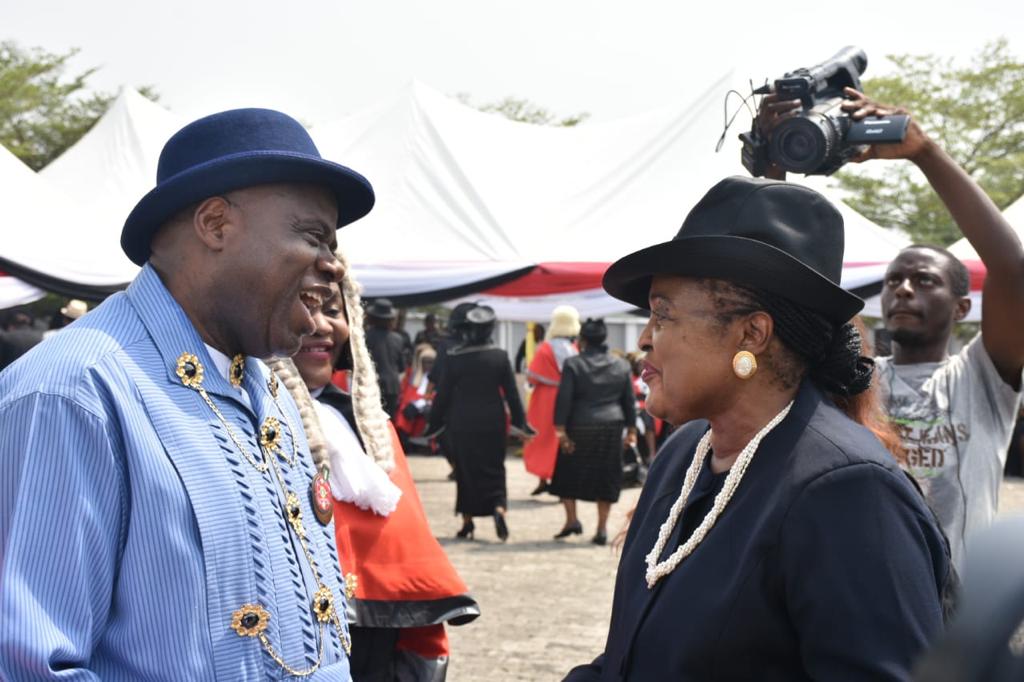 United Nations Children Education Fund (UNICEF), in partnership with the Swedish International Development Cooperation Agency (SIDA), and the Bayelsa State Government has recently concluded a two-day programme on violence against women and children in Bayelsa State.
The event tagged, “Engagement with key stakeholders for child protection, intervention in emergency in seven affected LGAs of Bayelsa”, had participants drawn from various child rights, child specialists and women groups who brainstormed on causes and measures to avert violence against women and children in the state.
Stating the rationale behind the programme, a child protection specialist from Unicef’s Enugu field office, Mr Victor Atuchukwu, noted that the Programme became imperative following the 2022 ravaging floods which displaced and exposed several women and children in the seven flood worst hit Local Government Areas of the state.
He described child protection risks in emergencies such as those occasioned by the 2022 floods as unintended injuries and death, displacement, sexual violence and abuse, family separation, child labour, emotional and psychological distress as well as physical and gender-based violence.
The Unicef child protection specialist charged stakeholders, especially community leadership to act as agents through which rights of children could be guaranteed and children protected from violence and exploitation, adding that children are future leaders who ought to be given immunity against vulnerability.
He said Children needed to be safe and their future secured even in emergencies.
Atuchukwu, who also enumerated some Unicef’s child protection responses in emergencies stated that the UN’s children fund would partner the state in the provision of mental health and psychosocial support, emergency case management for unaccompanied and separated children during emergencies in IDPs camps, provision of preventive and responsive child protection services and ensuring registration of births, as well as strengthen community-based child protection mechanisms, amongst others.
“Unicef would intervene in the rapid assessment of the impact of flooding on children across seven LGAs of Bayelsa state. We’d carry out capacity building training for seven LGAs/community social workers and service providers.
“Unicef would also carry out the identification and capacity strengthening for 231 child protection structures and services at community level family tracing and reunification of 200 children.
“We’d also identify and provide child protection services for 800 children, including girls. Unicef would provide a comprehensive psychosocial support services, including life skills education and positive parenting to 35, 000 children, adolescents and caregivers.
“We’d provide risk mitigation, prevention and response messaging and intervention to address gender-based violence (GBV) and sexual exploitation and abuse(PSEA) to 35,000 children, adolescents and caregivers”, Unicef said.
Meanwhile, intimating participants on expectations and rules of the programme, Director of Children Development Department, Bayelsa State Ministry of Women, Children Affairs, Empowerment and Social Development, Mr Panebi Jacob relived the ravaging impacts the 2022 floods had on the state.
He commended Unicef for the initiative, describing the state as having really been dealt with by the floods.
Jacob also noted that at the end of the Programme and other subsequent interventions in terms of handling emergency situations by Unicef in collaboration with the state, the issues raised, regarding exploitation, violence and gender-based inequalities against women and children would be checkmated to the barest minimum.
Highpoints of the event were goodwill messages by select Traditional rulers from the seven flood impacted LGAs of the state, including, Yenagoa, Ogbia, Nembe, Sagbama, Ekeremor, Southern Ijaw and Kolokuma/Opokuma local Government Areas, as well as other participants.