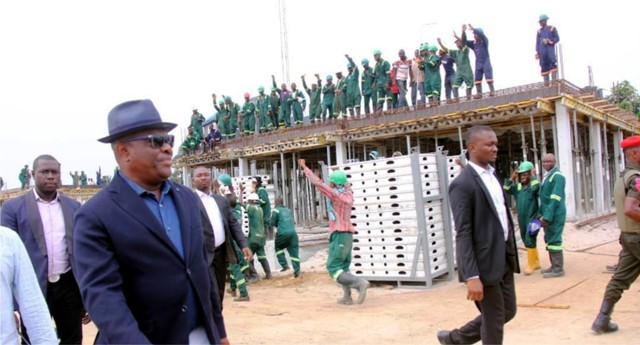 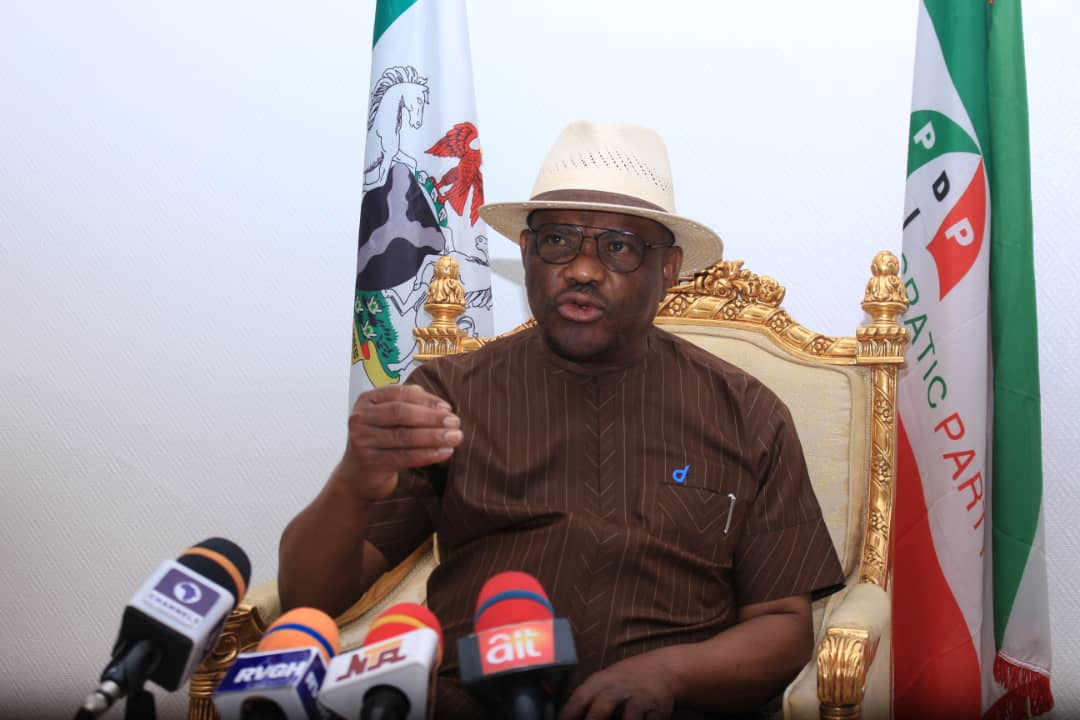 If for nothing else, Governor Ezenwo Nyesom Wike clearly demonstrated an unparalleled leadership qualities when in the heat of the flood disaster last year the governor quickly responded to the needs of flood ravaged communities by approving a whopping one billion naira to ameliorate their sufferings.
It would be recalled that the Flood Management Committee headed by a seasoned technocrat, Dr George Nwaeke, was in every community ravaged by the disaster. Relief materials including cash were given to affected communities across the State.
The 2022 flood was described as a major disaster not only by Nigerians but the international community also. The incident affected over 16 states in the country.
In Rivers State for instance, the entire Orashi region was sacked by the incident.
There was complete dislocation of families. Schools turned to refugee camps and even in Abua/Odual, the council hall was turned to a refugee camp.
Farming activities were grounded in Local Government Areas such as Ogba/Egbema/Ndoni, Ahoada West and East, and Abua/Odual.
In far away Soku and Rundele in Akuku Toru and Emohua Local Government Areas respectively, the impact of the disaster was felt.
Neighbouring states of Bayelsa, Delta, Cross River, Anambra and even parts of the North felt the impact of the disaster.
The Government of Cameroun was blamed for the disaster.
According to various opinions across the country, the disaster was caused by the opening of the Lagdo Dam by the Cameroonian authorities.
The critics also blamed the government of Nigeria for refusing to build a dam along the River Niger and Benue to contain water from Lagdo dam.
It would be noted that communities affected by the disaster are still counting their loses till today.
In some of the communities visited by the reporter, they complained about the destruction of their farmlands, high rate of malarial infestations and the fact that some of them still live as refugees.
Meanwhile, some Nigerians have been speaking on the impact of the disaster and the role of government in combating future flooding in the country.
A cross section of Nigerians who spoke on the issue said government should start an intensive preparations towards checking perennial flooding in the country..
In a post disaster interview, a native of Joinkrama, Engenni, Prince Sodin Akiagba, lamented the destructive impact of the disaster on his community.
He said since the abatement of the incident, no government across the country is giving due attention to flood ravaged communities.
According to him, what is dominating discourse is politics, adding that none of the aspirants is even talking about environmental issues.
Akiagba expressed fears that his people may suffer another disaster this year, if nothing is done about it.
He called on government to dredge the Orashi river,while the dam to contain water from Cameroun should be constructed.
Akiagba also called for post flood support for his people.
Speaking last year in an interview, South-South Zonal Director of the National Emergency Management Agency (NEMA), Mr Godwin Tepikor, said the impact of flood disaster can be minimised if Internally Displaced Persons’ (IDP) camps are provided across the zone.
He said communities should take annual flood predictions seriously for early preparations for it.
Tepikor also proposed regular desilting of gutters and drainage, noting that the culture of indiscriminate dumping of refuse into drainage be discouraged.
He said NEMA will collaborate with governments across the region with a view to alleviating the impact of flood disaster on the people.
Also speaking, the President General of Ogbakor Egbema Aninso, Mr Ify Francis Igwebuike, told The Tide that his people were abandoned to their fate
He lamented the impact on food security in his kingdom,the loss of lives and property by his people and the fact that there has not been any post flood support for the people.
According to him, some rivers and creeks crisscrossing Egbema could be dredged to facilitate movement of water to the River Niger.
He said rivers such as the Nkisa and other rivulets can be dredged to ensure runoff to river Niger at Ndoni.
According to Igwebuike, these proposals were made a long time ago but successive governments in Nigeria refused to implement them.
The Eze Igbu Ubie of Ubie Kingdom, Ahoada West Local Government Area, HRM Eze Maxwell Augustine Okpokiri, called for a permanent solution to the problem of flooding in the country.
He said his kingdom has always suffered impact of every flood disaster in the country.
Also speaking, a Port Harcourt based environmental activist, Prince William Chinwo, said both state and federal governments should do something urgently to check future flood disasters in the country.
According to him, measure should also be taken to support communities ravaged by the incident.
Other activists also said measures be taken to check future occurrence of flooding in the country.
It would be noted that by May 2023 a new democratic government shall be installed across the country.
The outgoing administrations may have done their best which to some Nigerians, their best as far as flooding was concerned is not good enough for the country.
The onus lies on the incoming administrations both at the local government, state and federal governments to think of something new in the area of flood control and mitigation. 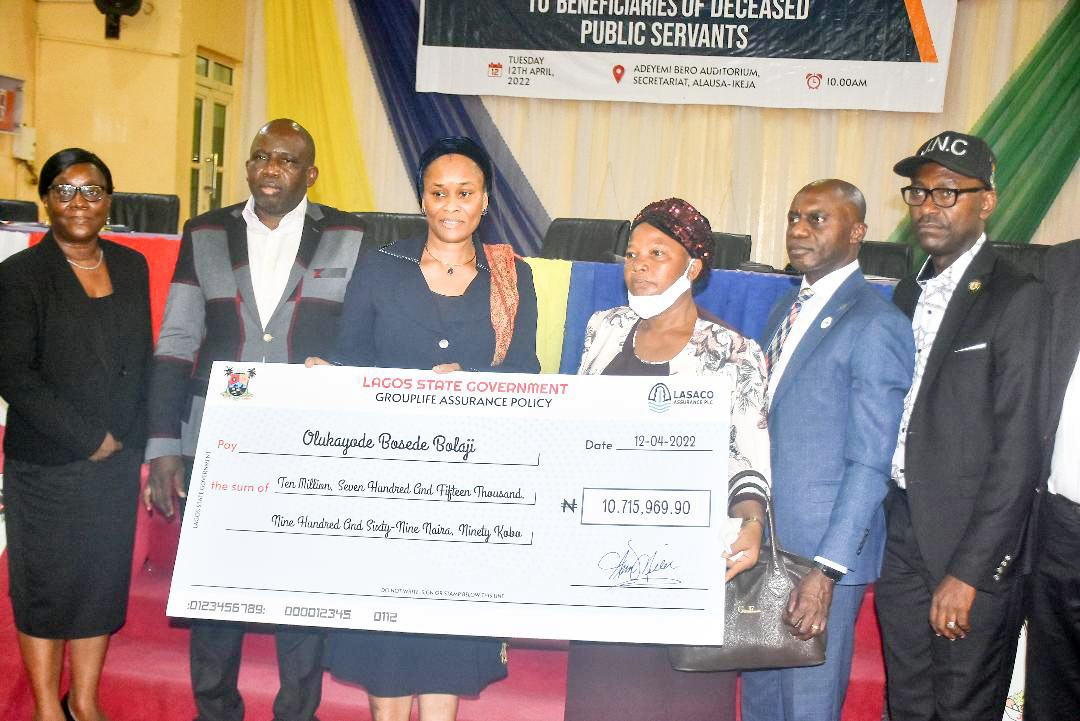 Given the increasing population and demand for decent and affordable shelter, Lagos State government has called for partnership with the private sector to bridge housing deficit in the state.
The Chief of Staff to the governor of Lagos State, Mr. Tayo Ayinde, made the call at the commissioning of Fiona Lawton Apartments, built by Eximia Realty Company Limited to boost the mid-tier segment of the housing market in the country.
He commended the firm for taking advantage of the opportunities and conducive environment provided by Babajide Sanwo-Olu-led administration for private enterprises to thrive, especially in the real estate sector.
Ayinde said government alone could not meet all the housing needs of the citizens. “This is why the administration has embraced a global housing policy that, among other objectives, seeks to explore innovation and partnership with the private sector to bridge the housing deficit in the state,” he said.
According to him, the strategy has yielded the completion and commissioning of 16 housing projects in different parts of the state, adding that the provision of decent, safe and affordable shelter remains a key goal for governments including that of the current administration.
Ayinde emphasised the need for all players in the built industry to avoid undermining established rules, processes and procedures to prevent incidents of collapsed buildings and resultant loss of lives and property.
He also commended the company for ensuring strict compliance with relevant laws and guidelines, which is attested to by the certificate of fitness for habitation issued by state’s building control agency for the estate.
The Founder/Chief Executive Officer, Eximia Realty Company Limited, Hakeem Ogunniran, said in-spite of the acute macro-economic headwinds occasioned by the odds and COVID- 19 pandemic, devaluation of the naira and general instability in the polity, the company delivered on its promise to customers.
“In consonance with our strategic positioning, we conceived of this project as a unique offering for the mid-tier segment of the housing ecosystem, with a target market comprising of young families, first time home buyers, millennials and empty nesters.
“We were convinced, based on our empirical studies and consistent with the global real estate trends that ‘the era of mac-mansion’ is gone, of the robust opportunities in this uncharted ‘territory’ of the market,” he said
Ogunniran said their 48-unit environment-friendly estate, comprising special design of studios, one and two-bedroom apartments, which resonated with the market is duly completed and fully sold.
He stated that the company has developed a robust pipeline of projects including Eaglecreek, which is currently ongoing, Maestroville and Lakecity at pre-development stages, as well as undertaken elaborate land assembly at Yaba, Gbagada and Maryland to launch projects.
The Managing Director of the company, Fred Akhigbe, said the development was done with sustainability effort, customer focus and quality delivery in mind. “These qualities engendered the design and construction methodology from inception to completion.
“We paid particular attention to the structural stability of the development. Each of the blocks sits on 80 piles at a depth of 18 metres – about 240 piles in all. All the materials used were duly tested and certified by appropriate regulatory agencies at every stage of the development.”

Mobilising Citizens For Sustainable Democracy In Nigeria: The Power Of Editors (II)