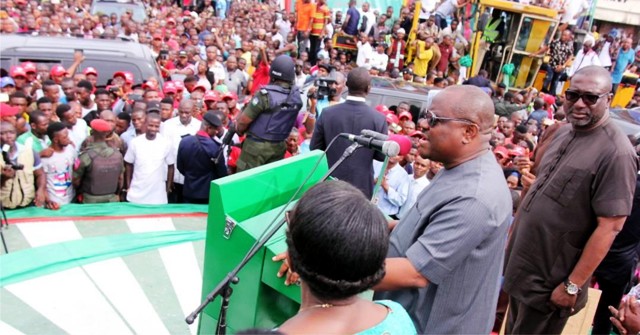 Despite the politically-orchestrated cry of insecurity in Rivers State, the state has been listed as one among the top 13 States, including Lagos and the Federal Capital Territory (FCT), that have attracted the sum of $5.3billion (N1.9trillion) foreign direct investments (FDI) in the last quarter of 2017.
Statistics from the Federal Ministry of Finance indicate that Rivers State netted $384,817 investment inflow into the state.
However, the FCT attracted the highest investment inflow with the sum of $2.68billion, with Lagos State following closely with $2.54billion investment, representing 47.2 per cent of the total investments into the country.
The investments made in 22 different sectors of the economy from October to December 2017, it was gathered, were the fallout of the new initiatives of government particularly in the area of ease of doing business.
This is about 49 per cent of the entire investment inflow into the country during the three-month period.
Akwa Ibom recorded an investment inflow of $124.84million; Ogun, $8.79million; Oyo, $7.03million; Delta, $5.69million; and Anambra, $3.77million.
Similarly, Enugu attracted a total investment of $644,890; Kogi, $500,000; Kano, $483,970; Bauchi, $425,000; and Kaduna, $89,975.
The sectors where the $5.3billion was invested are agriculture, $62.65million; banking, $543.37million; brewing, $2.3million; construction, $92.7million; consultancy, $2.06million; drilling, $0.3million; and electrical, $5.1million.
Others are financing, $122.68million; fishing, $99.4million; information technology, $8.45million; marketing, $0.48million; oil and gas, $23.83million; production, $317.8million; and servicing, $216.45million.
The rest are hotels, $0.3million; telecoms, $191.01million; tanning, $0.52million; trading, $12.96million; transport, $0.55million; and shares, $3.68billion.
The Minister of Finance, Mrs Kemi Adeosun at the weekend described the level of interest from foreign investors in the Nigerian economy as huge, adding that very soon, these interests would translate into massive investments that would create jobs and reduce the nation’s poverty level.
Usman gave some of the sectors where these investors were interested in as power, manufacturing, agriculture, solid minerals, among others.