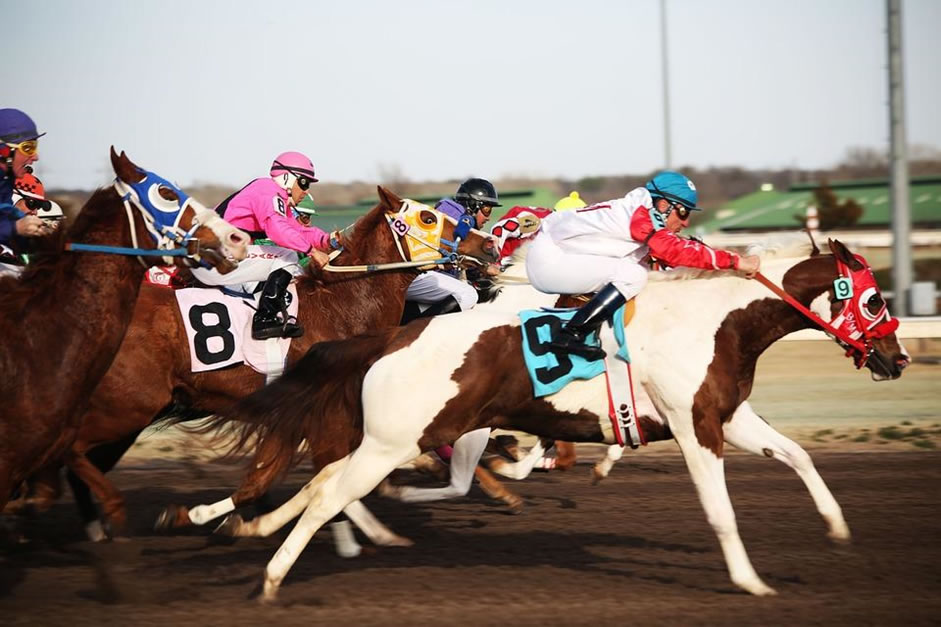 Easily one of the most exciting sports events, horse racing also offers plenty of thrill and entertainment as it gives people an opportunity to win large sums of money, in the quickest manner possible. The pay outs can be even larger if you back an underdog and he upsets every favoured runner on the field!

Considering the huge variety of bonus offers provided by online bookmakers these days, for instance, Paddy Power free bet etc., horse race betting has become even more popular among the masses. Let’s take you through some zero to hero horses that continue to inspire punters world over.

This happened fairly recently at the Vodacom Durban July in the year 2016. The race is considered the biggest horseracing event in South Africa. Conglomerate started with odds of 20 – 1, and went on to win the main race. He was ridden by Pierre Strydom, the veteran jockey, and sprung into lead 300 metres from the finish line, winning the prize money of R4.25 million!

Having an incredible bloodline, including the likes of American Pharoah, War Admiral and Seabiscuit, Man O War was the favourite going into the race in the year 1919. He would have won if the race was 6 metres longer, but the aptly named horse Upset, did exactly what he was named to do, causing a major upset! Man O War used to be considered one of the best horses of all time, having won 20 of his 21 career races. kasyna blik 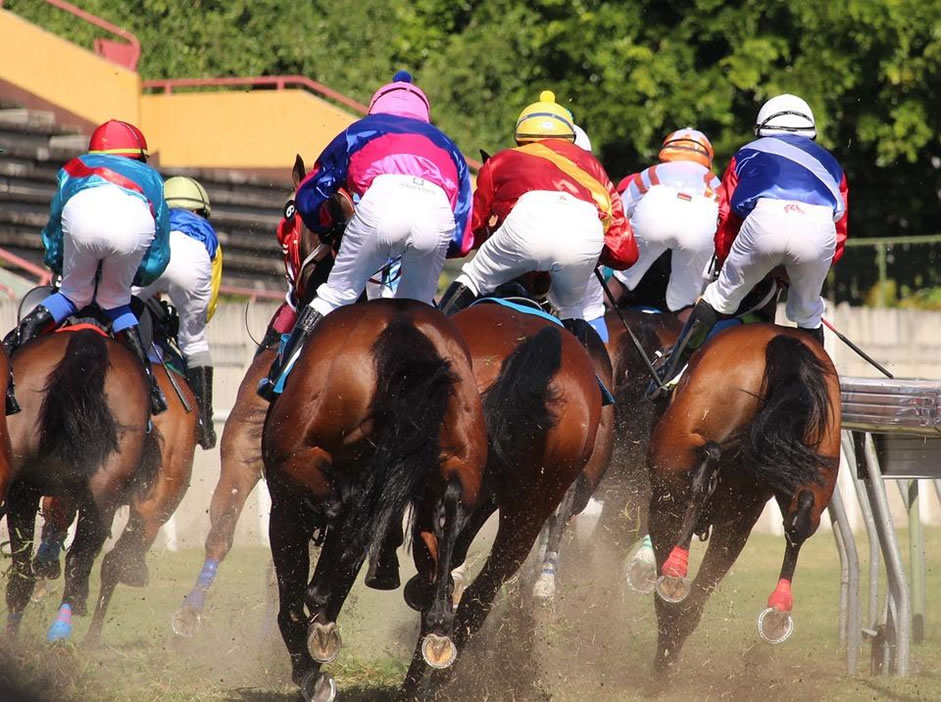 Termed as one of the biggest horseracing upsets in the history of American horseracing, this one was caused in the Kentucky Derby, in the year 1913, when a local horse named Donerail, fought back his 91 – 1 odds and beat Ten Point, the favourite to win the race that day. He beat Ten Point by a close margin of half a length!

Not that Dark Star was an unknown horse and devoid of any skills, as he had successfully won the Derby Trial a few days prior to the concerned race, but he was competing against Native Dancer, popularly known as ‘The Grey Ghost.’ The latter had won 11 out of his 11 races. Dark Star went at odds of 25 – 1 for that race, but he proved everyone wrong, making it the only race that The Grey Ghost lost in his 22-race long career.

The Breeders’ Cup Classic is a well-known horse race event that attracts some of the best racehorses from all over the world. While it is well-known for some of the biggest horseracing wins, it is also popular for witnessing some equally bigger losses. Having raced only on grass before the 1933 (year) edition of the race, Arcangues was given the odds of 133 – 1 by the bookmakers. Another reason why he went at those odds was because he was ridden by a replacement jockey (brought in at the last minute) who couldn’t even utter ‘Arangues’ correctly! He beat the French favourite Bertrando, making huge sums of money for some lucky punters!

Kano Pillars head coach Ibrahim Musa, has admitted that the title race could be over after leaders Akwa extended their advantage to six points at the weekend.
The Promise Keepers defeated Jigawa Golden Stars at home last Sunday and needs just four points from remaining three matches to seal their first ever league crown.
Musa who watched his side grind out a 1-0 win over Abia Warriors at the Ahmadu Bello Stadium in Kaduna, said the title could be heading to Uyo after what happened last Sunday.
“Sincerely speaking, it’s difficult to win the title now after Akwa United won [against Jigawa Golden Stars]. We cannot deceive ourselves [that we still have a chance to win the league]. Let’s go and fight for the second position in order to secure continental football.”
Ibrahim Musa however ever called on his boys to finish strongly starting with the game against Kwara United on Wednesday.
Pillars will then hosts Wikki Tourists in Kaduna on Sunday, before wrapping up the campaign away.

Nigeria continued her poor run in the ongoing Tokyo Olympics games after players lost out in the table tennis singles event. The only remarkable point for the country was the induction of veteran table tennis star, Funke Oshonaike into the ITTF Club 7.
Despite crashing out of contention at the Games, Oshonaike officially joined the exclusive club of table tennis players who have attended seven Olympics.
Funke was presented, with a certificate of authenticity, crafted in sterling silver and layered with white gold at the Tokyo Metropolitan Gymnasium Hall.
The Olympic participation record dates back to her first Olympics in the 1996 Atlanta games as she is the first woman to hold such in the ITTF.
She attended the ceremony alongside Segun Toriola and the Public Relations Officer of the Nigeria Olympic Committee, Phemmy Adetula.
Meanwhile, another vetran and medal hopeful, Aruna Quadri, suffered a defeat in the men’s singles yesterday.
The Nigerian lost 4-2 to Brazil’s Gustavo Tsuboi in the third round and has been eliminated from the game.
Quadri who reached the last eight of the 2016 edition in Rio took the first set 15-13, but Tsuboi fought back to win the next two sets 11-9, 11-6.
Aruna responded and won the fourth game 11-7, but fell short in the final two sets as Tsuboi sealed passage into the next round with 11-7 and 11-6 victory.
Aruna has now followed his compatriot Olajide Omotayo, Funke Oshonaike, and Offiong Edem out of the competition.
Nigeria’s table tennis sensation, Offiong Edem was also eliminated from the Tokyo Olympics Women’s single event.
The 34-year-old kissed the event goodbye following a defeat to three-time American Champions, Lily Zhang in the early hours of Monday.
Edem, who was far from her best lost by four sets to one (13-11,2-11,2-11, 8-11,6-11).
Despite the defeat, Edem remains the only Nigerian table tennis star with a win at the ongoing Tokyo Olympics.
She defeated Csilla Dora Madarasz 8-11, 9-11, 9-11, 11-9, 4-11) in her first match, before the eventual defeat to the three-time Olympics champion.
In a related development, Nigeria’s Elizabeth Anyanacho has voiced her disappointment for missing out on a medal at the Olympics.
Anyanacho failed to make it to the podium in taekwondo following a narrow defeat to a Turkish opponent Nur Tartar on Sunday.
She competed in the women’s -67kg and suffered a 12-7 to much experienced Nur Tartar of Turkey.
“I lost to Turkey 7 – 12. Turkey then lost in golden point to the USA after a 1 – 1 draw. This means I am totally out of fighting for a podium place at the Tokyo Olympics,” she told the media.
“I have cried and I still feel hurt because I wanted to spring a good surprise, despite being four years early to my original Paris 2024 Olympics.
“It has been quite a journey. Truly, a long and challenging journey with a rollercoaster of emotions.
She added that the painful defeat will surely help her development in sports.
In basketball, it was an encouraging encounter for Nigeria’s D’tigress as they lost to World powerhouse, United States 72-81 in the opening group B match of the Tokyo Olympics games.
The Nigerian girls started the game pretty promptly and sharp as they ran into a 6 point lead early in the game and took the first quarter with a 3point lead over the USA at 20-17.
They fell short of the spark in the 2nd quarter as the experience of USA players came to the party as they racked up 27 points in the quarter to Nigeria’s 12 to take the quarter 32-44.
More of the same it was in the 3rd quarter as the match began to run agonizingly away from Nigeria’s D’Tigress as the USA began to drop huge 3pts shots and draw a lot of fouls from Nigeria due to the aggressive defensive full court play of the Nigerians as the quarter ended 50-70.
With almost all hope gone, the huge height of the United States girls began to show as they extended the lead by over 20pts and it was beginning to look like a landslide comfortable win for the USA but it wasn’t to be as Nigeria’s D’Tigress showed outstanding fighting spirit and accrued a massive 22points in the last quarter compared to USA’s 11points to reduce the deficit to just 9points.

Anthony Joshua has declared he would fight Tyson Fury even with no belts on the line and has vowed to “smoke that guy” should they finally meet in the ring.
WBA, IBF and WBO heavyweight champion, Joshua had appeared set for a unification showdown with fellow Briton, Fury, the WBC title-holder, before a United States arbitrator in May ordered the latter to have a third bout against Deontay Wilder
That contest is due to take place in Las Vegas in October, rearranged from this month after Fury tested positive for Coronavirus, while Joshua is now preparing to face Oleksandr Usyk at the Tottenham Hotspur Stadium in September.
Speaking to Tidesports source, Joshua said when asked if he thought Fury did not want a fight against him: “He’s a fighter isn’t he? What’s the worst that can happen? You get hit. He’s been doing it for years.
“However, I just know on my end, my management team and my promoters, we’ve done everything we can to make this happen, and as long as I’m champion,I’ll compete with anyone.”
On meeting Fury regardless of if they win or lose their next fights, Joshua said: “Without the belts? I rate that, I rate that, that’s what I’m talking about.
“We’ll fight 100 per cent, let’s do it. I’ll smoke that guy. I will. It’s annoying.”
He added: “It’s not me. It’s the other side that are letting this down. We are keen, we are ready.”
Asked by Neville if he respected Fury as a man, Joshua said: “I don’t know, I don’t really look at anyone in my industry like that. That’s people I want to just fight.
“I haven’t got no time for none of them. I’m not friends with no-one, they’re all enemies at the end of the day.”
Joshua also gave his thoughts on taking the knee – something he said he would be prepared to do in the ring.
England players made the anti-racism gesture ahead of matches at this summer’s European Championship, which was booed by some fans.
Without the belts? I rate that, I rate that, that’s what I’m talking about.
Asked by former England and Manchester United defender, Neville for his view on what he had seen in terms of football and taking the knee, Joshua said: “I feel like the players and the teams have done a great job of explaining what the reasons are for taking the knee.
“As a fan, whether you’re there for that, or not, you’re there to watch the team win. The importance of supporting your team mates and your players – emotionally you’re with them through thick and thin. That’s the whole point of being like ‘I ride for this team’. That’s loyalty.
“The reason that has been explained of them taking a knee is to bring awareness to an issue that’s been going on. Before phones were recording certain incidents, these things were happening. Certain people are aware, some people have learnt more recently. But as I said, it’s nice that the explanation was made clear as to why the knee is being taken.
“This is just for a change for the better. It’s not political, it’s not about defunding anything or funding anything. The change wants to be made for the better. For the betterment of my kids, probably your kids, probably the person down the road’s kids, so harmony is created, because division is going to cause war.”
When then asked if he would take a knee in the ring, Joshua said: “Yeah, 100 per cent I would. I’d take the knee anywhere.”