The Cross River
State Governor and leader of the Peoples Democratic Party, PDP in the State, Senator Liyel Imoke has called on all aggrieved members of the party to have a rethink and return to the party.
Speaking at the inauguration of the campaign council and committees for the party, Senator Imoke stated that their return would pave the way for growth and development.
The Governor said that  the party had recorded unprecedented success in the delivery of people oriented programmes especially in the areas of roads, education, healthcare, social welfare programmes, agriculture, employment and investment.
According to Senator Imoke,  “no matter how strong our party or our candidates are, we never take our people for granted as our programmes have been tailored to meet their needs even in the remotest areas”, acknowledging that any government that wants to be good must respond to the need of its people.
He described the governorship candidate, Senator Ayade as young, dynamic, purposeful, energetic and focused and advised that the campaign must focus on the young generation and women, if the party must continue to improve on the lots of the people and move the state and country forward.
The Governor said the choice of Senator Ben Ayade had come through a thorough and tedious process and noted that the choice was capable of taking the State higher.
He called on the one million, twenty-five thousand registered voters in Cross River State to come out en-masse and cast their votes in favour of PDP.
In his address, the PDP State Chairman, Ntufam John Okon, commended Governor Imoke for his leadership style, describing him as a strategist, kind hearted, compassionate and a loving leader.
The party Chairman acknowledged the beauty of the structure and process put in place by the party saying that it had resulted in the emergence of credible candidates like Senator (Prof) Ayade and other PDP candidates.
In his comments, the Director-General of Senator Ben Ayade Campaign, Ntufam Ekpo Okon, acknowledged the depth of the assignment in their hands and disclosed that they would take their campaign to the 196 wards of the state and in all the units and called on council and committee members as well as the entire PDP supporters to vote and defend their votes. 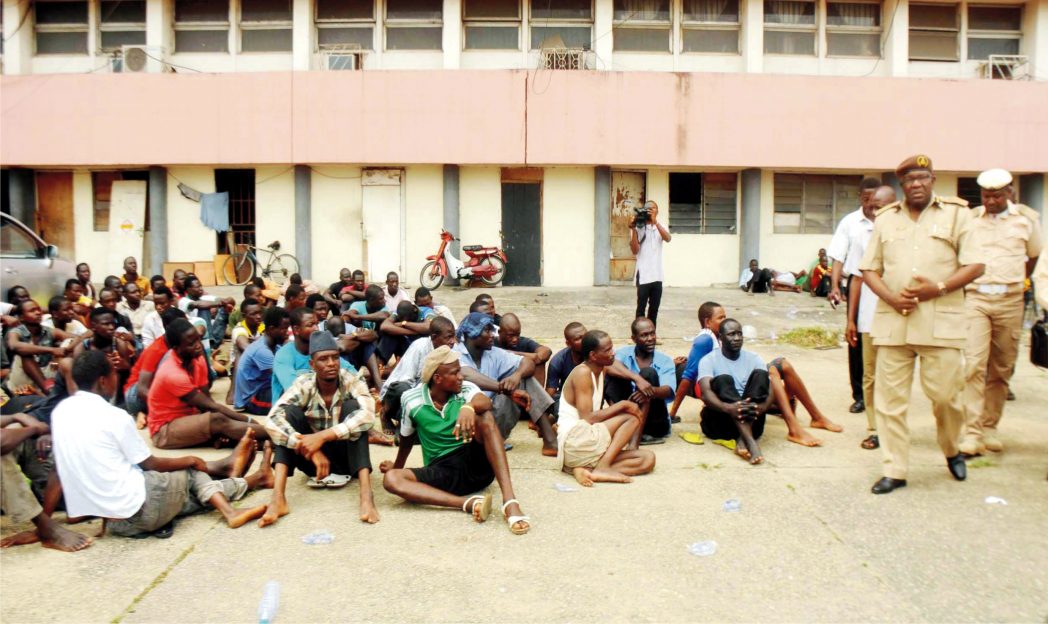 The Edo State Governor, Mr. Godwin Obaseki, has pledged to sustain ongoing reforms and projects to open up new towns and communities in the state for increased economic growth.
Obaseki gave the assurance on Wednesday, when he received the management team of Benin Club 1931, who were on a courtesy visit at the Government House, Benin City.
Reiterating the need to improve the standard and quality of the club to meet the ongoing massive development across the state, the governor said, “We are opening up new areas and towns and there will be new clubs. You must ensure that you improve the standard and quality of the club. There will be competition, I can assure you.
“We need to do quite a bit in terms of rebranding and repositioning of the club. As you see, the city is growing tremendously; the growth trajectory will continue for many years to come.”
Obaseki commended the leadership of Benin Club 1931 for sustaining the Club since 1931, congratulating them for the 90th-anniversary celebration.
“Not many institutions in this country can celebrate or boast of celebrating 90 years or nine decades of existence. It’s quite a lot of achievement; it’s a significant milestone and should be celebrated significantly. Ikoyi Club was founded in 1938 and we are older; we should do things to reflect our importance and significance in this country,” he charged.
Noting the reason for the early set up of the Benin Club, Obaseki added, “British officers had to settle here and occupied the place for a while as they needed a recreation area. That is why we have the club before that of Lagos.”
In his response, President of Benin Club 1931, Fred Ejedawe Iboi commended the governor for the developmental strides being recorded across all sectors of the state.
He noted, “We have done our best to develop the club’s infrastructure, and now, the club is working on installing facial recognition to access the club. We have done our best to improve on the infrastructure we met.”

Operatives of the Anti-Human Trafficking Unit of the Nigeria Security and Civil Defence Corps, Akwa Ibom State Command have arrested one Elisha Effiong for allegedly conniving with his wife to sell their two daughters aged six and four, respectively.
Effiong, who lives in Cameroon with his wife was arrested in Uyo on November 15, 2021, through an intelligence report while trying to sell their children, identified as Abasifreke Edet and Rachael Edet.
In a statement issued on Wednesday by the command’s Public Relations Officer, Umana Ukeme, the suspects said that their decision to want to sell the children was borne out of extreme hardship.
According to the statement, the suspect confided in a private security guard of his plans while the guard, in turn, notified the commandant of the corps, Mr Abidemi Majekodunmi who immediately ordered the arrest of the culprit.
“The suspect, Elisha Edet Effiong, ‘M’ was apprehended with his two children identified as Abasifreke Edet, 6, and Rachel Edet, 4, while attempting to sell them for M700, 000 in Uyo, Akwa Ibom State.
“Effiong, 40 years was apprehended at FulCare Hospital along Ekpanya Street, where he notified the security guard of his intention to sell his two children to pay off his debt and meet other financial challenges.
“The security guard notified the NSCDC and immediately, Commandant Abidemi Majekodunmi detailed personnel of the anti-human trafficking unit of the corps who swung into action and apprehended the suspect alongside with his two daughters, “ the statement read in part.
According to Ukeme, preliminary investigations have been concluded while the case would be transferred to NAPTIP zonal office, Uyo for the prosecution of the suspect.
The commandant while commending the private security guard for the prompt release of an intelligence report that aided the arrest of the suspect, however, condemned the heinous act, describing it as a crime against humanity.
He called on the people of Akwa Ibom State to always avail personnel of the corps with timely and actionable intelligence that could lead to arrest and tracking of criminal elements in the state.