Rivers State Governor, Chibuike RotimiAmaechi has disclosed that his face-off with President Goodluck Jonathan is because the President watches cronies steal the nation’s resources but refuses to give people an opportunity to reverse the current trend of poverty.
Ameachi, who said this while exchanging views with newsmen on achievements he has so far recorded in office, claimed that corruption has now become a state policy under the present Federal Government.
According to him, “Under former presidents Obasanjo and Yar’Adua, the oil subsidy was N300billion, but six months into 2011 under Jonathan, the oil subsidy became N2.3trillion. When governors went on strike, it was N1.7trillion, and we said we wouldn’t collect our monthly allocation unless they returned/stopped further subsidy, and Jonathan swore he would, but didn’t. After a while, we didn’t see the documents again until the National Assembly investigated and found out it was N2.3 trillion.”
While noting that the equations which catapulted President Goodluck Jonathan to power are no longer in place, the governor said, “The only equation I can’t account for is that of God. If God puts him back in power, glory be to Him, but if you take away the equation of God, the rest has changed.”
He, however, pointed out that his major worry during the elections is whether the people will come out to vote, stressing, “Don’t forget that the places where you see rigging most are the South-South and South-East, and that is because there were no opposition parties.”
Speaking about his achievements in the past eight years, Amaechi stated that some people claim he did very well in education, adding that “My happiness is that I see children go to school; when we came, many children whose parents could afford it were going to pri­vate schools but when we finished building, people began to move their children from private schools to public schools; we had to hire about 13,200.
“At first, our detractors were denying that there were no such teachers, now they claim we owe them eight months salary. There is no Nigerian you will owe for eight months who won’t either go on strike or begin to complain. The fact that we have no complaints and there are no strikes means somebody is lying somewhere just to paint our names black. We do not owe,” the governor said. 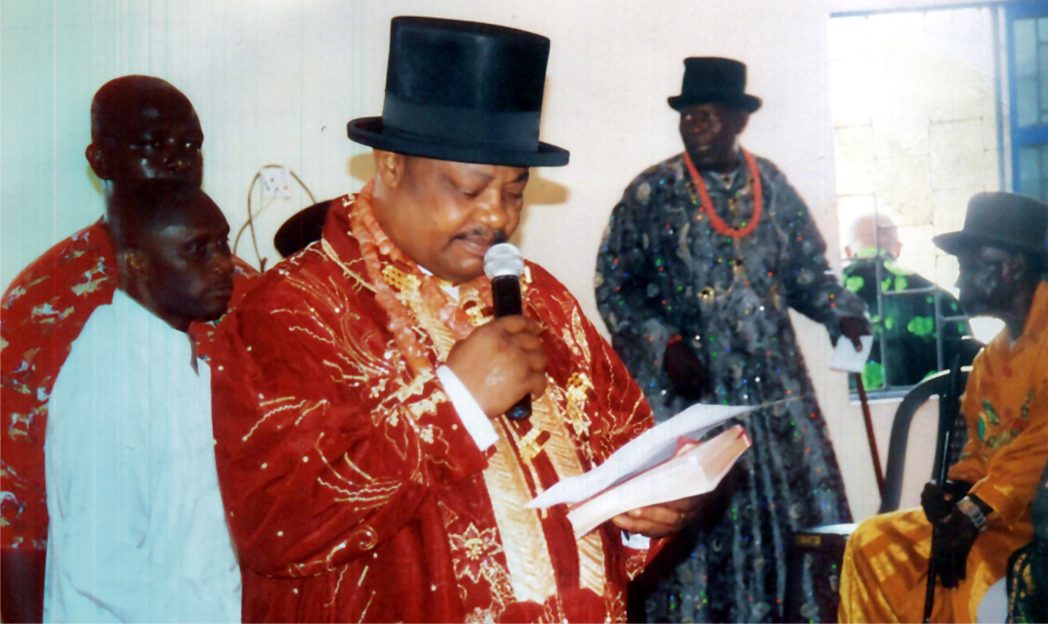 We Must Rescue Our Nation From Plunderers – Buhari