Resident doctors and
other health workers under the Joint Health Workers Union, at the University of Port Harcourt Teaching Hospital (UPTH) have continued their strike action over alleged maladministration by the management of the hospital.
President of the Resident Doctors, Dr Dan Jumbo, accused the management of UPTH of administrative lapses which he said had affected the smooth running of the institution.
Dan Jumbo who spoke with The Tide said the strike action which was suspended last September due to public outcry was to register the displeasure of the resident doctors, over the management of the Hospital.
He said, the resident doctors are owed two years promotion arrears, while salaries are delayed and paid in batches.
Jumbo decried the lack of manpower training in the hospital, noting that sponsorship for special courses has been suspended in the past two years.
The resident doctors also accused the management of the hospital of diversion of internally generated revenue in the hospital into personal coffer’, and recommended e-payment for all transactions in the hospital to check financial impropriety.
Dan Jumbo also faulted the stoppage of teaching allowances previously earned by resident doctors and health workers, which is now the exclusive entitlement of senior registrars and consultants, stating that the action was taken without clearance from the National Salary and Wages Commission.
Also, the deduction of one month call duty allowance from the 12 months, previously earned by the workers as a result annual leave was said to have pitched the striking workers against management.
Although consultants at the hospital are not part of the strike, the complementary services of other health workers, such as nurses, pharmacists, laboratory scientists among other have been withdrawn due to the strike action.
A consultant who spoke with The Tide on condition of anonymity said, “although consultants manage the patients, the strike action has hampered their services, as it would amount to a great risk for consultants to attend to patients without other complementary medical services”.
The Rivers State branch of the Nigeria Medical Association (NMA), has however waded into the disagreement between the striking workers and the management of UPTH.
President of the Rivers State branch of NMA Dr Ibitrokoemi Korubo who commended on the issue, in an interview with The Tide, said it was imperative for the management of the hospital and workers to work together for better service delivery.
He regretted the consequences of the strike action on patients, and disclosed that the NMA, had held a series of meetings with both parties to resolve the issue.
When contacted on phone, the Chief Medical Director of UPTH, Prof Aaron Ojule declined to comment on the issue. 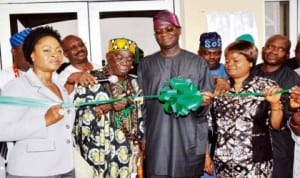 250 Get Free Treatment In Port Harcourt

A new drug that delays the onset of type 1 diabetes received approval from the US Food and Drug Administration.
It is the first therapy approved for prevention of type 1 diabetes.
The monoclonal antibody teplizumab, which will be marketed under the brand name Tzield, from ProventionBio and Sanofi is given through intravenous infusion. The therapy will carry a wholesale cost of roughly $194,000 for a full course of treatment, the drug’s manufacturer said in an investor call on Friday, although this is not expected to be the price consumers would pay.
It is thought to work by turning down the body’s misdirected attack on its own insulin-producing cells. The idea is that protecting these cells buys people more time before they become dependent on insulin to manage their condition.
In clinical trials, Tzield delayed progression to full-blown diabetes by a little over two years. But the benefits have lasted much longer in some of the study participants.
One of them, Mikayla Olsten, was screened for diabetes after her 9-year old sister, Mia, suddenly developed a life-threatening episode of diabetic ketoacidosis and was diagnosed with diabetes. There was no history of diabetes in the family, and Mikayla was not sick, but she had four of the five types of autoantibodies that doctors look for to assess a person’s risk.
“They told us when somebody has that many markers, it’s not if they’re going to develop diabetes, it’s when,” said her mom, Tracy.
Mikayla was 15 when she joined the study and received teplizumab. She is now 21 and a senior in college. She gets an annual battery of tests to check her pancreas and blood markers, and Tracy Olsten says her condition has not progressed in six years.
According to a scientific statement from JDRF, the Endocrine Society and the American Diabetes Association, when a person has markers for autoimmune disease and episodes of uncontrolled blood sugar, the five-year risk for progression to insulin-dependent symptomatic disease is 75 percent. The lifetime risk of developing insulin-dependent diabetes is nearly 100 percent.

Benefits Of Garlic To Health

Garlic is a bulbous herb vegetable that is scientifically called Allium sativum.
A lot of people do not like to take garlic because it is assumed to cause mouth odour when eaten raw. Little do you know that garlic has more health benefits to the body than you had imagined.
According to research, garlic is said to be an antibiotic and immune enhancer which helps to fight bacteria, fungi, viruses and intestinal parasites in the body. It does not lose its effectiveness when cooked.
It is also a good source of vitamin C, B6 and has other minerals like manganese and selenium. Selenium is a rich mineral resource that helps to fight cancer in the body.
Garlic can be used in several forms: from cloves and smooth paste to powders and supplements like garlic oil and extract.
It adds flavour to meals and can be easily included in diets. Garlic can be used to make savoury dishes, sauces, soups, and so on.
This article will give you more insight about the healthy benefits of taking garlic.
. Cures ear infection
Garlic has anti-inflammatory and antimicrobial properties.  Applying garlic cloves to your ears helps to cure the infection and gives a better sensation.
. Relieves pain in the body
Garlic has an effective way of easing the body’s discomfort. This is achieved by applying garlic oil to the affected parts.
. Improves eyesight
Scientists have made it known that the antimicrobial property of garlic helps to fight microbes causing eyesight keratitis. It also reduces intraocular pressure.
. It normalises blood sugar
According to research, consuming raw garlic helps to prevent high blood sugar, which could eventually lead to diabetes, obesity, etc. It stabilises blood sugar in the body.
. Fights cancer
Garlic contains anticancer properties, which help to improve the inflammation that could increase the risk of cancer in the body. It also boosts enzymes that destroy carcinogens.
. Boosts the immune system
Garlic consists of antioxidants which flush out toxins and reduce oxidative stress in the body. It supplements the body and increases various immune systems in the body.
. Prevents cardiovascular diseases
Heart attack and stroke are said to be some of the cardiovascular diseases responsible for death.
Garlic helps to reduce the risk of heart disease in the human body. It enhances nitric oxide, which is essential to maintaining normal blood flow. It also hinders arterial disease, blood clotting and inflammation.
. Prevents illness
Taking garlic helps to fight against illnesses and reduces the risk of common cold, flu etc in the body system.
. Fights dementia and Alzheimer’s disease
Dementia is an illness that mostly affects the aged. Garlic helps to prevent such occurrences because it has antioxidants that inhibit cell damage and loss of memory.
. Improves the skin
Due to its antioxidant and other biological properties. Garlic is said to help with improving issues in the skin such as keloid scars, wounds, psoriasis, viral and fungal infections, skin aging, etc. It aids immunity and prevents UVB damage.
Source: https://tribuneonlineng.com/ten-health-benefits-of-garlic-you-should-know/

The Chairman of Rivers State branch of the Nigerian Medical Association(NMA), Dr. Ebbi Robinson has blamed dearth of manpower in health sector to poor welfare.
He told The Tide Health that brain drain in the health sector will persist if welfare and renumeration are not tackled.
“It has been affirmed that Nigerian medical doctors are one of the best in the world and yet they prefer working outside the country” Dr. Robinson remarked.
He observed that the environment is not conducive it leads to fatique and mental exhaustion.
“So what we are advocating is for promotion and motivation to medical doctors, if not they will continue to leave the country to where they are better remunerated,” Robinson said.
While commending the State Government for improving facilities and medical facilities in the state, Robinson noted there is still serious lag in manpower.
Said he, “ Rivers state is above national average when it comes to medicare, but welfare is still required to sustain the system.”
He commended the governor, Chief Nyesom Wike for upgradement of tertiary medical facilities such as the Rivers State University Teaching Hospital and the Cancer and  Cardiovascular Centre but urged for maintenance and expertise manpower to sustain the facilities.
Scoring the state high on tackling communicable diseases, he lauded proactive measure taken by the Rivers State Primary Health Care Board in reducing disease burden in the state.
However, he urged the general public to take issues of health serious, and always visit and consult medical experts for ailments, and avoid quacks.