The Rivers State Government has predicted a reduction in maternal and infant mortalities by 75 and 66 per cent respectively by 2015.

The state Commissioner for Health, Dr Sampson Parker, who stated this at the flagging-off of the 2010 maternal, new born and child health week at Bunu Nonwa in Tai Local Government Area, said that the target is in consonance with the objectives of the millennium Development Goals (MDGs).

Represented by the Director of Primary Health Care in the Ministry, Dr Akwo Okujagu, the commissioner noted that the event was aimed at creating awareness on the need for family planning, post natal care, immunization and others by the people.

He also said that the  ministry decided to flag off this years week in the rural areas because of its high population density.

He regretted that most children are now vulnerable to diseases, while one  in every 13 pregnant women dies before child birth.

Osum stressed the need for constant vaccination of children against polio and other related diseases such as measles, tuberculosis, yellow fever and others, while mothers should be vaccinated against tetanus infection and other diseases.

The UNICEF representative also urged communities to join hands with health workers and voluntary organization to ensure the success of immunization in their areas.

In his speech, the chairman of Tai Local Government Area, Mr Barry Mpigi thanked the state government for choosing Tai for the flag off ceremony.

Mpigi, who was represented by the council vice chairman, Hon Sylvia Ngbu warned against premarital sex.

The event which attracted people from all walks of life featured traditional dances and cultural displays. 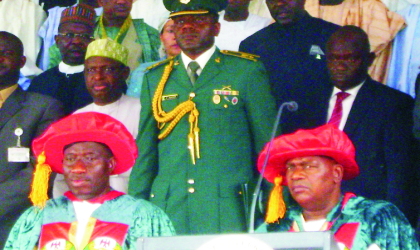