The House of Representatives will reconstitute its 84 standing committees after its resumption from the Easter break, Rep Ita Enang, the Chairman, House Committee on Rules and Business, has said.

Enang told newsmen in Abuja yesterday that when the House resume sitting on April 20, the Selection Committee, chaired by Speaker Dimeji Bankole, would reconstitute some of the standing committees.

“The Selection Committee members were asked not to travel out during the Easter break because the committee will meet to consider the proposals on reconstituting the committees which have been without headship.

“You are aware that the works committee and those of information, power do not have substantive chairmen; they only have acting chairmen,’’ he said.

Enang (PDP-Akwa Ibom) said that the reconstitution of the standing committees was not unusual, adding that efforts should be geared toward making the House more efficient and aiding it to carry out its oversight functions.

The Tide’s source recalls that Deputy Speaker, Usman Nafada, who presided over Wednesday’s plenary, told members of the selection committee to stay back in Abuja and finalise the selection process.

The source reports that the committees on Information, Works, Power and Privatisation and Commercialisation have been without formal headship due to removal, resignation or death of their chairmen.

Enang said that the focus of the House when it resumed would be more on deliberation of bills as against motions.

“I want to share your views about motions and I am sure you know what we go through in the rules and business committee in making sure that motions do not get priority over bills,’’ he said

“Members have been very active in initiating bills, we should be active in giving the bills due consideration,’’ he said. 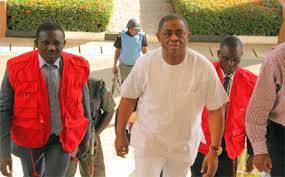