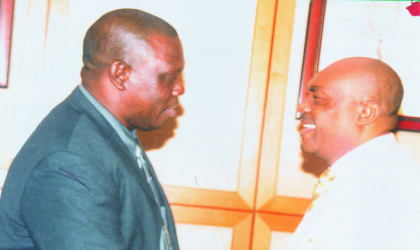 No fewer than 1,178 Nigerian citizens were deported last year from 16 countries over drug related offences.

In an annual report released recently, the National Drug law Enforcement Agency (NDLEA), disclosed that the suspects were mainly deported from the United States of America, Libya, Switzerland, Italy and France.

According to the statement, a total of 7, 899 suspected drug offenders were arrested within the country and 336, 442.28 kilogrammes of illicit drugs seized from them. The suspects, according to the report, are made up of 7, 584 males and 315 females.

The data indicated that the 2008 performance exceeds 2007 where the agency arrested a total of 6, 308 suspected drug offenders and seized 211,476 kilogram’s of drugs.

The suspects according to the NDLEA report, then were made up of 5, 891 and 417 males and females, respectively.

A breakdown of the drugs shows that cannabis accounted for the largest quantity with 210, 262. 90 kilogrammes.

The statement further revealed that  drug suspects arrested in 2008 shows   there was an increase of 1,591, representing 20.14 percent increase over 2007, adding that the bulk of Cocaine and heroin seized were intercepted at the Lagos International Airport, Abuja and kano.