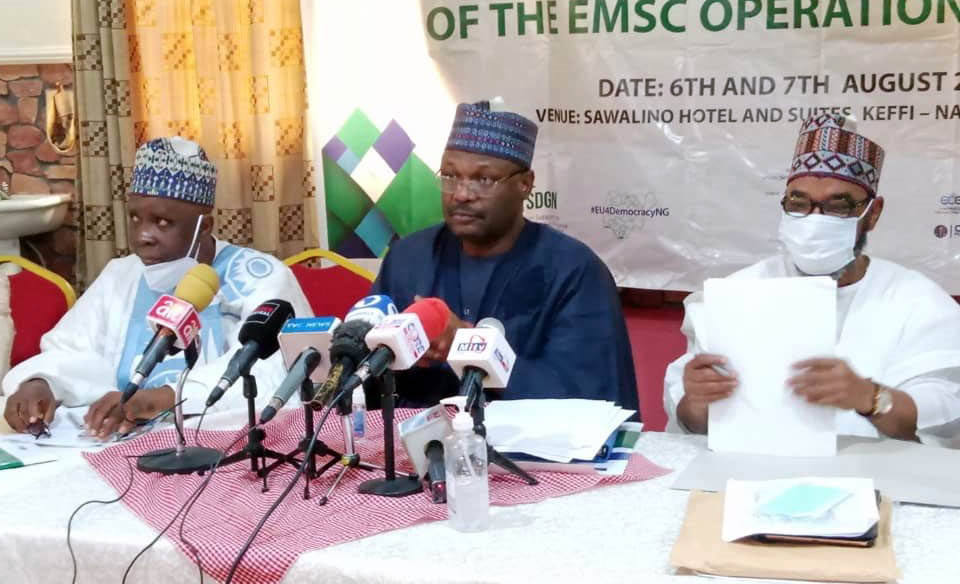 The Independent National Electoral Commission (INEC) says it has suspended in-person or physical registration of voters in Anambra, though online pre-registration of voters in the state would still continue.
INEC Chairman, Prof. Mahmood Yakubu, disclosed this at the commission’s 3rd quarterly meeting with leaders of political parties on Monday, in Abuja.
He said that the decision was to enable the commission to prepare for the state governorship election scheduled for November 6.
This is just as he disclosed that 717, 947 Nigerians had so far participated in the nationwide physical registration at INEC state and local government offices, beginning from July 26.
“Today, it is exactly two months (or 60 days) to the election. As you are aware, the commission devolved the Continuous Voter Registration (CVR) to the 326 Registration Areas, in addition to the 21 Local Government offices and the State office of the commission.
“The physical exercise was suspended yesterday, i.e. 60 days to the election, as required by Section 9 (5) of the Electoral Act 2010, as amended.
“However, the online pre-registration option will continue to be available, but no appointment for completion of registration can be scheduled until after the election.
“The commission will use the next few weeks to compile the register of voters for claims and objections, clean up the data, print the PVCs for collection by registrants and compile the register for each of the 5,720 polling units in the state”, he said.
Yakubu assured that every newly registered voter in the state, including those who applied to transfer from within and outside the state, or for the replacement of damaged or lost Permanent Voter Cards (PVCs), would have their cards printed and made available to them before the election.
He said each political party fielding candidates in the election would be given a copy of the voters’ register on October 7.
On the weekly updates for week 11 of the nationwide CVR, Yakubu said as at 7 am on Monday, September 6, a total of 2,729,819 fresh voters had completed their pre-registration online.
On the nationwide physical registration at INEC state and local government offices, which began on July 26, Yakubu said, so far 717,947 Nigerians had completed their registration at the designated centres.
“With the benefit of technology, we have also been providing detailed information on the cumulative distribution of registered voters by age, occupation, gender and disability on weekly basis.
“By doing so, we hope leaders of political parties will use the information in articulating their manifestos and planning their campaigns to target the concerns of specific categories of citizens.
“For instance, in terms of age, young Nigerians between the ages of 18 and 34 constitute 65 per cent of new registrants and 72 per cent of completed registrations so far.
“In terms of occupation, students constitute 32 per cent of the new registrants and 42 per cent of completed registrations and remain the largest category since the exercise began 11 weeks ago.”