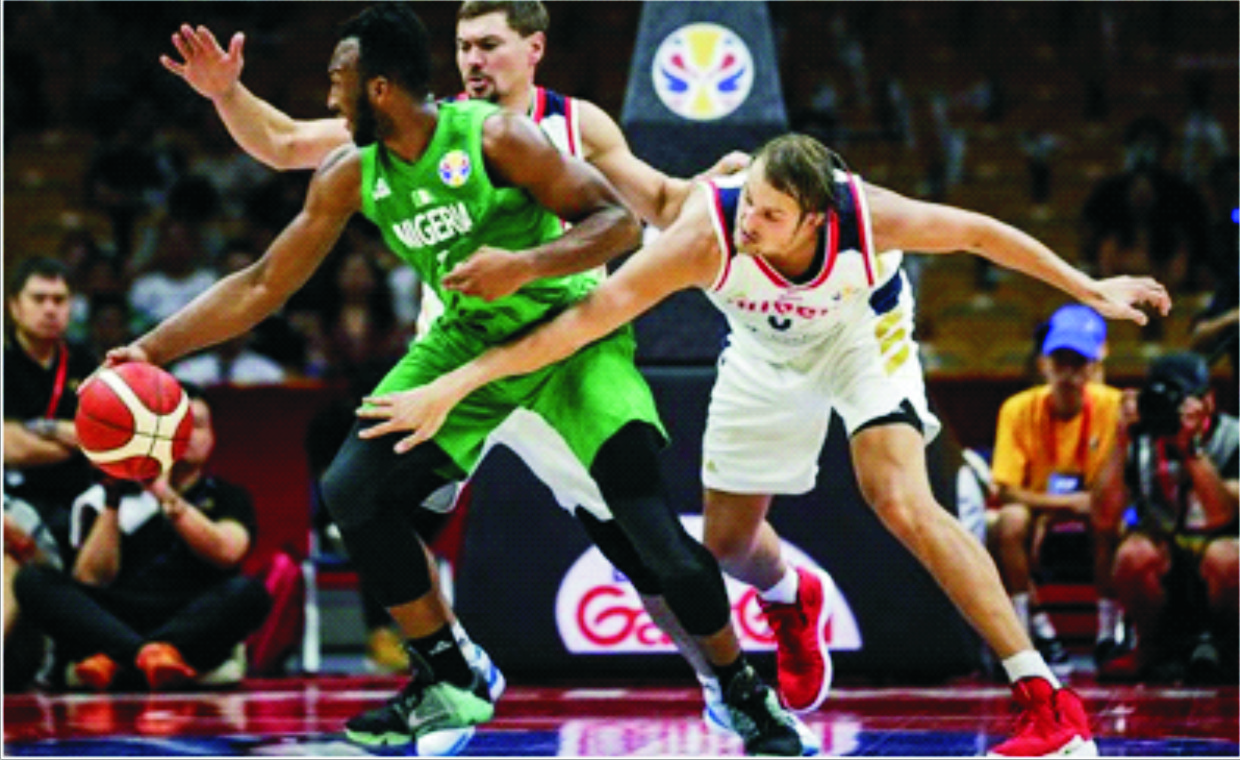 President, Nigerian Basketball Federation, Musa Ahmadu-Kida, says D’Tigers star Michael Eric would be missed at the Tokyo 2020 Olympic Games after Eric ruled himself out of the Games despite recovering from COVID-19.
Eric, 33, who recently won the European Championship with CSKA Moscow, pulled out of the provisional squad, saying he would not be in the best physical condition to compete in Tokyo.
“Eric since making his debut for the team has established himself as a very important part of what we are trying to achieve as an organisation,” Ahmadu-Kida said in a media statement.  We will definitely miss him, but we hope to see him back soon.”
Assistant coach of Nigeria’s basketball national team Ogoh Odaudu also said Eric’s experience would be sorely missed.
“It’s no doubt that Eric’s absence will be surely missed as he brings something to the team but his health should come first,” Odaudu
“He did the right thing pulling out because of his health, which is important. His absence will give other players in camp a chance to step up and prove their worth. I hope he will be fully fit to compete at the Afrobasket tournament after the Olmypics”,