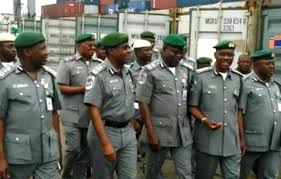 The Nigeria Customs Service, Federal Operations Unit, Zone D, Bauchi, has seized 33,900 litres of diesel, four vehicles, insecticide, and other contrabands worth N51.2 million within five months.
Comptroller, FOU, Zone D, Adesanmi Omiye, disclosed this in a statement.
Comptroller Omiye said from February to June 2021, the unit seized a vehicle containing 33,900 litres of diesel in 565 bags worth N12.9 million around Otukpa in Benue State.
Omiye disclosed that other seizures included 24 bundles of foreign textile materials with Duty Paid Value (DPV) of N8.8 million, four vehicles with N5.1 million DPV and 27 bales of second hand clothing worth N4.8 million DPV.
Others, he said, included used tyres and rice.
He said the actions of the Custom operatives were in line with the provisions of Section 8 and Section 158 (Power to Patrol Freely) of Customs and Excise Management Act (CEMA) Cap C45 Laws of the Federation of Nigeria 2004 as amended.
He explained that the seized diesel was coming from Port Harcourt.
“We know that this is supposed to be taken out of the country but we were able to seize it. Everything inside there is diesel and this is supposed to be for local consumption.
“If we had compromised, it would have gone to a foreign country and they will be enjoying our subsidy which is meant for our local market and we will be suffering here”, he said.