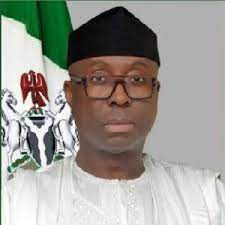 The Minister for Industry, Trade and Investment, Mr Niyi Adebayo, has assured that Nigeria would not be a dumping ground of unidentified products from other African countries when the African Continental Free Trade Agreement (AfCFTA) is activated.

Adebayo, who led the National Action Committee (NAC) on AfCFTA on a two-day tour of Delta State, gave the assurance in Asaba, the state capital, at a press briefing.

The visit to Delta, which is the sixth state so far visited, was to discuss opportunities abound for made-in-Nigeria products in the larger African market.

According to Adebayo, who was represented by the Director of Trade in the Ministry, Aliyu Abubakar, AfCFTA has provided a platform to ensure that every product has an identifiable place of origin.

He explained that other countries through AfCFTA agreed to liberalise 90 per cent of their products to the market.

“The remaining 10 per cent is left under special and sensitive products that they may wish to keep.

“But the main objective of the agreement is to liberalise trade so that African countries can trade more among themselves and through that, African economies will be integrated.

“As regards flooding of the market with substandard products, there are mechanisms in place in the agreement.

“The rule of origin is a criterion where participating countries must source their products locally. There is also a provision to guide against transhipment of products outside the African market,” he said.

He urged Delta State to key into the AfCFTA to showcase its potentials in oil palm, aquaculture and other products in a larger African market.

According to Emu, the demand push or pull, particularly when there is an off-taker agreement, is a game-changer for the private sector.

He said the trade and job creation ability of the agreement would be unprecedented in Africa.