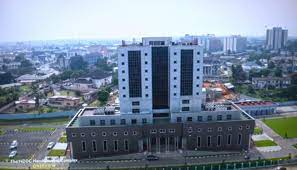 President Muhammadu Buhari has been told to listen to the voice of reason from all well-meaning Niger Deltans, and the elected governors of the region, the true representatives of the people, and inaugurate the Senate confirmed Board of NDDC, which the Minister of Niger Delta Affairs, Senator Godswill Akpabio, had promised will be inaugurated on April 1, 2021.

Ebiakpo said that beyond the well-stated and established case of the illegality of interim managements, not known to the law establishing NDDC, but which have been superintending over the affairs of the commission since November, 2019, there was also the urgent need to douse the rising tension in the region, which has reached fever pitch.

The statement reads in part, “The patient but long-suffering people of the Niger Delta are beginning to lose their cool over an unending forensic audit that has been used as guise in the past 18 months to hold down development of the region despite a whopping approved budget of N799.5billion that has been squandered with no single project to justify this humongous amount.

“Notable groups kicking against the continued stay of the Interim Administrator and demanding the immediate inauguration of the Senate-approved substantive Board include the Ijaw Youths Council (IYC) Worldwide, Urhobo Progressives Union (UPU), Pan Niger-Delta Forum (PANDEF), and the Movement for the Survival of the Izon Ethnic Nationality in the Niger Delta (MOSIEND). Like the governors of the South-South, the groups had insisted on the inauguration of NDDC board by President Muhammadu Buhari on Thursday, April 1, in accordance with the Act setting up the intervention agency.

“Mr. President, these groups, the IYC, PANDEF, MOSIEND, and UPU have said that anything short of inauguration would amount to an aberration, and ‘would be resisted by Niger Delta people’.

”We also wish to remind President Buhari that during their March 8 meeting in Port Harcourt, Rivers State capital, the South-South Governors’ Forum (SSGF) chaired by Ifeanyi Okowa of Delta State also advised that apart from payment of workers’ salaries, NDDC funds   should be reserved in an escrow account, pending the inauguration of the board.

“We recall that the Minister, Senator Godswill Akpabio, had assured Niger Deltans in October, 2019, that no contract will be awarded and no contractors will be paid pending the conclusion of the Forensic Audit which he stated will be completed within six months, to terminate by April, 2020.

“The expectation was that he would quickly conclude the forensic audit within the stipulated timeframe without expending the resources of the commission and then inaugurate the substantive board with representatives from the nine constituent states in line with the Act establishing the commission.

“Sadly, it has taken one year and six months for an audit that should not last longer than six months. In this intervening period rather, there have been established cases of misappropriation, kleptomania, fleecing of the commission’s treasury and gross underdevelopment in the region as was revealed in the Senate probe of May, 2020, which report was adopted at plenary in July and subsequently submitted to the Presidency.

“We are also further saddened that the Federal Government had approved and released N799.5billion for the 2019 and 2020 budgets of the commission with no tangible projects that the Minister, Senator Godswill Akpabio, can lay hand on as his initiatives under the period in view.

“Billions have been frittered away by the interim management committees over the last 18 months with no visible projects apart from N10billion expended on the headquarters building which was already 70% completed! We are also aware that billions of Naira have been spent by the various Interim Management arrangements at the NDDC since November, 2019, for unverified contracts.

“During this time not one single project has been commissioned.

“These payments are not unconnected to illegal emergency contracts.

“As we stated earlier, tension is rising in the region and President Buhari should listen to the voices of the Niger Delta people and put a halt to management charade at the NDDC by putting in place the Governing Board for the NDDC comprising the representatives from its nine constituent states in line with the NDDC Act.

“We recall that President Muhammadu Buhari had in exercise of his constitutional powers forwarded to the Senate for confirmation, the appointment of a 16–member board of the Niger Delta Development Commission (NDDC) via a letter dated 18th October, 2019, personally signed by him.

“Specifically, President Buhari, in the letter, sought the Senate’s confirmation for Dr Pius Odubu, former Edo State deputy governor as chairman of the NDDC, Chief Bernard Okumagba as managing director and 14 others as members of its board.

“Accordingly, the written request, which was read on the floor of the Senate on Tuesday, October 22, 2019, by its President, Dr Ahmad Lawan, was given expeditious consideration by the upper legislative chamber, which directed its Standing Committee on Niger Delta, to screen all the nominees and report back within a week.

“The Senate screened and confirmed the appointments of 15 out of the 16 nominees on Tuesday, November 5, 2019, based on the report tabled before it by the Committee on Niger Delta. We, therefore, call on President Buhari to be sensitive to the complexities and sensibilities of the Niger Delta people.

“Moreover, NDDC is a creation of the law which the President swore to abide by, protect the constitution and the law.

“It is in the best interest of the region and country, for the President to activate the spirit and letters of the extant laws by inaugurating the Board,” Ebiapko added in the statement.