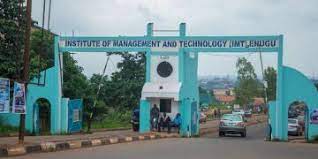 The late former Rector of Institute of Management and Technology (IMT), Enugu, Igwe Callistus Njeze, and traditional ruler of Umuavulu, Abor, Udi Local Government Area of Enugu State will be interred on April 8.
Dr Clara Anidi, IMT’s Director of Research and Development, confirmed the development to The Tide source in Nsukka yesterday.
She said that the late don, popularly known as Odalije in Abor before he became the traditional ruler of Umuavulu, died on Jan. 27, at the age of 78.
According to her, as part of the funeral rites, IMT management will hold a valedictory session for the late erstwhile Rector on April 7.
She said that the session billed for the Institute’s main campus would enable the staff members and students to pay their last respect to the educationist who contributed immensely to making the institution what it is today.
Anidi said that Njeze would be remembered among other achievements for his efforts to rid IMT of cultists because he had zero tolerance for cultism.
“The institute was rid of cultists under Njeze’s watch. He dealt decisively with any students or staff found guilty of cultism.
“His zero tolerance for cultism and anti-social behaviours made students to embrace hard work and discipline,” the director said.
She said it was also during the administration of Njeze, that IMT in 1991 engaged more workers to fill numerous existing vacancies.
“Many vacancies in the institute were filled by Njeze which helped to promote academic and administrative excellence through quality teaching and learning.
“Many of the IMT management staff members now, including my humble self, were employed during the administration of the late Njeze,” the director added.