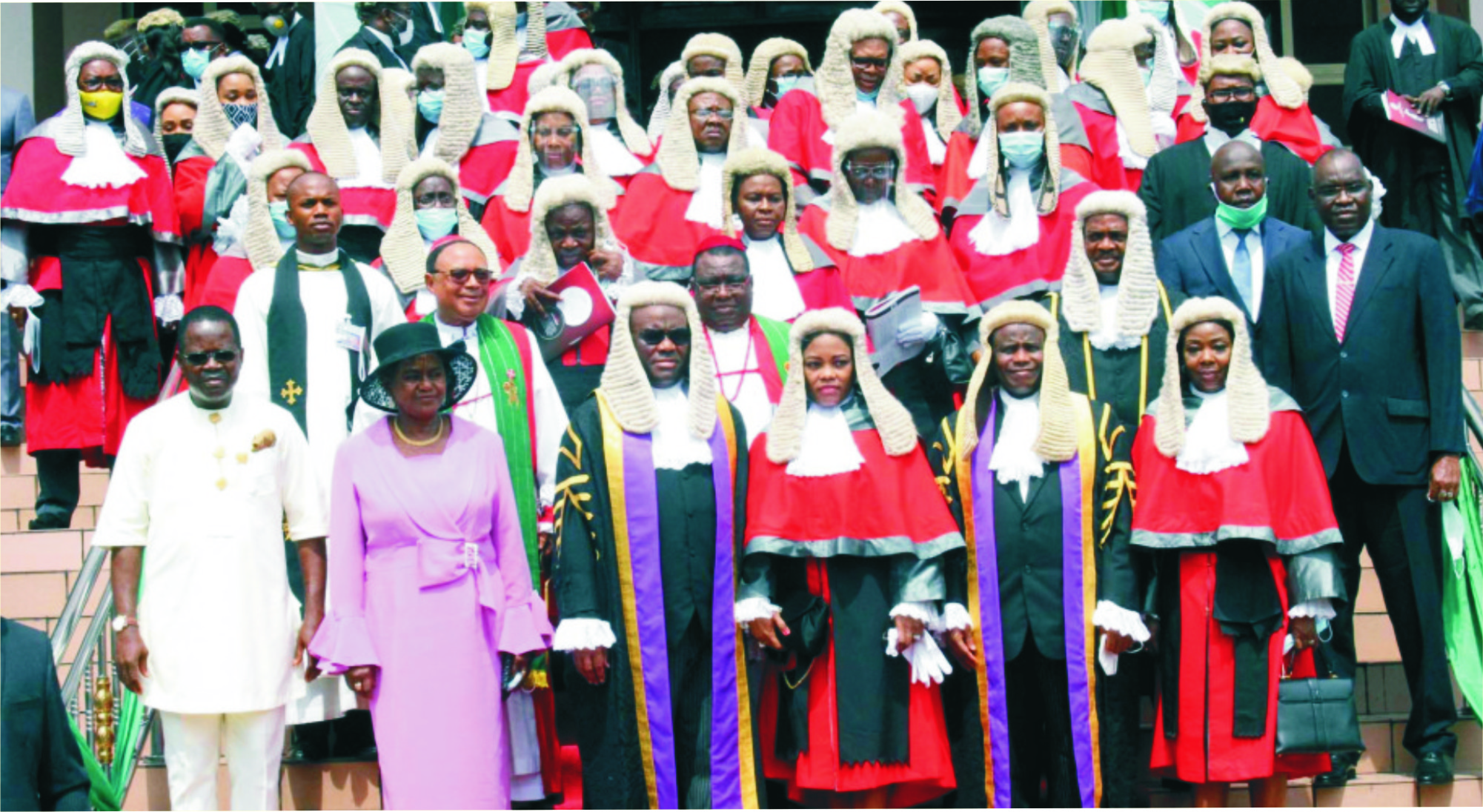 The Rivers State Governor, Chief Nyesom WIke, has flayed members of the Nigerian Bar Association (NBA) in the state for alleging that there were extra-judicial killings in Oyigbo Local Government Area during the recent #EndSARS protests “that were later hijacked by hoodlums which led to deaths of many persons, including security agents and destruction of properties,” insisting that there were no extra-judicial killings in the area as alleged.
The governor made this clarification while reacting to an address presented by the Chairman of the NBA, Port Harcourt Branch, Prince Nyekwere, during the special court session to commence the 2020/2021 legal year in the state, over the weekend.
Nyekwere, who spoke on behalf of other branches of the NBA in the state during the programme, alleged that there were extra-judicial killings in Oyigbo during the last #EndSARS protests in the state, and added that the association would provide pro bono legal services to the affected members of the public who may not have money to hire lawyers to represent them at the sitting of the investigative panel of inquiry set up by the state government as directed by the Federal Government.
Wike, however, not satisfied with the position taken by the group, took a swipe at the state leadership of NBA, accusing them of taking a position on a matter that has not been heard by the investigative panel.
He wondered why the association, which has not submitted any memorandum to the committee, would come to such conclusion, and pass judgement on a matter that was still at its pendency stage, regretting that the NBA’s stance was against the practice principle.
The state chief executive reiterated his earlier stand that there was no extra-judicial killing in the area, adding that he cannot be a sitting governor and allow any part of the state to be taken over by terrorists and miscreants.
“I cannot allow terrorists and miscreants occupy and take over or hoist any flag in any part of my state. Not when I am a sitting governor,” he stated.
It would be recalled that the NBA in the state had announced that it would set up a separate panel to investigate the Oyigbo #EndSARS carnage.