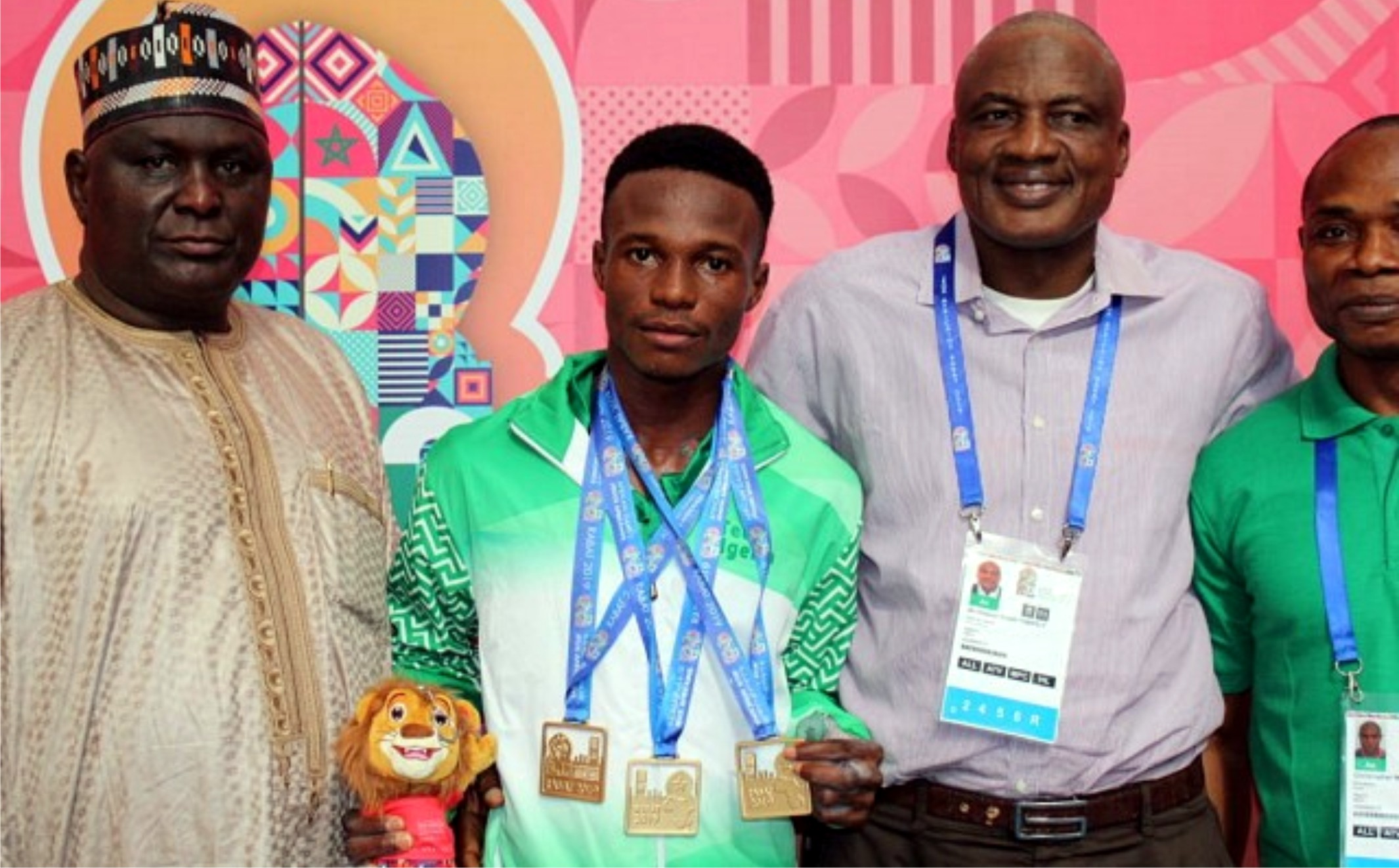 Israel Adesanya defeated Paulo Costa to retain his UFC World Middleweight Championship in the early hour of yesterday.
The Nigerian-born New Zealand martial artist knocked out the  Brazilian in the 2nd round to extend his records inside the Octagon to 20 bouts unbeaten.
Adesanya started the bout strongly and was aiming kicks to the thigh and knee of Costa, who was waiting for the opportunity to counter.
Adesanya continued to aim kicks at as Costa seemed to become more preoccupied with taunting Adesanya into a brawl than working.
Adesanya took the first round as Costa failed to land any significant punch all through the round.
The Nigerian nightmare continued to dominate the second with series of kicks at Costa’s leg before both fighter traded punches and it, Adesanya, who dropped Costa to the mat with a powerful left hook.
Adesanya then swarmed with punches and elbows into the back of Costa’s head and the referee decided to stop the fight to save the Brazilian from further punishment.
Adesanya has now extended his record to 20-0, while Costa suffered his first loss in 13 fights.
“I told you guys. Anderson Silva left a great legacy, and I said I want to do service to the middleweight division,” Adesanya told broadcaster Jon Anik after the fight.
Related Topics:
Up Next